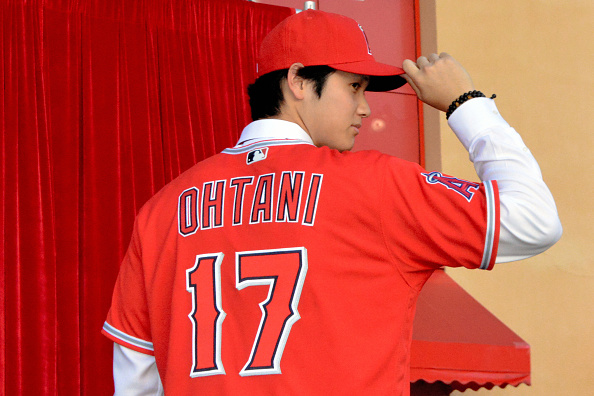 FA Nation, how are we doing!? In case you missed it, or just looking for some more information, there was some big-time fantasy baseball happenings the past couple days. The international phenom, Shohei Ohtani, found his home in the states and one of the game’s best power hitters was traded to the 2017 American League runner-up. Let’s break down the noteworthy signing and trade. 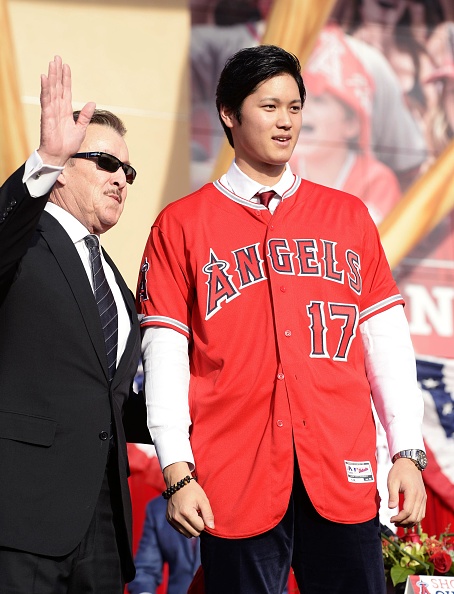 The international phenom was one of the most sought-after prizes of this offseason and coming to the states at a much younger age than most Japanese players was enticing for numerous clubs. At the end of the day, Ohtani chose the Los Angeles Angels and will serve as a two-way player for the club. However, his non-pitching days won’t likely result in Ohtani logging outfield appearances, according to GM Billy Eppler.

Like many international pitchers, adjusting to the new pitching schedule here in the MLB will be a priority for Ohtani, but if the Angels operate with a six-man rotation, those concerns would be alleviated. He’s a dynamic pitcher with an excellent, hard fastball and a splitter comparable to Masahiro Tanaka’s. In 543 innings as a starter in Japan, Ohtani sported a 2.52 ERA, 1.08 WHIP and 10.3 K/9. For comparison, Yu Darvish posted a 1.99 ERA, 0.99 WHIP and 8.9 K/9.

At the dish, he slashed .286/.358/.540 with 48 home runs, 166 RBI and 13 stolen bases in 403 games. Ohtani sports excellent raw power, but a longer swing could translate to some early season struggles for the 23-year-old. In the early parts of 2018, expect better results on the mound for Ohtani, as his swing gets familiarized with the elite pitching here in the MLB.

His fantasy impact in 2018 is sure to be intriguing and name value alone is going to push him up many draft boards. He’s in a rather neutral park, so his stadium doesn’t negatively affect him one way or another. His stuff on the mound could immediately make him the ace in the Angels rotation and he could quickly develop into a fantasy ace as well. Getting him as close as you can to being the 20-25 starting pitcher off the board would be a good deal. Given his stuff, even that could prove to be a good deal.

One thing that everyone needs to monitor is how established fantasy sites are going to evaluate Ohtani in weekly leagues. Will his pitching and hitting stats count? Will you have to choose him as a pitcher or a hitter for each week and only get the stats for your selected position? Can you change him in your lineup on a daily basis as he’ll have both pitching and utility availability? This is an intriguing dilemma and each site will likely handle it differently. Make sure you’re aware with your platform’s decision.

For what it’s worth, I think he hits 12 home runs and wins 12 games as a pitcher this season.

Stanton Heads to the Bronx 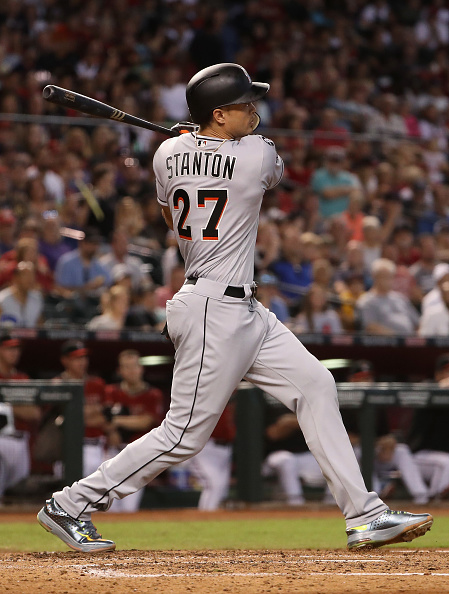 As if Aaron Judge and Giancarlo Stanton weren’t enough in the Yankee lineup, Stanton will be joining the heart of the order after his career year in 2017. Here was the deal:

Marlins fans likely aren’t happy with the deal, but they did rid of themselves of a ton of money and received some usable assets back. In fact, one could argue that Castro was the best major league asset given in any reported deal for Stanton. Both Devers and Guzman are still a couple years away from the bigs, but the potential with both intrigued the Miami organization.

As for Stanton, this move to New York certainly benefits him. Miami’s stadium was below average for right-handed hitters, but Yankee Stadium is above-average. The short porch in right field draws a lot of love for lefties, but right-handers have no problem launching the ball out of there either. Last season, Stanton launched 59 home runs and posted an exceptional .281/.376/.631 slash line in 159 games with the Marlins.

The knock on Stanton in years past has been health, but when healthy for a full season, Stanton showed just what he could do. He served DL stints in 2014, 2015 and 2016, but the luxury of getting DH appearances should keep his body healthy for the whole season. Stanton will likely cycle DH appearances with the likes of Aaron Judge, Brett Gardner and Gary Sanchez (if he needs a day).

There hasn’t been any confirmation of where Stanton would hit in the order, but it’s likely going to be in the third or fourth spot in the lineup. Regardless, he will have protection around him, so the opposition is going to have to pick its poison with this threatening lineup. Stanton and Judge will form a lethal duo and the two will likely combine for more home runs than some teams over the course of the whole season!

So, the move to New York automatically means that Stanton will top last year’s mark of 59 home runs, correct? No, it doesn’t. His HR/FB ratio was nearly eight percentage points higher than his career mark and it’s important to note that he never hit more than 37 before last season. Yes, health was a huge determinant in that, but the regression monster could rear its head with Stanton. However, it’s encouraging that his BABIP was slightly lower than last year, but his batting average received a huge jump. Yes, all the home runs certainly helped that.

Banking on Stanton to hit 59 home runs again might be a mistake, but his new home should present the opportunity to come close to last year’s mark if everything goes right. In fact, the AL East presents multiple stadiums that are above-average for right-handers leaving the yard, which certainly provides numerous reasons for optimism with Stanton in 2018. However, beware of regression, because following up a season with 59 home runs is no easy task, but then again, Stanton is an elite talent and he’s going to cost you a pretty penny in drafts this season. The power-hitter will be a top-10 pick in most drafts this season.