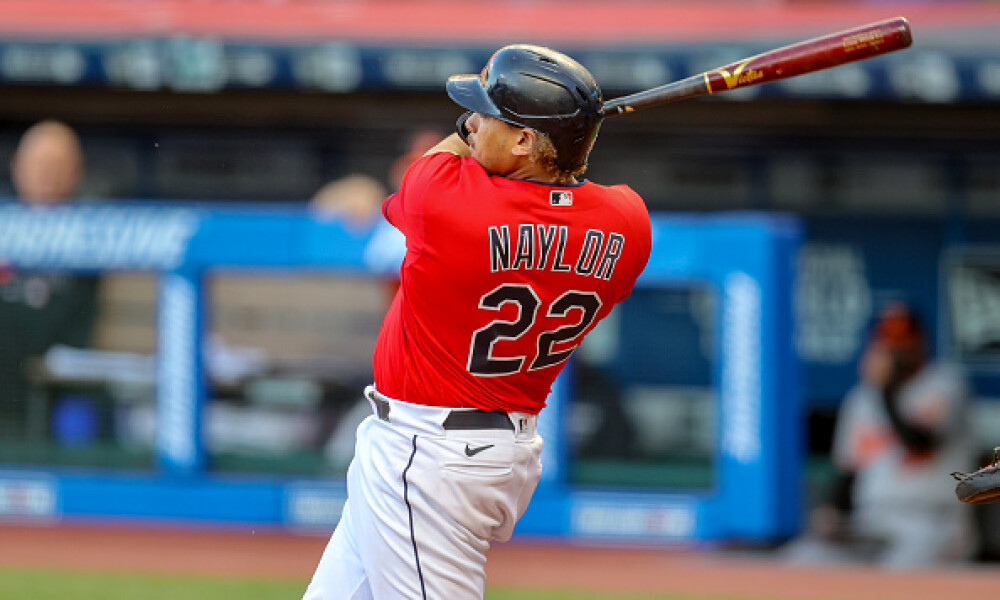 After a light interleague schedule last week, things pick back up this week. However, the majority of the interleague showdowns are two game sets in the beginning of the week. The only three game interleague series is over the weekend in San Francisco, where a certain Oakland slugger will be relegated to pinch-hitting duties. Continue reading to find out how these teams likely handle the addition/removal of the designated hitter from their lineup, as well as who stands to gain/lose value this week!

A two-game set in Chicago will force the hand of the Indians a bit. Bobby Bradley is locking down the first base gig, as he should be, leaving Yu Chang to get some reps at third base if Jose Ramirez needs a breather, or if his ankle/foot is still bothering him from that foul ball in Pittsburgh. Harold Ramirez could get time in the outfield but could likely split time with Josh Naylor. If Jose Ramirez needs another day or two, Chang plays third, and then Ramirez/Naylor man the fort in right field. If Ramirez is good to go, his only shot at playing is getting a day at first base at the expense of Bradley’s white hot bat. I don’t see anyone really gaining value here, but those who have enjoyed Harold Ramirez’s .333 average in June could miss out on a few at-bats early in the week.

Earlier in the year when the Reds had the DH spot in its lineup, Jesse Winker manned that fort in both contests. Could that be the same this time against Minnesota? I don’t see why not! Winker’s bat needs to stay in the lineup, so he’s going to play one way or another. Now, with the added spot in the lineup, which Red is going to get some at-bats? To me, it comes down to two: One of the catchers or Aristides Aquino. The latter’s batting average hasn’t been great, but three home runs in 21 at-bats this year is solid, and Cincinnati could use some of that pop.

A couple weeks ago, this would have been a tougher decision for the White Sox. Yermin Mercedes has been the team’s primary DH this year, and he was red hot in the early weeks of the season. Now, with the team heading to a National League park, and Mercedes hitting just .122 with a .173 on-base percentage in the month of June, taking his bat out of the lineup doesn’t seem as hard or far fetched as it did through the first third of the season. Don’t expect to see much of Mercedes outside of pinch-hitting duties in this series.

With the Cardinals having a pretty regular lineup on most days, they could go a couple of different routes. They could use the DH to give some of their regulars (Paul Goldschmidt, Nolan Arenado, etc.) a half day off, or they could let Matt Carpenter or Edmundo Sosa serve as the DH. I don’t think any one guy gets that nod in both games of this quick series, so no one really gains any substantial value in the season long realm.

For this two game set with no DH for the Blue Jays, things will get interesting if/when Teoscar Hernandez returns from paternity leave. If he returns, he’ll play right field, and then it’s a matter of whether Toronto puts Cavan Biggio at third base, or if they continue to let the tandem of Joe Panik and Santiago Espinal handles those duties. If Hernandez doesn’t return, Espinal and Panik will man third base, and Biggo will hold down the fort in right field.

The Giants have yet to use Buster Posey as its designated hitter this year, and to be honest, that surprises me. Alas, they gain the DH spot for two games here, and Wilmer Flores seems to be the obvious choice. He has served as the team’s DH twice in five interleague contests (leads the team), and with Jason Vosler getting more time at third base of late with Evan Longoria on the shelf, Flores has bounced in and out of the lineup. Ultimately, Flores will DH one, if not both of these games, and if he doesn’t, Mike Tauchman or Austin Slater likely get the nod.

This will be Colorado’s first trip to an American League stadium in 2021! Josh Fuentes has been getting a lot of at-bats, despite moving around the infield, and if Yonathan Daza is in the outfield, Garrett Hampson typically finds himself on the bench. CJ Cron could be the designated hitter, letting Fuentes play first base, and then Colorado can continue their rotation of Hampson and Rodgers at second base, and Hampson or Daza in in centerfield. It’s tough to decipher exactly what Colorado will do, but with how bad their offense is away from Coors, and overall for that fact, there may not be substantial value either way here.

Well, Oakland uses Mitch Moreland and Jed Lowrie as its primary designated hitters, and here in June, the former has logged eight starts as the DH, with the latter registering three starts. Lowrie can move to second base in a National League park, whereas Moreland can’t go play first, because Oakland should not and will not voluntarily take Matt Olson out of the lineup. Those who rely on Moreland should prepare to be without him for three games this weekend.