The Week That Was Football: The Injuries From Week 6 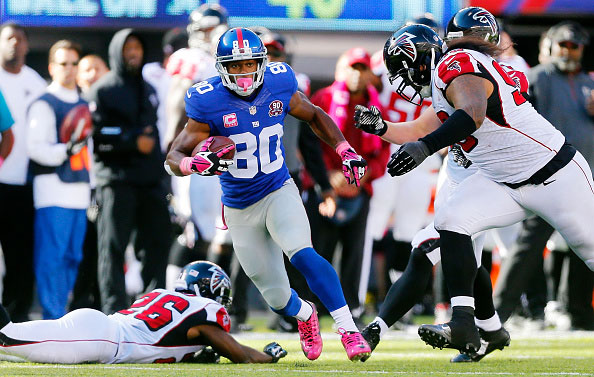 The Week That Was Football: The Injuries From Week 6

Victor Cruz:   Sunday was a just a bad night for the New York Giants.  In addition to getting pasted 27-0, they lost star WR Victor Cruz to a knee injury that, in all likelihood, will end his season. There is no doubt that Rueben Randle and Odell Beckham will get more targets.  The real question is whether they can step up.  Randle gets a ton of red zone looks (when the Giants happen to get into the red zone) but often seems on a different page than Eli Manning. Beckham has been healthy for only two games in his NFL career and one of them was during a team meltdown.  Bottom line: upgrade the remaining Giants WR but do not go overboard as they both come with questions.

Darren Sproles:  Darren Sproles left the Eagles win Sunday with a knee injury.  As of this writing, the reports are all over the map. Some speculate he may have torn his ACL while others guess he will be fine for week 8 after the week 7 bye.  Of course, there is nothing to do but wait and see.  As to fantasy implications if Sproles were to miss significant time, frankly, there are few.  LeSean McCoy is still a stud and Chris Polk would still be a flyer at best.  The real question is whether Sproles will lose some of that trademark speed if forced to play at less than 100 percent.  Again, only time will tell but if you own Sproles in fantasy, you should be looking for bench strength just in case.

Eric Decker:  Eric Decker produced like a healthy WR Sunday, rising to the occasion against his old team, reeling in six passes for 54 yards and a touchdown.  Well, the good news is that the hamstring issues could be behind him.  The bad news is Decker has a short week to heal from any lingering issues and once Thursday arrives, he will land on Revis Island.  When you add in the Geno factor, you have serious risk if you start Decker as anything but a WR3 or Flex in week 7.

Stevan Ridley:  The Patriots and fantasy owners alike are holding their breath waiting for the Monday MRI on Stevan Ridley’s knee.  The fear is that he tore his ACL.  Hopefully, this is just a sprain.  However, even a sprain will keep him out of Thursday’s game and likely a few after that.  Shane Vereen will see a bump in value but he is not the bell cow type running back teams need when in the lead.  If you are in a deep league or in a bind, why not take a flyer on Brandon Bolden and/or James White?

Reggie Bush:  Reggie Bush sat out week 6 but is promising to return to face his former team when the Lions take on the Saints in week 7.  The good news is that like Eric Decker, Bush will be motivated to show his old chums a thing or two.  The bad news for Reggie (at least from a fantasy perspective) is that Joique Bell played well on Sunday, totaling 97 total yards and a touchdown.  Bottom line here is that Bush and Bell will split time in Week 7 but both are RB2/flex plays against a New Orleans team that gave up a ton to Dallas and Tampa the last two weeks.

Cecil Shorts:    Cecil Shorts made the most of his return from the shelf, snagging 10 passes on 16 targets for 103 yards though he did lose a fumble along the way.  If, and that is a huge IF, Shorts stays healthy, he will be the number 1 target for Blake Bortles and the Jags.  However, Shorts rarely does stay healthy.  Given that Shorts has averaged 10 targets a game this year and has the Browns next on the schedule, you have to start him if you got him and hope the hammy holds up.

Carson Palmer:  Carson Palmer surpassed all expectations in his return from shoulder woes, going 28-44 with 250 yards and a touchdown.  I admit that I did not watch the game as I was focused on the Cowboys victory over Seattle.  However, you have to believe that the Cards would not have let Palmer air it out 44 times if they had health concerns.  So, with the Raiders next on the schedule, Palmer will be shooting up the rankings charts of many an expert in the coming days.  If he is on your waiver wire, you need to evaluate your QB situation carefully for a possible upgrade.