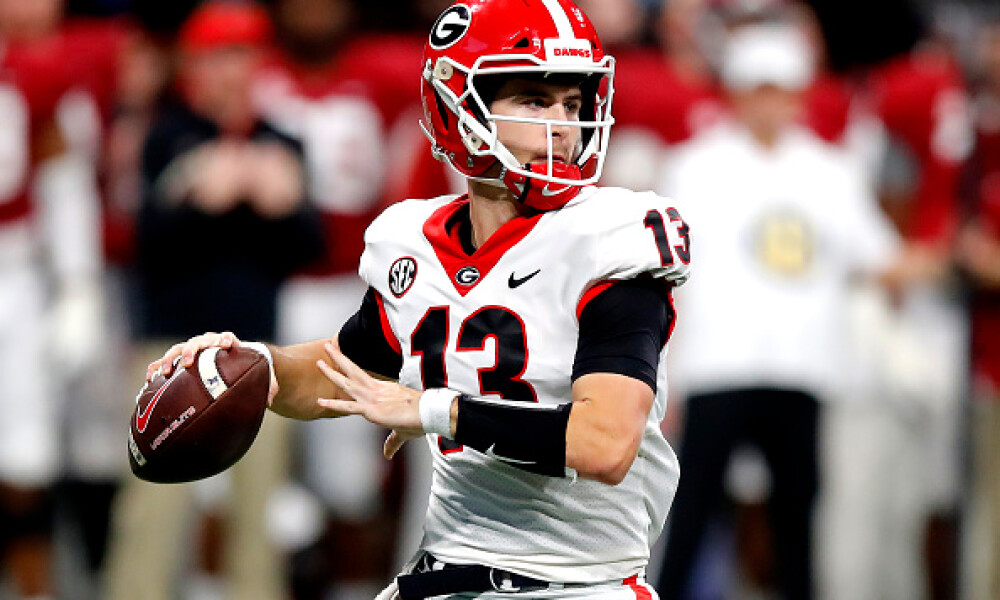 What’s up everyone! It’s Monday Night and we still have football. Not NFL Monday Night Football, but maybe something even better – the College Football National Championship game between the Alabama Crimson Tide and the Georgia Bulldogs!

Monkey Knife Fight has an awesome prop contest for tonight’s game, so get on over there and don’t miss out. Even better they have a special promo going on for tonight only – players will get a FREE $5 CBB ticket for every $20 in CFB entries played up to a maximum of five (5) free tickets per user.

So, let’s look at my favorite MKF plays for tonight’s big game.

For Alabama to win tonight Young must have a great game. He had a Heisman-clinching performance in the SEC Championship against this same Georgia team throwing for 421 yards and four total touchdowns. On the season he completed 67.6% of his passes for 4,503 yards, 46 touchdowns and only five interceptions. 312.5 passing yards is a big number but this is going to be a close game and I do not believe that the run game will be as big as a factor as it was in the Cotton Bowl. The game will be put in Young's hands and he'll throw for more than this number just on the sheer volume of attempts.

This is a game between the Heisman-winner and the quarterback that took the job from a projected Heisman candidate just a few months ago – Stetson Bennett. He has been a capable game manager and able to evade pressure, work the pocket use a little dual threat to get by all season. The questions have been how good of a pure passer is he against elite defenses? Well, he stood tall in the pocket in the Orange Bowl against a tough Michigan defense completing 20m of 30 passes for 313 yards, three touchdowns and zero picks.  Not sure how much Georgia is going to run the ball tonight and it all may fall on Bennett’s shoulders if Georgia is going to win or keep it close. The Georgia offense has been more aggressive with run-pass options, and he has attempted 30+ passes and three for 300+ yards in each of the last two games- something he had not done all season. The Alabama run defense is good and their secondary is banged up, so look for the Bulldogs to sling it more often more Stetson to put up yardage.

With John Metchie out, Williams is without question the alpha of the receiving room. There were questions as to the whether he was matchup proof going into the SEC Championship against this same Georgia squad that has been heralded as a once in a generation-type of defense. So how did he do? He only caught six passes on nine targets for 175 yards and two touchdowns! Williams didn’t have one of his monster games in the Cotton Bowl against Cincinnati (7/62/0), but Alabama only threw the ball 28 times, yet he still commanded a 32% target share. Like we mentioned with Young, the run game will not be as successful against this Georgia team and Young’s passing volume will rise clearing the way for a huge Jameson Williams game tonight.

Bowers has been nothing short of a stud as a true freshman this season. He is on a four-game touchdown streak (six overall in same span) and torched Alabama for 139 yards and a score on 10 catches and 15 targets in their SEC Championship match up in December. He is having a great season, no doubt, but a closer look does call for a bit of concern on this prop. He went over the 70.5-yard prop four times this season and three of those games against UAB, Kentucky and Georgia Tech – not exactly shut-down defenses. The fourth was the Bama game and the only reason he had 10 receptions was because Georgia was trailing by double digits. Alabama is an elite defense and I will be fading Bowers tonight.