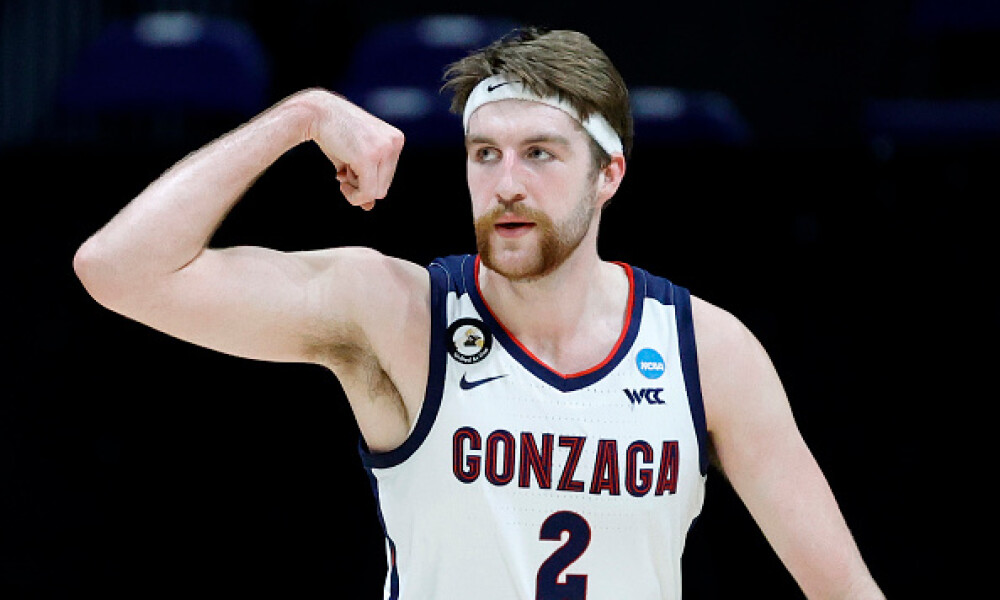 Feast week in college basketball comes to an end today but what a week it's been! We have had a successful CBB DFS holiday and hopefully, it continues this afternoon with a full Sunday of CBB games. Let's dive into today's college basketball DFS main slate which is star-studded and features Armando Bacot in the Finals to the Phil Knight Invitational, Zach Edey and Drew Timme in the Phil Knight Legacy and many other stars like Colin Castleton and Brandon Miller. You can build CBB DFS lineups on DraftKings as this afternoon's 9-game slate tips off at 3p ET. If you're looking to play college basketball DFS this season, get full access to our CBB DFS Playbooks and Core Plays with a Fantasy Alarm All-Pro Subscription. Check out all the CBB DFS top picks, lineup strategies, teams to target, and value plays to lock in for tonight's college basketball action. If you have any questions about CBB daily fantasy lineup strategy, ask away in the Fantasy Alarm Discord chat. Now, let's jump into the CBB DFS top plays and lineup picks for Sunday, November 27th.

Iowa State is coming off two big wins against #1 North Carolina and Villanova and the revelation has been St.Bonvanture transfer Holmes, who has been asked to do more distributing than he did playing off the ball with the Bonnies and has been impressive so far with three straight games of 35+ DK fantasy points. With PG Jeremiah Williams out for the year, this is Holmes team and he has not disappointed.

Richardson tied a career-high with 28 points, eight assists, and five rebounds and played all 40 minutes for the Ducks in their 74-70 loss to Michigan State on Friday. With the Duck's lineup decimated by injuries (there were more scholarship players out due to injury or fouling out than were left on the floor in the second half on Friday) Richardson will need to take over and get the rest of the team through situations and besides scoring put up peripherals. This is a really strong price for an experienced scoring guard that will be asked to play every minute today.

Bonham's ascension from deep-bench rotational player to starting two-guard in the Phil Knight Legacy has been making waves for the Gators. It all started in Tallahassee when Todd Golden inserted the VMI transfer into the second-half starting lineup against Florida State and they proceeded to outscore their intrastate rivals by 26 in the next 20 minutes. Bonham, a multi-level scorer, went from averaging seven minutes per game in the first three games to 25+ minutes over the last two and the noticeably smallest player on the court has provided a boost in tempo. His price has taken a significant $1.1K bump up but it's still fairly reasonable for a player that has scored 34 and 31 DK fantasy points over the last two games. GPP only.

Other guards to consider:

This is one of the worst CBB slates for value that we have seen this season. Even though players like Xavier's KyKy Tandy may have a higher upside Hickman is the safest of the group today. He has started every game for the Zags and is coming off a season-best 34 minutes played and 28 DK fantasy points against Purdue. As he gains more confidence Hickman will be ba regular cash play as the season progresses.

Other value guards to consider:

Jordan Hawkins- Connecticut ($5.9K DK) Really not a value at $5.9K but the best play at Guard under $6K - has been great

Forward is loaded with all-star talent today- Colin Castleton, Zach Edey, Armando Bacot, Brandon Miller, Timme and the list goes on. All are in play for your main lineup but on a slate starved for value Timme may be the smart choice as he is the cheapest of this group of studs. Timme’s fingerprints were all over Friday’s loss to Purdue and the All-American forward is finding a variety of ways to impact games that don’t involve the normal style of play- like the spin move. In five games this season, Timme has scored 22 points three times and 18 twice and his 22 points against Purdue came on 10-of-16 shooting plus he scored another 18 against Portland State on 7-of-8 shooting, giving him 40 points at the Phil Knight Legacy on 70% shooting clip.

Brandon Miller is going to be a star or he may already be there. The freshman did not waste any time this season showing he's going to give top teams fits and he has already had his chance to display what he could do on the national stage against high-major opponents. With a team-leading 25% usage rate and 30+ minutes per game average Miller stuck it to both Michigan State (41.3 DKFP) and Connecticut (38.3 DKFP) after demolishing Jackson State. He already seems to be matchup-proof and is in play in all formats today with an awesome floor and high ceiling.

Other forwards to consider:

Zach Edey- Purdue ($9.0K DK) Is far too cheap and can nuke the slate- only worry is early foul trouble

Armando Bacot- North Carolina ($8.8K) Decision of the day is to play Bacot or Miller. May as well make two lineups and play both. Bacot is too cheap here.

Mitchell has dealt with a stomach bug all week - to the point where he was throwing up and taking IVs before Thursday's Purdue game in the Phil Knight Legacy Tournament. Against Portland State in the second round on Friday Mitchell looked much better as he led the team in scoring with 16 points on 6-of-7 shooting from the field. He also tallied a season-high 34 minutes for the Mountaineers on Friday and we should expect the same amount tonight with a high upside for the Mountaineer forward.

Other value forwards to consider:

Quincy Guerrier- Oregon ($4.7K DK) Struggling from the field but due

Noah Gurley- Alabama ($3.9K DK) If guys like Bediako get in FT- Gurley could come in and smash value- but that's an “if”