Target Watch: The Right Way to Choose Your Receivers 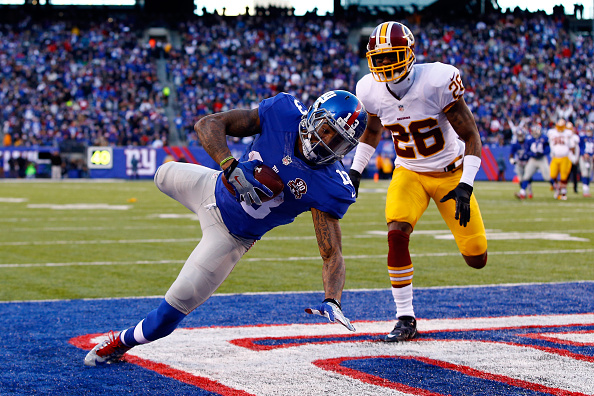 While so many people like to over-complicate things, it is the savvy and wise fantasy owner who knows that the road to your fantasy football championship is paved with one simple fact: He who touches the ball the most stands the greatest chance to produce the most fantasy points. It’s really just that easy. You want to win? Grab a quarterback who passes the ball a ton. Get yourself a running back who sees the most touches out of his team’s backfield. And when you’re picking and choosing which wide receivers and tight ends to start or pick up off the waiver wire, it’s all about the targets.

The value of a wide receiver or tight end is directly tied to the quarterback. He could have all the talent in the world, but if his quarterback doesn’t throw him the ball, then he’s not scoring any points. Sure, it’s very possible for a guy who sees just three targets per game to outscore a guy who sees 10 per on any given Sunday, but the chances of that happening consistently throughout the season are extremely slim. The receivers who finished in the top-20 for total fantasy points last year were, for the most part, all in the top-20 for total targets as well. Exceptions? Sure, but the bottom line is that the guys who the quarterbacks look for most are the ones you want on your fantasy team.

But before you dismiss the above with a “Duh, thanks Captain Obvious,” understand that it’s more than just raw target numbers you are looking at. There are a number of other factors you need to take into account and having a clear understanding of them will make all the difference when you are choosing who to start each week and which players you should pick up off waivers. If you remember this series from last season, you’ll know that I have created a table which encompasses all of the stats you should be studying when looking at potential starts and sits each week. The example below is just taken from a late week last year as even the season’s final numbers really don’t represent teams’ offensive schemes for today what with all the coach and player movement (We’ll even change the names to avoid confusion).

While many fantasy owners will take a cursory glance at numbers such as targets, receptions, yards and touchdowns, one of the most important statistics to use is how this table is actually organized – target percentage. That number tells you how many targets a player gets in relation to how many passes his team’s quarterback throws. How often a player is targeted in his team's passing attack tells you plenty about his role in the offense, and ultimately, his fantasy value. A high target percentage means a player is getting the ball more often than most and has significantly more opportunities to rack up yardage, find the end zone, and, in the end, put up strong fantasy numbers. So while you could be looking at two players who have a similar number of targets, the player with the higher target percentage is the one you want. He’s more of a go-to guy for his team and will thus see better opportunities. In this case, it’s the quality as much as it is the quantity.

But while organizing by target percentage is my preference, the table you will be using has a number of other statistics because of one inherent flaw in the rate stat. While a high target percentage obviously means the player is a major focal point of his team's passing attack, some players can prove to be more valuable in fantasy despite a lower target rate. For example, Jeremy Maclin may have a higher target percentage than Demaryius Thomas because he is one of maybe two viable receiving options while Thomas is competing in a high-octane offense with a number of quality receivers.

You also have to take into consideration that a player's target rate is obviously affected by the number of pass plays called each game. Denver and New Orleans are always going to have a higher percentage of passing plays each week while teams like Buffalo and Minnesota may focus more on the ground attack. The higher number of pass plays tends to drive down the target rate.

Similarly, a high red-zone percentage may not necessarily indicate a high-scoring player in fantasy if he lacks the yardage. Sure, he may grab the six points for the touchdown reception, but without strong yardage numbers, his point total may not be as glamorous. Think of these players like touchdown vultures among the running backs. Think Dwayne Allen. However, even a player who has a low red-zone target percentage can still produce boatloads of points if he has a high target percentage, simply because he racks up a ton of yards each game and still occasionally finds the end zone.

From there I look at the individual match-ups and finally come to a decision. Sounds complicated, but that's why this table has been assembled. It will give you an all-in-one look at all the relevant data and then I'll follow it up with some additional thoughts, weekly start/sit suggestions and match-ups to watch.

And one final note before you take a glance at this table – we’re heading into Week 1, people. Use your studs. Don’t overthink and play assumed strong match-ups because they don’t exist. Just look at the point-spreads for this week. Everything is a touchdown or under this week because we have no current data to use. We can’t use practice reports and we certainly cannot use the preseason games. My advice to you is to go with the players you drafted highest first. Theoretically, they should be the most valuable on your team and in fantasy. If you drafted Russell Wilson in the fifth round and Sam Bradford in the 14th, you’re still starting Wilson even though it may appear that Bradford has a better match-up. Well, the same goes for your receivers. You’re not going to start James Jones over Julio Jones because you think the Bears pass defense is weaker than that of the Eagles, are you? You better not.

An Example of the Targets/Target Percentage Leaderboard We Will Use This Season: