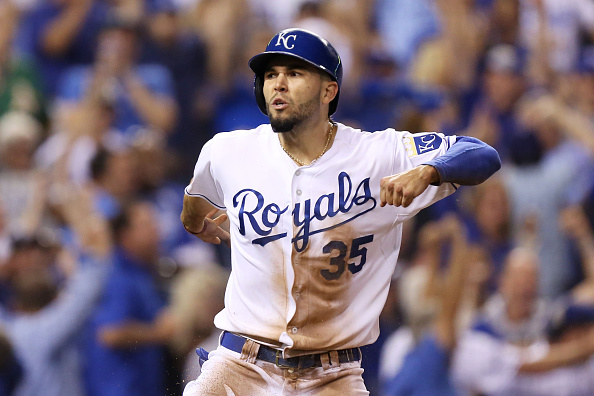 With still another three and a half weeks to go before the official start of the 2015 season, there are plenty of job battles yet to be decided and, in all likelihood, won’t be resolved until the month of March comes to a close. Because of that, you need to pay close attention to who is starting to take advantage of their spring at-bats and who is turning the heads of their respective managers. The casual, or in some cases the lazy, fantasy player will only do a cursory glance at the boxscores or team depth charts and only focus on the more-recognizable names. It is the savvy fantasy player who leaves no stone unturned and understands that the players who fly under the radar can often be the most helpful throughout the season. Below is a list of players currently competing for a spot in either the starting lineup or on the 25-man roster. They aren’t the sexiest names in the game, but with a decent number of at-bats, they could be the difference between winning your league and finishing in the middle of the pack.

David Peralta, OF ARI – With the injuries the Diamondbacks dealt with last season, Peralta received an opportunity to jump straight from Double-A and see significant playing time. His numbers in the minors weren’t all that impressive, but he seemed to have solid plate discipline and his defense was strong. There was a little bit of power potential and some speed, but his contact rates were good and helped to boost his OBP to a mark over .350 for two-straight seasons. Over 88 games for Arizona, Peralta saw 348 plate appearances and posted a .286/.320/.450 slash line with eight home runs and six stolen bases. His patience at the plate could have used a little work, but he wasn’t striking out a ton and he was making the most of his opportunity. With the Diamondbacks seemingly going all-in on Yasmany Tomas playing third, Peralta is competing for at-bats with Ender Inciarte. Both are left-handed so it’s probably going to be one or the other. If the D-Backs prefer a little more pop to a little more speed, then Peralta could end up the team’s starting right fielder on Opening Day.

Zoilo Almonte, OF ATL – The injuries to Melvin Upton, Jr. and Nick Markakis have opened the door for a few of the lesser-known Braves outfielders. Eury Perez is duking it out with Todd Cunningham for the center field work which leaves the switch-hitting Almonte to find a home in one of the corners. The Braves also have Jonny Gomes, but with his limited handedness, Almonte, should he display some of that minor league power he’s displayed, he just might be able to push Gomes out of the way even when Markakis returns. He does need to improve his plate discipline and cut back on the strikeouts, but there’s definite gap power here and if he makes the right adjustments, could find his way towards some regular work.

Delmon Young, OF BAL – The Orioles have a number of outfield options here with their acquisition of Travis Snider to go along with Steve Pearce and Alejandro De Aza, but people seem to be forgetting about Young who hit .302 with seven home runs in 242 at-bats for the Birds last season. He has since told the team that he would also like an opportunity to play in the outfield a little more and not just be limited to DH duties. Should he put forth a strong effort this spring, there’s no reason to think that he can’t work his way into a stronger platoon situation with Snider and Pearce in right field and at the DH slot. He may not bew the nicest guy in the world, but the last time I checked, fantasy baseball simply counted baseball stats and there was no penalty for anti-semitism.

Arismendy Alcantara, SS CHC – While all the focus seems to be on Javier Baez, Kris Bryant and Jorge Soler, Alcantara continues to fly under the radar. The versatile switch-hitter can play both the infield and the outfield and has shown a little bit of both power and speed at every level he’s played. With some decisions to be made regarding the arbitration clocks and Super-Two status of Bryant and Baez, there’s a very good chance that one or both of these guys opens the season in Triple-A. If that’s the case, then Alcantara can certainly be of some serious use, especially with his multi-position eligibility. Many will point to Tommy LaStella as a possible rival, but aside from decent plate discipline, he doesn’t offer much in the way of offensive production. Both could actually start the season with the Cubs, but Alcantara looks like he’s got the staying power.

Nick Hundley, C COL – Here he is folks. Here is my fantasy Achilles heel. I don’t really know why I have such a soft spot in my heart for Hundley but I believe there’s something to be had here if he can just stay healthy. Not an easy thing if you’ve tracked his career. But there’s decent power to be had and now that he is in Colorado, that power could blossom with a solid number of at-bats. His isolated power numbers in the minors were always strong and he showed flashes of that power during limited stints with the Padres, so there’s plenty to hope for. The Rockies are eager to find a new home on the field for the defensively-challenged Wilin Rosario and Hundley could be in line for some nice playing time as he proves to be a better option than Mike McKenry.

Christian Colon, 2B KC – There’s a lot working in favor of Colon right now and with a strong spring, he just might be able to push for increased usage. Colon has shown fantastic plate discipline, a little bit of pop and some solid speed. Defensively, he’s ready to make the jump to the majors. Take all of that and combine it with the fact that Omar Infante has a bone spur in his elbow and the door might be open just wide enough for him to step through. There’s a chance Infante will try to play through the issue, but as we’ve seen in the past, it always ends up with surgery. If the Royals move quickly on Infante, then Colon could be the Royals’ starting second baseman as early as Opening Day.

Grant Green, 2B LAA – Mike Scioscia seems to like him, he’s certainly a favorite of mine and he could soon be a favorite of yours as well should he produce a strong spring that pushes Josh Rutledge or even David Freese aside. Green has all the tools to succeed at the major league level but has yet to be given the full opportunity. The now-27-year old looks like he just might be ready. He could stand to improve his walk rate, but he’s not a big strikeout victim and has legitimate pop and speed. His defense is vastly superior to that of Rutledge and if he can heat up at just the right time this spring, there’s a chance he slides into a potential starting role. But don’t be discouraged if he doesn’t. His versatility in the field should earn him a spot on the 25-man roster and it will only be a short time before Scioscia tires of Rutledge. Green could still see a fair number of at-bats early and then sidle his way in the re as the season progresses.

Garrett Jones, OF/DH NYY – While the Yankees seem to be set on the three-man rotation at the infield corners and DH spot with Mark Teixeira, Chase Headley and Alex Rodriguez, Jones is still a dangerous bat lurking in the shadows. He’s a lefty, so with his career .197 ISO and that short porch in Yankee Stadium, his bat will look awfully tasty throughout the season. The question is, how many at-bats could he legitimately see? It’s too tough to answer right now, but we all know the health track record of all three starters and it’s not good. Not good at all. As manager Joe Girardi tries to keep his guys fresh, jones will be inserted into the lineup accordingly. When one gets hurt, Jones is more than capable of filling in on a more long-term basis.

Mark Canha, 1B OAK – Leave it to the A’s who have still yet to find themselves a legitimate first baseman since the loss of Jason Giambi. Yeah, it’s been that long and that bad for them. It’s not looking much better this year with their platoon plans that include Canha, Ike Davis and possibly even Nate Freiman. But Canha has looked solid this spring and has shown solid power throughout his minor league seasons. In fact, he really turned a corner with 20 home runs and a .202 ISO for Triple-A New Orleans last year. We’ve seen what Davis is all about and Freiman has been lingering in a Daric Barton-like state for a few seasons now. If Canha can keep some of the spring momentum that he has going right now, he just might get a larger opportunity in the future.

Kevin Kiermaier, OF TB – The departure of Ben Zobrist and the position change for Desmond Jennings has opened the door a little wider for Kiermaier lately. While all eyes are focusing on an over-hyped Steve Souza, Kiermaier just might end up being the safer play. He’s displayed quality plate discipline at the major league level and has kicked in with slightly above-average power. With his strong defense and the team’s glaring need for a quality centerfielder, Kiermaier just might land the full time gig as early as now. Brandon Guyer may find his way into the mix in the future, but he’s busy trying to get healthy right now. That should easily give Kiermaier ample time to establish himself.