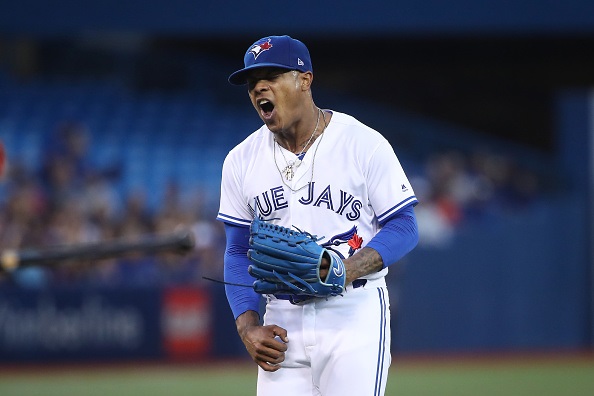 The Blue Jays have proceeded through spring training without much hubbub concerning their starting rotation. Oh, sure, their ace was late heading to the mound this spring due to shoulder issues, but the five-man staff has been settled for most of February and March. There are no real concerns that the five starters profiled below will not take the ball for their scheduled starts, at least to open the season and until injury strikes, as it seems to do so often in these days of the 10-DL.

Stroman, the default ace of the Toronto starting rotation after Sanchez was limited to just a handful of innings last season, is not due to toe the rubber in 2018 until April 1, for the fourth contest of the season, as he recovers from a shoulder injury. Stroman relies on superb groundball inducing skills, boasting a 60% or better GB rate for the past three seasons (64.1% in 2016, 60.1% in 2017 and 62.1% last year). He is relying more on his sinking fastball and slider these days and downplaying his cutter. He is not a huge strikeout asset and is thus more of a SP2 for fantast purposes. He will cost you in leagues that impose an innings limit on your pitching staff, due to his limited K potential. 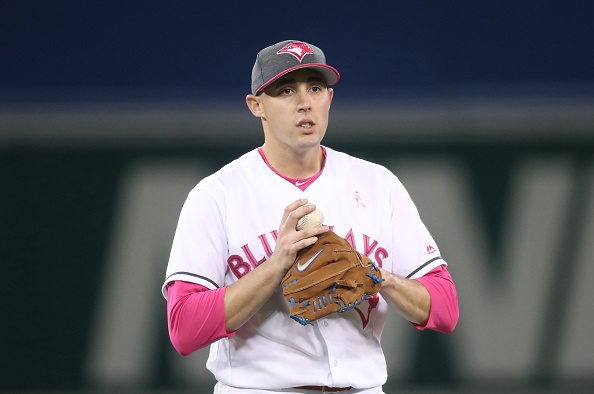 Blisters were Sanchez’s undoing in 2017, limiting him to just eight starts for Toronto over the course of the season. If he is healthy, he is tempting with a 94-95 MPH fastball at his command, although he has not demonstrated great control with the exception of his breakout 2016 season. There is also no guarantee that the blister issues are totally behind him, so his ability to be a consistent performer on the mound is murky at best. Assuming he is able to pitch as scheduled, and can limit the control problems, he is another potential SP2 for your fantasy needs, but those two issues make him a risky option. He has looked strong in five spring appearances, though, and is going at a value in drafts, so he will not cost you much if you want to take a chance on his ability to contribute on a regular basis.

Happ was successful last season, for the most part relying on two fastball offerings, a four-seam pitch and a sinker that generates a lot of swing and miss attempts by opposing hitters. His other three pitches-curve, slider and change-are mediocre offerings, although the curve does have the ability to surprise batters looking for the fastball. He is effective at generating a nice share of grounders, as well as putting up good strikeout numbers. The 35-year old southpaw is a steady if unexciting fantasy option, who pitches essentially the same at home as on the road. He fares better against left-handed hitters, as expected, so he is a candidate to sit against a strong right-handed hitting lineup. 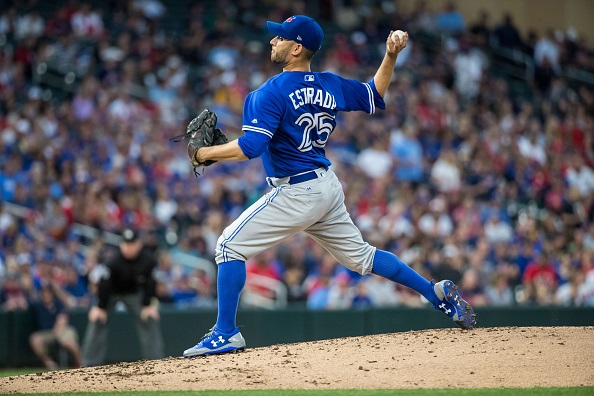 Estrada is capable of pitching extended innings, but the signs of regression are showing. His BB/9 rate has grown steadily over the past six seasons, from a useful 1.89 in 2012 to last season’s 3.44. An uptick in homers was also troubling, as his HR/9 rate ballooned to 1.50 in 2017, and cannot be entirely blamed on his home park, as he gave up 18 of his 33 round trippers on the road last season. The home run risk and deteriorating control offset any value to be had with his good strikeout rate, and he is a SP to avoid at your drafts, and not really someone to look to as a streaming candidate, either.

Garcia rounds out the Toronto rotation, signing there after pitching for the Braves, Twins and Yankees last season. He has a couple of fastballs, four-seam and a sinker, plus a slider, change and curve that he mixes in, relying on movement over velocity as his fastball tops out at just over 90 MPH. He initiates a good number of grounders from the opposing offense, but did experience control issues last season, while seeing his strikeout rate decrease. He has MLB value as a back of the rotation left-handed starter but is just a streaming option for fantasy owners.

Toronto has a good starting rotation to open the season, although there is very little that will excite fantasy drafters. The top two options in the rotation have questions with regard to how much they will produce in counting stats, either due to injury potential with Sanchez or simply the tools they bring to the hill with Stroman. Both of those pitchers are certainly worthy of a spot on your fantasy roster, but not as an early round selection. The rest of the starting staff can offer some benefit, mostly as streaming options with the right matchup. Do not go out of your way to target a Blue Jay SP when you put together your fantasy team(s), but keep Stroman and Sanchez in mind in the middle rounds of your drafts.