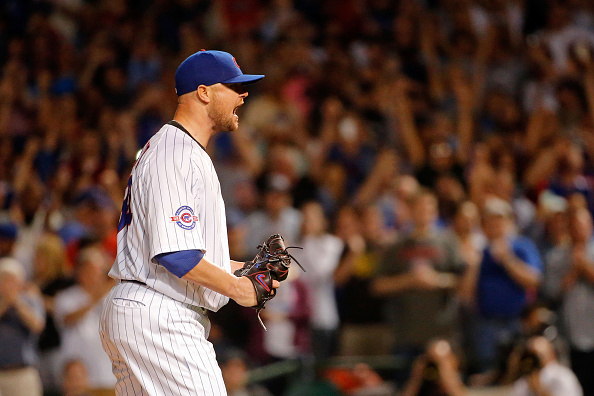 Following a Week 9 where we had an abundance of two-start pitching options, we return to a more normal slate of choices for Week 10. There are not many that I feel confident placing in my top tier of no-doubt dual start pitchers, but the eight SPs listed have my backing. The middle tier is somewhat paltry as well, although the top half offers significant upside, and the bottom half provides matchup potential. As I indicated last week, I am going to be much more aggressive about adding pitchers to the bottom tier, and you can see that taking place with no less than 18 SPs that I would not suggest using for two starts, much less even one for most of them.

The big surprise among these eight starting pitchers has to be the inclusion of Happ. It is impossible to ignore the fact that he has tossed 10 quality starts among his 11 appearances this season. He will not give you much in terms of strikeouts, but his 3.06 ERA and 1.16 WHIP can help any fantasy rotation. His ownership percentage of 59 percent in ESPN and 62 percent in Yahoo leagues also suggests you may have a chance to add him to your rotation this upcoming week. The rest of the top tier you should just wind up and let them go. 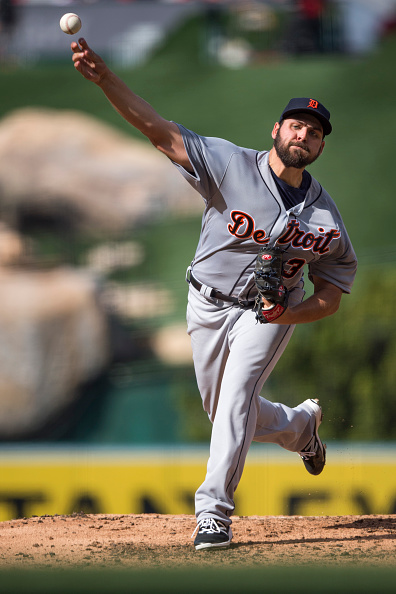 With just 13 SPs in the middle tier this week, we will go with just two sub-tiers. The top tier begins with Leake and runs down through Lewis. Leake started out slowly, but has been turning on the heat as the weather heats up. He pitches to contact, so do not expect a ton of strikeouts, but he also has excellent control and is working on a five game QS streak. Fulmer has been justifying the Tigers' decision to add him to the rotation. In his past three starts covering 22.1 innings, he has allowed just one earned run and has three victories. He is also demonstrating great control, with a 22:4 K/BB ratio over those three starts. He is the definition of a hot hand and you should ride him while he is on fire. Shoemaker was a pitcher I suggested streaming last week (along with his opponent, Fulmer), and he has been pitching well recently. He has struck out 10 hitters without allowing a walk in each of his past two starts, becoming the first Angel pitcher to accomplish that feat. He racks up the Ks, and as noted, is showing excellent control. His ERA is inflated at 5.50, but his 3.66 FIP, .365 BABIP and 63 percent strand rate all indicate he is pitching better than his non-counting stats would signify.

Niese was coming off a streak of four QS before his last start, a non-decision against Miami. He occasionally puts up nice strikeout numbers but that is not his game. He relies on his control and the ability to generate groundballs from hitters, and has been effective with both recently. He is a better pitcher at home this season, and has two home starts. Plus, he keeps the ball in the park better an PNC Park, so the stars are aligning well for him this week. Lewis continues to baffle hitters, although he is not able to generate a ton of swings and misses as evidenced by his 6.04 K/9 rate this season. He continues to show excellent control, however, and is backed by a strong offense in Texas. I especially like him against Houston in his first start this week, and while Seattle has been a powerful team this season, Lewis has been spectacular on the road this season and Safeco Field is good pitchers' venue.

The second and final sub-tier opens with Carrasco and winds up with Davies. Carrasco is coming off the DL, and was limited to just five innings in his first start. As he gains endurance, he should be able to pitch deeper into games. He offers excellent strikeout potential, coupled with good control, and his return to the Cleveland rotation should help them compete for the AL Central title going forward. He has been a good road hurler the past couple of seasons, so the fact he has two games away from Progressive Field is not cause for concern in Week 10. Duffy is coming off his longest start of the season, a six inning victory over the Rays at home. He is striking out better than a batter per inning this season, which is useful, and if he can pitch deeper into games going forward, he will be a useful back-of-the-rotation fantasy starter, especially in weeks where he garners two starts.

Bauer gets a couple of starts on the road in Week 10, and he has been much more useful away from Cleveland both last year and so far this season. He is a decent K source, although his control hurts him in the WHIP department, with a 1.35 over his 52.2 innings in 2016. Conley is coming off a nice start to open June, but struggled during May, making him a risky proposition here, although his road/home splits favor him on the road this season. I do not fear the Twins offense, and given his success away from Miami, the start in Arizona has upside as well. Perez pitches for a poor excuse for an offense, that is true, but the Atlanta rotation has been surprising resilient this season. Perez, the man with two last names, has allowed three or fewer earned runs in six of his eight starts this season. I like his chances against San Diego in his first start of the week, although I would suggest caution just throwing him out there against the resurgent Cubs in his start at home on Sunday. He does have problems with his control, and is a terrible source for Ks.

Bolsinger gets the Rockies away from Coors, and his opponent in San Francisco, Jake Peavy, is not someone to fear. He starting to rack up the swings and misses, having collected six Ks in his each of his last two starts (he only has three starts on the season). It would be good if he were to exhibit better control than a 3.00 BB/9 that he is credited with so far in 2016, but given his pedigree, I expect that is an empty wish. Chatwood is good when he can pitch away from Coors Field, so the suggestion here is to use him in only his first start against the Dodgers and fellow bottom sub-tier resident Bolsinger. Even with the weak hitting Padres visiting for his second start, I would not trust him to put up quality numbers. Davies rounds out the bottom sub-tier, and is coming off a superb start against the Cardinals on June 1, where he lasted eight innings and did not give up a run, earned or unearned. He struck out nine and limited the Cardinal hitters to just three hits. His prior outing was not nearly as long, but he did collect the victory by limiting the Reds to just two earned runs over 5.2 innings. He is not a good source of strikeouts, and flashes only average control, but he is able to induce a ton of grounders (2.00 GB/FB ratio over nine starts in 2016). He makes the middle tier based on his recent success, as well as getting to face both the A's and Mets at home in his two starts. If you wanted to pass him by this week, be my guest but he could be a sneaky two-start option.

This is a large list of pitchers I cannot commit to for two starts. If you play in a head-to-head league that requires you to set your lineup at the beginning of the scoring period, I urge you not to rely on any of these pitchers for two starts, as all have their downside. If you can make daily moves, however, some of the matchups are not terrible here. For example, I would consider Butler on the road against the rookie Julio Urias on Tuesday, or Dean at home against Miami also on Tuesday. This is a pick and choose situation, however, and I would not go out of my way to rely on any of these pitchers despite their having a pair of starts in the scoring period.