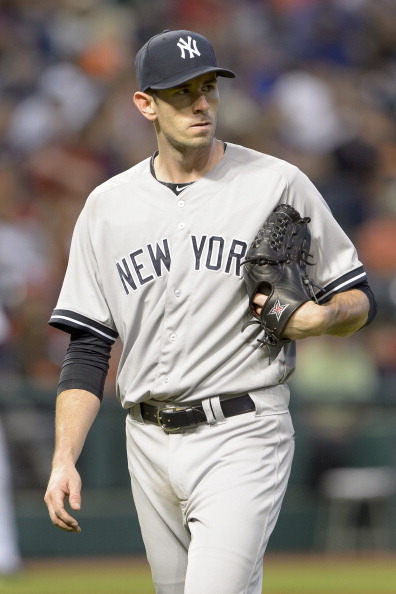 This is the weekend edition of the late round pitcher articles. Today, we are profiling another four starting pitchers you can snag late in your drafts, at least as drafts are progressing right now. Things will undoubtedly change, especially as our faithful readers digest my analysis and see what gems are available in the late rounds and that their value far exceeds their draft position. Below, I must confess that the first SP I profile is someone I tend to queue up once we hit the middle rounds in drafts this month.

What I really like about McCarthy is that he seems to be a bright young man. He understands what he needs to do to improve, and has the wherewithal to accomplish his goals. In 2014, we saw what a change in venue did for him, as he was nearly unstoppable in Yankee pinstripes after struggling in the desert for the Diamondbacks. He has a superb BB/9 ration (1.59 in 2014) which leads to an exceptional K/BB ratio too, despite only putting up a 7.87 K/9 (good, not great). He is an extreme ground ball inducer (2.36 GB/FB in 2014), and has increased his fastball by two MPH between 2013 to 2014. Take him before his current late 19 round ADP in 12 teams leagues and enjoy his production as a SP4/5 with SP3 upside.

Minor was expected to continue his strong development from 2012 and 2013, but shoulder issues kept him out until early May last season. He also saw a tremendous increase in home runs allowed (1.39 HR/9) and fared less than adequately against left-handed hitters, yielding a .357 BA in 2014 as opposed to an exceptional .217 in 2014. He looked bad across the board in 2014, but the earlier edition of this pitcher gives hope that if he can recover from his shoulder injuries, he could be a true value in 2015. It all hinges on what he does with increasing his control (jumping to a 2.72 BB/9 from 2.02 the previous year was a severe issue in 2014) and cutting down on the long balls. He could be a a steal, but watch his progress this spring.

GET YOUR COPY OF THE 2015 FANTASY ALARM BASEBALL DRAFT GUIDE

Gausman finished 2014 on a strong note, striking out 29 hitters in 31.1 innings in September. He profiles as the third starter in the Baltimore

rotation behind Chris Tillman and Wei-Yen Chen as the third SP. To be a true value in 2015, he needs to improve both his control (3.02 BB/9 in 2014) and increase his strikeout rate, which despite a mid-90s fastball was below league average at 6.99 K/9 last season. Personally, I am not reaching for the Oriole righty, but as a late round option, he is on the radar, just as a dim blip.

Holland had a wasted 2014, despite early predictions that he would return from micro-fracture surgery on his knee by mid-season. Those projections proved false, as he was only able to appear in six games for 37.0 innings at the end of the season. He did show great control, although his strikeout rate was significantly down from previous efforts (5.00K/BB and 6.08 K/9). Assuming his knee will hold up, then he is the No. 2 SP on the Ranger depth chart, slotting in just behind ace Yu Darvish. His strikeout rate should rebound to something around 7.5 K/9 but also expect his control to go back to normal levels, which will level out at around 2.5 BB/9 (good, not outstanding). The Rangers figure to be a better team this season, especially with Holland back in the rotation, and his value at this point is too great not to take a shot on him in the 20th round or later. Be warned, however, that this depressed ADP will undoubtedly rise as he shows his skills have returned this spring.