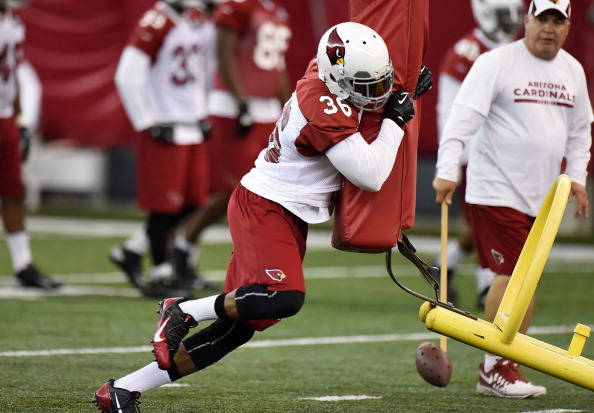 It is time for the third installment of the 2014 IDP Report, and this week we look at the top defensive back rookies you should have on your radar. It is a nice mix, three safeties and three cornerbacks. I have ranked them in the order I would draft them, at least at this early point in the pre-season.

At 5'11", 207 pounds, the first round pick of the Jets has good size to step in and play from the first game as a starter in the New York secondary. He has the physical skills to stuff the run, along with sufficient speed to come around the edge on blitz packages. The question is whether he can force Dawan Landry to slide over to provide deep coverage, or will Landry stay at the strong side. If the latter takes place, then Pryor's tackle opportunities will be limited more than if he was to start as the strong safety.

Bucannon was a surprise first round pick, but like Pryor, figures to start off the bat in Arizona, with Daryl Washington out with a season long suspension and Tyrann Mathieu likely out for at least the opening month as he recovers from a torn ACL and LCL that he suffered in December last year. He can provide solid coverage but it is his physicality (6'1", 211 pounds) that will make him a worthwhile draft selection, as he figures to rack up great tackle numbers in the desert.

Even if you don't follow IDP news, it is likely you heard Clinton-Dix name tossed around this draft season, just because of his nickname (his actual first name is Ha'Sean, just so you can toss out this bit of trivia at your draft). He is another defensive back that was a first round choice, being selected by the Packers with the 21st overall pick. He has the speed, size (6'1", 208 pounds) to provide effective pass coverage, but needs to work on his run stopping ability. He needs to beat out Micah Hyde to start at free safety, and has been trailing on the depth chart to begin the pre-season. If he is forced to provide deep coverage and not play in the box, then his tackle numbers will suffer but he could be extremely useful in big play leagues.

The Browns obviously liked Gilbert, trading up to select him with the 8th overall pick in this year's draft. He has good size at 6'0" and 202 pounds, to go with scorching speed, and he could eventually become a shut down corner. This season, however, he should be a tackle monster as offensive coordinators seek to test his skills in coverage. As a side note, if a rookie wins a starting corner job, use him until he proves to offenses that he is not to be tested without penalty. In 2014, though, he will play opposite Joe Haden, and should put up nice stat lines early on.

Yet another first round defensive player (25th pick overall), his size is a concern. At only 5'9", 189 pounds, he will have trouble when he matches up against larger receivers. Another impediment to his value is that the Chargers have Brandon Flowers and Shareece Wright on the roster, and both are currently listed as the Number One corners in the Charger defensive scheme. He has been campaigning to return kicks since he first hit camp, so that may add to his value, if he does not win a starting role to open the season. Be aware that he is coming off surgery to repair a torn labrum in March, which limited his availability early on in OTAs and training camp.

Our sixth first round pick, Fuller was the Bears' selection at 14 in the 2014 draft. He stands 6'0" and weighs in at 194 pounds, so he has the size to provide coverage, and can play in either a zone or man-to-man system, both of which the Bears' utilize. He is likely to start the season behind veterans Charles Tillman and Tim Jennings, but it is possible that Tillman will move to safety at some point, making Fuller more than a passing down third cornerback as the season progresses. In dynasty leagues, he would be a great stash for your bench, as Tillman will likely be gone come 2015, and at that point, Fuller will take over as a starting corner full time.

Having wrapped up the rookie class at all three primary IDP positions (linebackers, defensive linesmen and defensive backs), I will move on next week to begin the usual discussion of rising and falling players and injury updates, as we move fully into draft season and await the start of the season. Yeah, football is back!