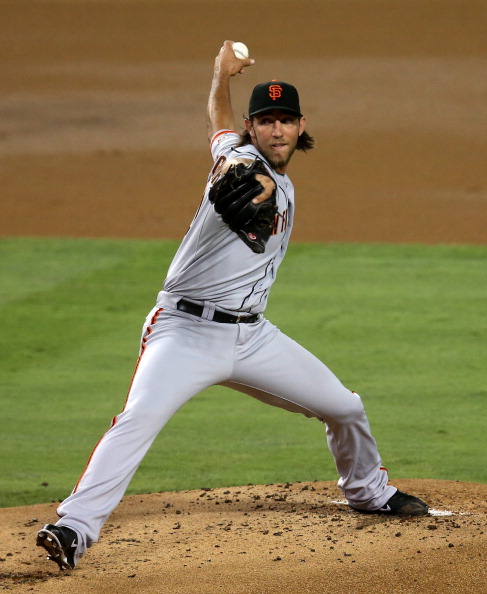 June continues to provide us with some wonderful fantasy action, and as this period arrives, there are loads of good two start options. Let us take a look-see at who can help you prosper this upcoming week.

If I had all these guys on my various rosters (one can wish, right?), I would plug them in and ride out the week without a moments hesitation. Remember my motto: no matter the opponent, or the venue, start these pitchers.

As is my usual practice, I have ranked this tier in the general order I would use them this period. The tier itself is divided into sub-tiers, the first running down through Noesi. Beckett tops this group, as he continues to pitch well following his no-no at Philadelphia. Low walks, mid-level Ks and limited earned runs makes him a fine option. Kennedy jumps up and down this middle tier. This week, coming off three consecutive wins and QS with good strike outs, albeit in six inning starts, he is good even on the road. Vargas had some control problems on the road recently, but also has a streak of three QS. A few too many hits, though, and unless he turns that around, his luck will deteriorate. Dickey continues to adjust to life in Toronto, and on occasion puts up good K numbers. Like Vargas, he needs to limit the hits allowed to be more effective.The youngster Chavez demonstrates good control, with up and down strikeout potential. His team is hot, and coupled with his production makes him valuable. Porcello has struggled a bit recently, coinciding with the Tiger's offensive struggles, but aside from a blow up against Texas, he has been good enough to trust. Danks, Floyd,and Noesi, two current and one former White Sox round out the top sub-tier. All three provide middling strikeout numbers, but Noesi needs to work on his control to stay a relevant SP. Floyd has been superb since joining the Braves rotation, and the other two have put together three consecutive QS each.

From Vogelsong down through Leake, we have pitchers I would consider using but would look to match ups before plugging them into my starting lineup. Vogelsong's pitch to contact approach has been working, but he does occasionally offer up a four earned run start, limiting his value in leagues that count QS. Still, the strikeout rate is top-notch and the wins courtesy of his first place team are nice, too. Cosart has been limiting the earned runs nicely, and can provide good strikeout totals, although those are inconsistent at best. Another member of the Astro staff, Peacock is a better general K producer and generally pitches six or better innings, giving his owners a good shot at a QS every appearance. House has looked better in his past two starts, after a bad initial game at Baltimore. If he continues to build on his past two appearances, he could help solidify the Indian rotation. Cingrani frustrates his owners, me included, but you have to like his strikeout potential. Beware of who the Reds move to the bullpen when Latos is activated, as with four consecutive losses, Cingrani seems a likely candidate. Leake, on the other hand, seems safe, despite his recent loss to the Giants. His strikeouts are more dependable, and his control keeps his peripherals well within limits fantasy players like.

The final sub-tier runs from Haren to Burnett. All these guys are too inconsistent to be good two start options. You need to look to match up and venue to determine their usability. Haren has been giving up too many round trip tours to batters to be a comfortable start in Cincinnati, but at home against Arizona seems a decent chance. Wood and Jackson continue to suffer because of their team, Jackson is a better K option, but both have occasional control issues that hurt their genarally decent performances. It is the inconsistency that concerns me. Skaggs has yielded four earned runs in his last two starts, and while the potential is nice, his up and down production makes me shy away from him. Liriano has been disappointing after an excellent 2013, and his walk rate is a major concern. If his control returns he moves up the ranks, but for now, beware. Most fantasy players see Richards and Estrada as good K producers, but the earned runs allowed are the killer. Of their four starts, Iike Estrada facing the Mets on Tuesday best. Colmenter had a couple of good starts in a row before he blew up against Colorado, but with limited Ks, and the potential for further blowups, I am dropping him to the bottom of the middle tier. Nolasco is, and always has been, too inconsistent for my taste to roster as a regular SP. Facing Toronto and then Detroit this week just makes him less a candidate for two start use. Burnett has been on a cold streak, and I would suggest benching him until he turns things around.

I wouldn't use any of these pitchers this week. I am not ready to drop Arroyo, but he is sitting on my bench until he pitches like he was earlier in the season. Matsuzaka is not a guarantee to stay the Mets' rotation, but even if he does, I still don't trust him. I do have some faith in Nicasio and Tillman to move out the bottom tier, but for this week, they are not on my radar.