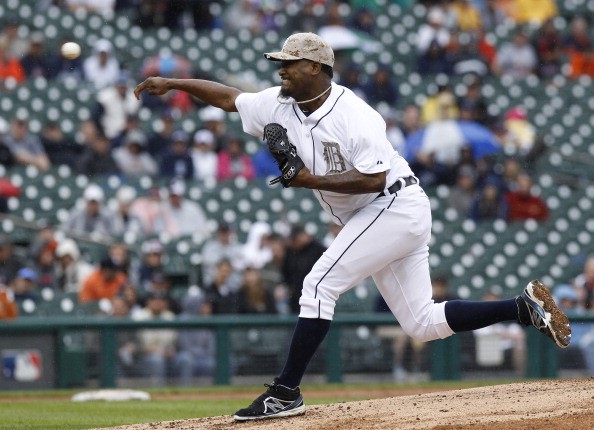 Week Eight arrives and there are very few two start pitchers I would not consider this week. There are some new entries to the top tier, and a boatload of bright and shiny options brimming with potential in the middle tier. Let us see who can help you this week in your H2H matchups, as well as any other format your league uses.

I have never been a big supporter of Richards, but the hard-throwing Angel has now converted me. I apologize to any reader I led astray about him, we all make mistakes and this is my big one this year so far. Kluber and Peralta were targets of mine in most drafts, and at least I got that right, so far in this season, at least. Pomeranz's ownership percentage has been growing but he is still available in about 25% of leagues, so act quickly if your league has collectively been asleep with regard to the Oakland starter.

In this tier, the first sub-tier runs from Leake down through Chen. Leake, Keuchel and Arroyo all have nice QS streaks and going, Keuchel and Arroyo both can give you nice strikeout totals with two starts this period. Plus Arroyo is owned in less than 50% of leagues, prolly due to his team's initial poor play, but he is someone definitely to target if your have an injury or an underperforming starter on your roster. Fister bounced back nicely from his first start, allowing just one earned run and striking out six against Arizona, and has not handed out a free pass in his two starts. Beckett has been solid if not exciting, and while Burnett has been wobbly his last two starts, I still have faith in him and expect him to get his control back. If that doesn't occur, then he will be dropping to bottom of this tier. Minor has pitched well in two of his three starts since coming off the DL, and while the Braves' offensive woes make the potential for wins slim, he is a great starter in a league using QS. Smyly and his left-handed dealings has become a fine starting pitcher again, after being a strong reliever. He can be counted to put up a QS most times he takes the ball, and his strikeout numbers are good, too. Chen would be more valuable were he able to pitch deeper into games on a regular basis, but the two consecutive wins in his last two appearances cannot be discounted. Don't expect a ton of Ks, though.

Hammel and Kennedy just miss the top sub-tier, both because they surrendered five earner runs in their last starts. Prior to that, they had been dealing, putting up six and four QS respectively. Every starter has a bad outing now and then, so I would suggest that you not panic and rather keep rolling them out there for their scheduled starts, although Hammel against the Yankees is not necessarily a tremendous matchup. Vargas went through a bad patch at the end of April and beginning of May, but has since righted the ship with two consecutive wins that also qualify as QS. Plus his strikeout numbers are trending in a good pattern.

The next four young pitchers are full of potential, and well worth a speculative add if they are available and you need to pep up your rotation. Montero looked good in his first start as a Met, although he took the loss going against the Yankees. His grasp on a rotation spot is not secure, as he competes with Jacob DeGrom, who also lost to the Mets' crosstown rivals. He will have to pitch well to keep his starting spot, and that may be good or bad, depending on how the pressure affects him. Odorizzi doesn't have a lock on a rotation spot, with Alex Cobb due to return to the Rays soon. With Cesar Ramos taking a loss on Saturday night, his prospects are better and I would expect him to keep his starting role for the meantime. Bauer has been a disappointment to this point, but it does look like he has addressed his problems with his control and mechanics. His first start in place of Danny Salazar was a gem, even though he took the loss, while striking out eight and walking only two as well as holding the Padres to one earned run. He is well worth an add, if you can drop someone that has disappointed to this point, say maybe one of the guys in the tier below. Rienzo doesn't have any K value, but he limits the damage allowed while he is on the mound and has a chance to stick in the rotation in Chicago. He will be a streaming option this week for me.

Gallardo and Liriano are both pitchers that get drafted as middle rotation guys, and neither has been a shining beacon of fantasy goodness this season. Gallardo's strikeout numbers have not matched expectations, and he is just an average starting pitcher in my eyes. Good to use in the correct matchup, but I can sit him without concern. Liriano was due for a regression after his special 2013 season, and while his last outing was a move in the right direction, he is winless on the season,  The recent uptick in strikeouts is a good sign, so be patient, his bad luck should turn around soon enough (his owners hope).

None of these pitchers are going to be in my lineup this period. I  have dropped Morales, but he could rebound at some point, but not until he limits the earned runs Lewis is the one standout on this list, but his inconsistency makes me avoid him for the time being. If you have him on your roster, I wouldn't necessarily drop him but I wouldn't start him right now either.