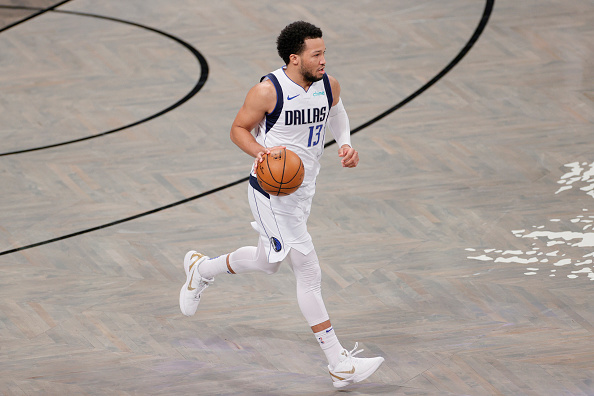 White has been getting more usage with Zach LaVine out to due health and safety protocols. White has at least 30 DK points in three of the last four games. White is averaging 16.2 points, 5.2 assists and 4.8 rebounds as a starter. White gets a good matchup against Charlotte.

Jae Crowder has been ruled out. Crowder played 13 minutes last night before leaving with an ankle injury and Johnson played 30 minutes and had 15 points, four rebounds, three assists and three three-pointers for 26 DK points. In his other recent game in which he played 30 minutes, Johnson had 25.75 DK points.

Anthony has played eight games since returning from injury and played 29, 33 and 30 minutes in the last three games after playing minutes in the low to mid-20s. He had 19 points, seven rebounds and five assists for 32.9 FD points in 29 minutes against Toronto and had 16 points, nine assists, four rebounds, two blocks and one steal for 39.3 FD points in 33 minutes against the Rockets. In his last game, he had 17 points, eight assists and five rebounds and two steals for 39 FD points against Atlanta. Anthony gets a great matchup against the Pelicans.

Hayes sat out last night in the first game of a back-to-back and Detroit has been resting players often. Hayes should play tonight and could start against the Spurs. Hayes played 33 minutes in his last game and had 27.1 FD points. He has at least 22.6 FD points in three straight, including a high-game of 40.3 so the ceiling is high.

As of writing this, there has been no news on the Pistons for tonight. They are on a back-to-back and have been sitting the veterans in these situations lately. Mason Plumlee played last night and I expect him to sit. Only play Stewart if Plumlee is out and he would be a start on all sites. In the last three games Stewart has played at least 30 minutes, he has 53.2, 49.7 and 40.6 FD points.