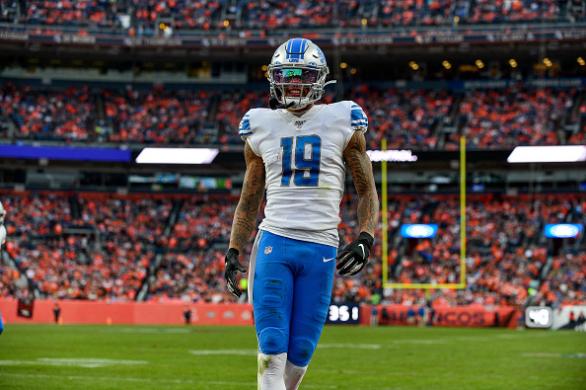 This is your Friday NFL Injury Report heading into the weekend’s slate of games! We had quite a few of injuries to monitor coming into today, and there are still quite a few questions left to be answered as we approach Sunday/Monday. Let’s highlight most of the more important statues that we know of at the moment!

Courtland suffered an AC joint sprain to his shoulder in practice on Thursday where he left practice and did not return. After getting the results of the MRI, there was great news to be spread that it was just a sprain, and nothing was broken as a result of the injury. However, it has already been reported that due to precautionary reasons, Sutton would NOT be practicing today. With that said, his availability is still a bit iffy going into the weekend, but we should be able to get a definite on this after Saturday’s practice. He may end up being a true game-time decision for Monday’s tilt with the Titans. At least he gets the extra day to heal up and get treatment. Although, this will definitely make it tough on fantasy owners who likely will have to wait until Monday to see if he will take the field or not. Hopefully, this won’t be the case.

#broncos WR Courtland Sutton (AC joint sprain) will not practice today, but there is hope that he will be limited Saturday. Still considered day to day.

Both Miles Sanders and Jalen Reagor (along with Layne Johnson) took part in practice in Friday’s practice, and this makes three-straight practice appearances for both Miles Sanders and Reagor. Many fantasy owners have been panicking over the report that Head Coach Doug Pederson stated the Eagles may elect to “manage Sanders work-load early on” and given the fact that he is still somewhat fresh off the hammy injury, this could very well be true to some extent. The biggest and most important thing to take-away here and is both he and Reagor are practicing in full and with pads on. This is great news heading into the Eagles Week One opener against the Washington Football Team.

Miles Sanders, Lane Johnson , and Jalen Reagor are all practicing for the 3rd day in a row.

About time the injury situation gets better.#Eagles

According to a report on Friday, the status of rookie Jets WR Denzel Mims is not a good looking one out of practice, as it was reported that he injured his other hamstring in the past couple of days in practice. Mims had been practicing earlier this week, but with the newly reported hammy injury, he looks more than likely to sit out for the Jet’s Week One game against the Buffalo Bills. This will leave outside WR duties to both Breshad Perriman and newly signed Chris Hogan , with Jamison Crowder manning the slot role.

Adam Gase said it’s “not looking good” for WR Denzel Mims to play on Sunday. He hurt his other hamstring. #Jets

Reports from Dolphins Friday practice is an uplifting one, as it was reported that not one single player listed above sat out for the Friday session. It has yet to be officially listed as non-injury list status yet, however, with all three of these guys suiting up for practice, this is definitely a good sign as the Dolphins head into Week One where they will face the New England Patriots. As I write this, both Preston Williams and DeVante Parker ’s statuses were just taken off the injury report, and both are listed as healthy and are aiming to absolutely take the field. This is great news. Gesicki has yet to be fully cleared, so this status may need to be monitored after Friday, but I believe he will be good to go.

No #Dolphins player was held out of Friday’s practice. Let’s see if the five starters on injury report are upgraded to full participation. Those include WR DeVante Parker , Preston Williams, TE Mike Gesicki , CBs Byron Jones and Xavien Howard .

Despite being on the practice field on Friday and taking part in a limited basis, the Buccaneers have deemed Evans doubtful for Sunday's game against the Saints. This would be a huge blow to their offense for this game. Keep an eye on the news heading into the weekend as he might be a game-time decision. It is strange that he took part in some of practice and then was deemed doubtful which usually means the guy doesn't play.

Kenny Golladay sustained a hamstring injury in Thursday’s practice, and although he did not rejoin the field for the rest of Thursday’s practice, he was reported to be “limited” in Friday’s practice, and this was more of a precautionary reasoning according to Head Coach Matt Patricia. The Lions are just wanting to be very careful with their star WR, as there is no reason to rush him along if he needs an extra day or two of treatment and healing. Golladay has just been declared doubtful for this weekend’s game so his fantasy managers will have to find another option on their roster.

Lions’ HC Matt Patricia said WR Kenny Golladay hurt his hamstring yesterday at practice and would be limited today. Patricia said the Lions just want to be careful with him.

After being “limited” in Thursday’s practice, Mike Williams was spotted out in Friday’s practice dueling against Keenan Allen in one-handed grabs. This more than likely will put a stamp on the issue of the shoulder that Williams was having coming into Week 1’s clash against the Bengals. He is still listed as questionable on the injury report, and is still is being listed as a game-time decision, but if the one-handed grabs in Friday’s practice have anything to say about it, he looks like he is good to go! However, he is still listed as questionable, so keep an eye on his status.

All good signs out of Rams camp after Henderson was a full participant in practice Wednesday after sustaining a hamstring injury in late August. Since then, Henderson Jr. injury designation has been lifted, and he is set to take the field in the Rams Week 1 game against the Dallas Cowboys. Henderson Jr. has been reported to be one of three running backs to be in the mix for the Rams backfield this season.

"You don't want to speak too soon if he has any sort of setback, but he is doing the things that make us feel good as a coaching staff that he looks like he'll be ready to go if he continues on this same path."

According to reports out of Niners Friday practice, it was stated that Deebo Samuel is still being held-out of practice with this foot treatment/healing, but a positive report for rookie WR Brandon Aiyuk after being sighted as a “limited” participant in practice. It looks pretty bleak for any chance that Deebo Samuel may have had to play Week 1, however, at least Aiyuk looks like he could have a decent chance after getting a practice in. Once again, some statuses worth keeping an eye on heading into the weekend.

Reports out of Bears Friday practice saw starting RB David Montgomery partake in a full Friday practice after just being a limited participant in Thursday’s practice. Earlier this week, we saw reports from his teammates claiming that the media had really blown this groin injury for Monty out of proportion, and now seeing him get a full practice in on Friday heading into the weekend, this is a magical sign. With this being said, Montgomery is still listed as questionable to play in the Bears Week 1 game against the Lions. Another big status to keep an eye on heading into the weekend.