Matt Selz breaks down the starting spots and potential values to find the best DFS NASCAR plays for the Quaker State 400 from Kentucky Speedway! 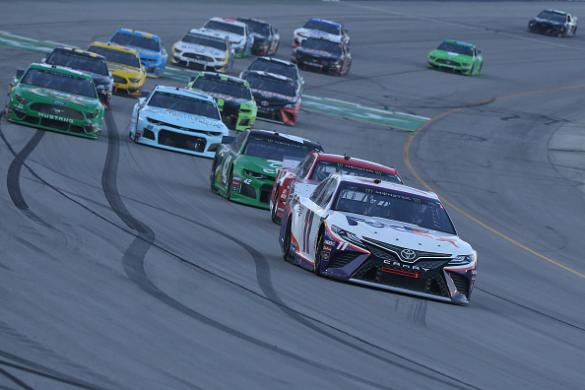 Martin Truex Jr and Matt Kenseth both failed pre-race tech inspection twice and will drop to the rear on the pace laps. They will be scored from their ORIGINAL starting spots which means they have to get back there to get back to even in PD points on both sites.

The Quaker State 400 is this weekend at the 1.5-mile speedway in Sparta, Kentucky. This track has produced some interesting races in the nine Cup races that have been run at the facility, including last year’s beating and banging finish between the Busch brothers.

This has been a track where track position has been king with a third of the winners coming from the pole and more than half coming from the front row. Passing can be tough here as there are typically less big PD movers in this race than others and the big PD movers are guys that had bad qualifying efforts for the race or had to move to the rear, so watch for that in how the field was set this week. There will be some guys that are heavy chalk, but as we saw with the Xfinity race, the chalk mostly paid off.

Remember this is an average over the last four races here. They give you a general idea of which spots, regardless of driver, have performed well here for DFS. One note I will say is that the 40th starting spot average comes from one particular race in which the driver had to start in the back but was a top-five car. 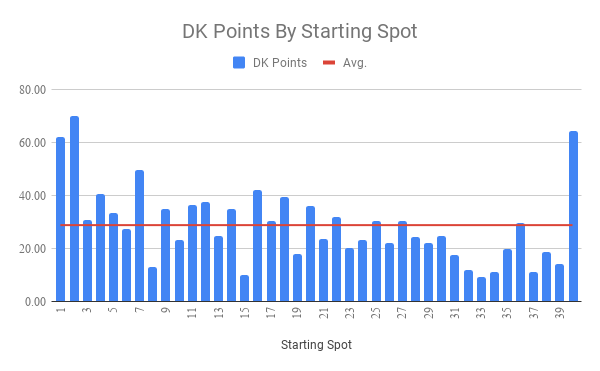 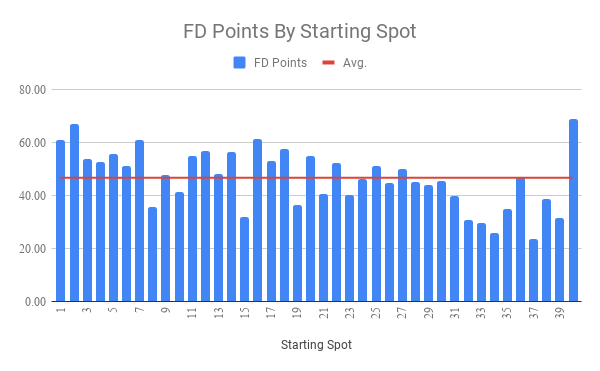 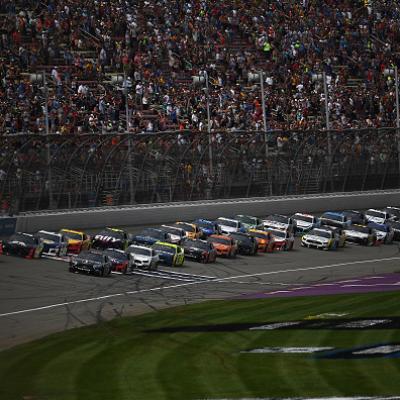 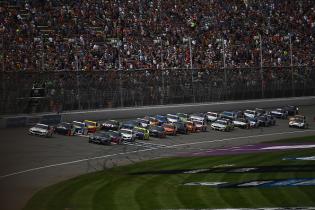 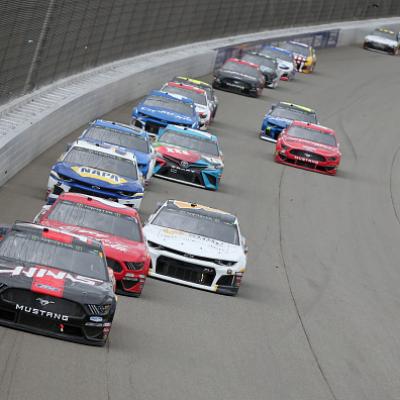 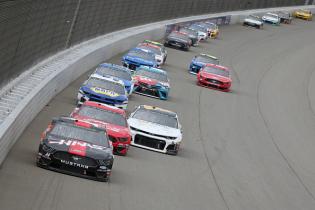 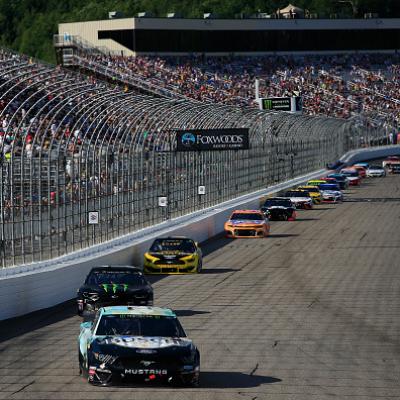 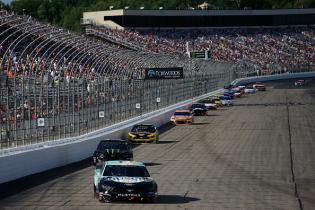 NASCAR Logano on pole for Saturday’s Cup race at Michigan

Er. Jones - D
Joe Gibbs Racing (JGR) and Erik Jones jointly announced today the end of their partnership upon the conclusion of the 2020 NASCAR season.
During his time at Jones has accomplished many milestones in his career. Following his championship season in the Truck Series in 2015, Jones moved full-time to the Xfinity Series winning Rookie of the Year honors and making a run at the 2016 Series championship. With the 2017 Cup Series Rookie of the Year title added to his accomplishments, Jones moved to the No. 20 Camry in 2018 winning his first-career Cup Series race and making his first appearance in the Cup Series Playoffs. Jones added the coveted Southern 500 to his resume in 2019 and secured his place in the 2019 Playoffs. Jones started the 2020 season strong winning the Busch Clash.-Joe Gibbs Racing
Added Yesterday 10:55 pm (EST)
Added Yesterday 10:55 pm (EST)

Br. Keselowski - D
Team Penske announced Brad Keselowski, the 2012 NASCAR Cup Series Champion, has agreed to a contract extension that will keep him in the No. 2 Ford Mustang.
In his tenure with Team Penske driver, Keselowski has earned 31 Cup Series and 33 NASCAR Xfinity Series victories and brought the team its first NASCAR Championship when he won the Xfinity Series title in 2010. Through 20 races this season, Keselowski has already locked himself into the Cup Series playoffs with three wins, eight top-fives and 15 top-10s. He currently sits second in the Cup Series point standings heading into this weekend’s doubleheader event at Keselowski’s home track – Michigan International Speedway.-Team Penske
Added Aug 03 10:19 pm (EST)
Added Aug 03 10:19 pm (EST)