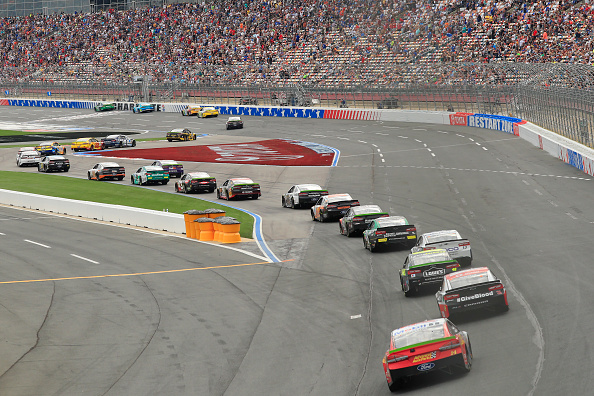 If you thought the only unpredictable track in the playoffs was Talladega, you didn’t pay attention to last year’s Roval race or this week’s practice sessions. The third road race of the year is this weekend at the Charlotte Roval which is a hybrid track that combines the 1.5-mile oval with a road course on the infield to make a 2.28-mile lap with 17 turns and some of the quickest turns and harshest braking zones on the Cup schedule. All told it makes up the 109-lap, 400-kilometer (249-mile) race over three stages of 25-25-59 laps. Last year’s race was the first one at the track so there isn’t a ton of history to go off of but cautions will play a bigger role in this road race than the past two since there isn’t a ton of run-off and you can get some multi-car issues with the tight corners.

Like other road courses, laps led aren’t a huge factor in points though you can still have a laps led dominator as we’ve seen at both Sonoma and Watkins Glen this year and frankly this race last year. It’s just that there aren’t a ton of points overall at road races since they are shorter in length so don’t bank on a huge points day. If you want full stats break downs, check out the Track Breakdown, the Podcast, as well as the practice notes and the practice to qualifying table that’s there.

There won’t be the typical points by position table this week since this race is only a year old and comparing it against other road courses isn’t an accurate comparison since each of them have different styles of driving that will change the points outlays for each starting spot.