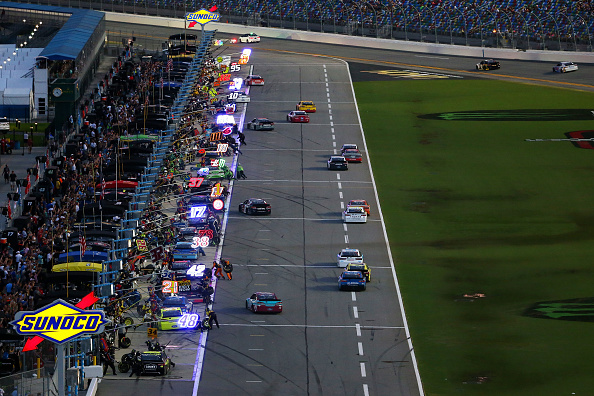 Plate racing is back this week! The second, and final, race at Daytona International Speedway this year is the is the venue for the event and 160 laps is the scheduled distance for the race. Now it is a bit different than the Daytona 500, other than distance of course, because there aren’t actually restrictor plates in the engines of the cars this week as the Daytona 500 was the last race with the plates actually in the cars and instead they have tapered spacer in its place. The spacers do exactly the same thing, as we saw at Talladega earlier this year and as we saw at practice on Friday for Daytona as the cars were essentially racing in packs for most of the session, which is what we expect to see Saturday night.

Looking at the Track Breakdown you will see a whole bunch of great data points to use this week, not only for the drivers but in terms of track and race history and who might be better values to take advantage of this time around.

In terms of strategy this week, focus on the drivers further back in the starting grid in your lineups because position differential will be the absolute most important stat this week. Don’t be afraid to leave a ton of money on the table as well, like as much as $10,000 is fine to do because of the focus on the cheaper drivers starting further back. You will see lineups that have just the drivers starting in the last 5-6 spots depending on the site, but you don’t need to go that extreme and leave like $25,000-$30,000 on the table, that’s excessive. It’s also a week to go lighter on cash in general simply because the unpredictable nature of the race can wreak havoc on a cash format and therefore GPPs are the better formats to play.