Fantasy Baseball Daily Round Up: September 6 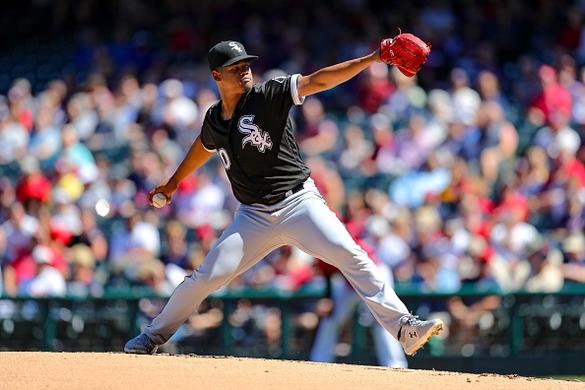 Reynaldo López takes home spotlight honors with a dominating performance in a win over the Indians. He tossed a complete game, giving up a solo home run as his only hit allowed, while striking out 11. What a Lopez thing to do. He is a very inconsistent pitcher that you just never know what version you are going to get. Keep in mind, he lasted just two outs while giving up six runs his last outing. It was his fifth outing with at least five innings and one or fewer runs against, but he also has 10 outings in which he has given up five or more earned runs. It was his third time reaching double-digit strikeouts this year. He will carry a 9-12 record and 5.17 ERA into his next outing.

Bo Bichette swatted a pair of dingers and drove in three. What a great start to a career he is having. He is now hitting .329 with 10 home runs and three steals through his first 34 games (149 at-bats). He has a bright future ahead and so does the Blue Jays offense.

Austin Nola led all hitters in DFS scoring yesterday, going 3-for-6 with a pair of dingers, a double, five RBI, and three runs scored. Nola is having a better than expected rookie season, considering he is a 29-year-old rookie. He is hitting .277 with nine home runs and 23 RBI through his first 173 at-bats.

Bryan Reynolds continues his strong rookie campaign, going 2-for-5 with two home runs and three RBI. He is hitting .333 with 16 home runs, 77 runs scored, and 65 RBI through his first 117 games played. He may not have a ton of power or much speed (two steals), but he has shown the ability to hit and I will be interested to see where he goes in drafts next year.

Kyle Tucker made his first start of the year and he went 2-for-6 with his first career home run and two RBI. This guy can play, but the Astros have continually refused to use him in favor of some average players in Marisnick, Reddick, and more. Hopefully next year we will finally see him as an everyday player at the MLB level.

After blasting a career-high 34 homers this year in #MiLB, Kyle Tucker hit his first #MLB homer tonight for the #Astros. pic.twitter.com/312aP1SHA0

Austin Meadows finished 3-for-4 with a home run, a pair of doubles, two RBI, and two runs scored. He is now hitting .284 with 27 home runs, 75 RBI, and 10 stolen bases. It has been a very strong season and fantasy owners have to love the production they have gotten from a guy that was picked outside the top-150 in drafts this year.

Mike Trout went 2-for-3 with a home run, a walk, two RBI, and three runs scored. He is up to 45 home runs, 104 RBI, and 110 runs scored to go along with a .293 batting average. He does “only” have 11 steals, so I guess that’s one area that could be better, but his 45 dingers are already a career-high and he needs just eight RBI for a new career-high in that as well.

Ronald Acuña Jr. had a bash-and-dash night, going 2-for-4 with a home run, a stolen base, and two runs scored. He now has 37 home runs and 34 steals as he chases a 40-40 season. He is hitting .283 with 113 runs scored and 93 RBI. Usually, this would be an MVP caliber season, but it looks like he may not even finish in the top three of the voting. 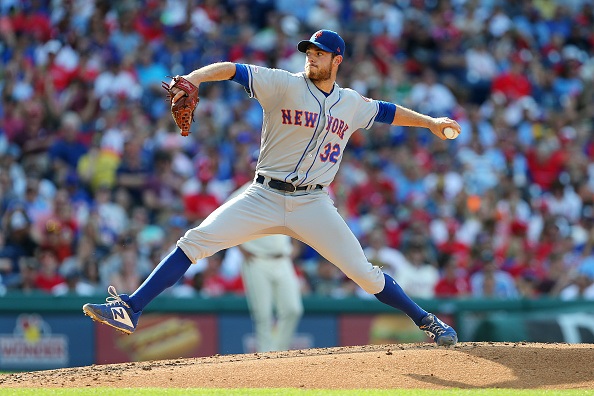 Steven Matz (9-8, 4.04 ERA) will look to keep his hot streak going in a crucial battle with the Phillies. He has pitched at least five innings and given up two or fewer earned runs in five straight starts. He has a 2.01 ERA at home this year across 67.0 innings.

Clayton Kershaw (13-4, 2.96 ERA) will have a great opportunity to bounce back from a rough outing his last time out, when he takes on the Giants tonight. He gave up five runs his last time out against the Dbacks, but the Giants are a much easier test. Last time he faced the Giants, he pitched seven shutout innings.

Domingo Germán (17-3, 4.01 ERA) will take on the Red Sox in search of his MLB leading 18th win. He pitched pretty well in August, going 4-1 with a 3.82 ERA across six starts and will look to carry that momentum over into this one.

T. Cahill - RP
SF
Giants activated RHP Trevor Cahill from the 10-day injured list.
Cahill will slide into the Giants' starting rotation on Wednesday against the Astros after missing the first three weeks of the 2020 regular season because of an issue with a fingernail on his pitching hand. The 32-year-old right-hander has a tough debut assignment in Houston and can be left sitting on fantasy waiver wires. He struggled to a 5.98 ERA, 1.47 WHIP, and 81/39 K/BB ratio in 102 1/3 innings last summer with the Angels.
Added 8:01 am (EST)
Added 8:01 am (EST)

B. Bielak - SP
HOU1
Brandon Bielak yielded two runs over five innings on Tuesday in a no-decision against the Giants.
Bielak surrendered six hits, but a solo homer by Wilmer Flores in the second inning accounted for all of the damage against him in this one. He struck out four batters and only handed out one free pass. The 24-year-old rookie right-hander has allowed four runs -- three earned -- with a 11:7 K:BB ratio over 15 1/3 innings across four appearances (two starts) this season. Bielak doesn’t offer huge strikeout upside, but he represents an intriguing streaming option against the Rockies at home in his next start on Monday.
Added 1:59 am (EST)
Added 1:59 am (EST)

T. Anderson - SP
SF
Tyler Anderson surrendered four runs over five innings on Tuesday in a no-decision against the Astros.
Anderson gave up five hits, including a solo homer to Alex Bregman in the third inning. He walked three batters and only recorded two strikeouts. The 30-year-old lefty has given up seven runs on 15 hits with an underwhelming 9:11 K:BB ratio across five appearances (three starts) this season. It hasn’t been confirmed yet, but the journeyman southpaw appears to be lined up to start the opener of a four-game series against the Angels on Monday. Regardless of his immediate role, Anderson doesn’t offer enough fantasy upside to warrant consideration outside of NL-only formats.
Added 1:58 am (EST)
Added 1:58 am (EST)

T. Rogers - RP
SF
Tyler Rogers recorded a pair of strikeouts in a scoreless 10th inning against the Astros on Tuesday to record his first major-league save.
Rogers was tasked with protecting a one-run lead, with the potential tying run on second base to start the frame, in extra innings and managed to keep the Astros off the scoreboard. He got Yuli Gurriel to ground out before whiffing Carlos Correa and Kyle Tucker to preserve the victory. The 29-year-old righty owns a 10.61 ERA with an 8:2 K:BB ratio across 9 1/3 innings this season.
Added 1:56 am (EST)
Added 1:56 am (EST)

H. Pence - RF
SF
Hunter Pence crushed a pinch-hit, three-run homer on Tuesday to propel the Giants to a 7-6 extra-inning victory over the Astros.
Pence ignited the Giants’ late-inning four-run rally by crushing a pinch-hit, three-run homer -- his first round-tripper of the season -- to right field off Astros lefty reliever Blake Taylor in the seventh inning. He also singled in the ninth off closer Ryan Pressly. The 37-year-old outfielder has been a complete non-factor offensively in limited playing time for the Giants, but he certainly came through in the clutch in this one.
Added 1:54 am (EST)
Added 1:54 am (EST)

G. Richards - SP
SD1
Garrett Richards allowed one run over six innings on Tuesday in a win over the Dodgers.
Richards recorded only three strikeouts, but managed to limit a struggling Dodgers’ lineup to just six hits and a pair of walks in this one. The 32-year-old righty has allowed 10 runs on 20 hits with a 19:7 K:BB ratio over 21 2/3 innings across four starts this season. He’s worthy of a roster spot in standard mixed leagues and is a solid fantasy option when he takes on the Diamondbacks in his next start on Sunday.
Added 1:28 am (EST)
Added 1:28 am (EST)

F. Tatis Jr. - SS
SD1
Fernando Tatis Jr. went 2-for-5 with a stolen base and a run scored on Tuesday in the Padres’ win over the Dodgers.
Tatis Jr. collected a pair of singles to extend his hitting streak to nine games and also record his seventh multi-hit performance of the shortened season. The 21-year-old fantasy superstar has exploded in his second season at the major-league level, hitting .333/.407/.750 with 16 runs scored, eight home runs, 18 RBI and five stolen bases across 81 plate appearances. There’s nothing left to say at this point. He’s an absolute fantasy monster.
Added 1:25 am (EST)
Added 1:25 am (EST)

N. Anderson - RP
TB1
Nick Anderson finished off the Red Sox by striking out three of the four batters he faced in the ninth inning of an 8-2 game on Tuesday.
It wasn't a save situation, obviously, but the way the Rays had set things up tonight suggested that Anderson still probably would have gotten the ball in the ninth had the offense not exploded for six runs to blow the game open in the seventh. Anderson, who earned saves in two of his previous three appearances, still hasn't allowed a run in 5 1/3 innings this year.
Added 1:16 am (EST)
Added 1:16 am (EST)