Fantasy Baseball Daily Round Up: June 3 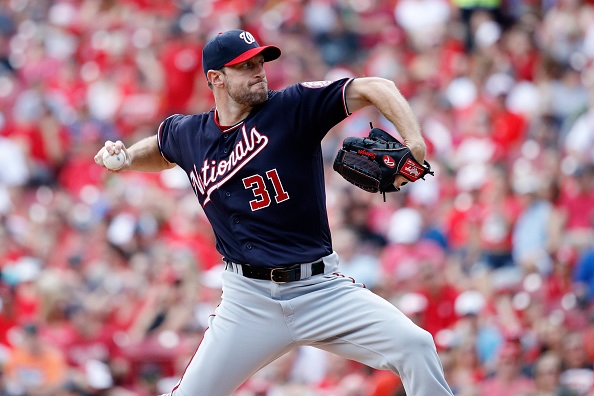 Max Scherzer was nearly untouchable in the Nationals win over the Reds. He hurled eight innings of one-run ball and gave up just three hits while striking out 15! He led all players in scoring on both DFS sites and was the talk of Twitter when he refused to be yanked at 117 pitches and 14 strikeouts with two outs in eighth; he immediately followed up screaming “NO!” at his manager with a three-pitch strikeout to end his afternoon. Not too many pitchers can get away with doing that, but when you’re Mad Max, and dominating the way he was, the only person that was pulling him out of the game was himself. I can’t blame him either, considering how bad his bullpen is. He takes over the Major League lead with 117 strikeouts on the year and he will carry a 3.06 ERA into his next start. The 34-year old is showing no signs of slowing down.

Scherzer was incredible, but so were a lot of other guys on a day full of fantastic outings. This is the longest list of strong outings I’ve had all season and that’s not even counting a few others who had solid starts:

Surprise, Surprise, on a day filled with great outings from starting pitchers there were very little big time performances from hitters. That being said, we did see a handful:

Brandon Crawford went 2-5 with a pair of solo dingers in the Giants win. It’s been a rough year at the dish for the shortstop, as he is hitting just .214 with five home runs and 18 RBI. He is not fantasy relevant in any format, but he did help some people win some money in DFS Sunday.

Albert Pujols just keeps trucking along; yesterday he finished 2-5 with a home run, a double, and a day-leading five RBI. He is only hitting .233 on the year, but he does have 11 home runs and 33 RBI, making him rosterable in deep leagues.

Ketel Marte went 2-5 with a home run and three RBI. He now has 14 home runs and 43 RBI on the year to go along with a .280 average. The home run was the longest home run by a Diamondback in the Statcast era and tied for the longest home run of the 2019 season. He doesn’t seem like the type that would be launching 482 ft home runs, but with the juiced ball I guess anything is possible:

Myles Straw was running wild yesterday, going 3-4 with a walk, three runs scored, and three stolen bases. He accounted for a third of all stolen bases yesterday and finished with 32.0 points on DraftKings at a $3400 price tag. Straw had 16 steals on 18 attempts prior to being called up and he had 70 steals between AA and AAA in 2018. Deep leaguers in need of speed, look no further.

Miguel Sanó was a perfect 3-3 with a pair of doubles, a walk, a RBI, and two runs scored. He is hitting .260 with five home runs, 11 RBI, and 13 runs scored through 13 games (50 at bats). He isn’t quite playing every day yet, but when he’s playing, he’s producing solid numbers.

Hunter Renfroe had himself a double-dong game against the Marlins, finishing 2-3 with the two dingers, a walk, and three RBI. That’s 17 home runs now and he is hitting a solid .261. Despite the high number of home runs, Renfroe only has 25 runs scored and 33 RBI.

The Twins won their game and made franchise history:

This is the fastest they’ve reached 40 wins in their 119-year history. pic.twitter.com/PyTboT90we

Jay Bruce was trade to the Phillies for prospect Jake Scheiner. He probably won’t be drawing too many starts with his new club, and he doesn’t have any fantasy appeal, but he will provide the contending Phillies with a power bat off the bench.

Joey Gallo landed on IL with a strained left oblique. Gallo was in the midst of a breakout season (at least in the average department), hitting .272 with 16 home runs, 39 RBI, 40 runs scored, and three stolen bases. Delino DeShields was called up to take Gallo’s spot on the active roster and is expected to draw the majority of the starts in center field while Gallo is on the shelf. The Rangers are hopeful that Gallo will be able to return after two weeks.

Rougned Odor made a fashion statement:

Jimmy Nelson will make his long-awaited return on Wednesday. Nelson hasn’t pitched in the bigs since 2017 due to shoulder surgery that stemmed from an injury in September of 2017. In five rehab appearances prior to being called up, he pitched to a 3.75 ERA across 24.0 innings at AAA while striking out 29. Keep in mind, Nelson finished ninth in the NL Cy Young voting in 2017 with a 3.49 ERA, a 12-6 record, and 199 strikeouts across 175.1 innings pitched (29 starts). It’s difficult to guess what can be expected from him in the near future, but his upside alone makes him worth an immediate add in fantasy circles. 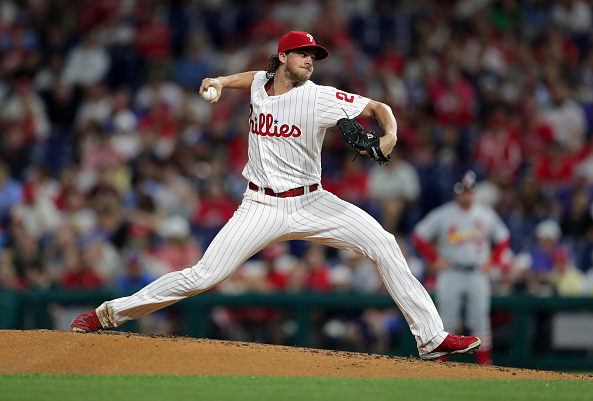 We only have four games today and not a single one of them features a starting pitcher with a sub-3.50 ERA. The closest two, Robbie Ray (3.59) and Jon Lester (3.59), will both have their hands full facing the Dodgers and Angels, respectively.

Aaron Nola will take on the Padres in hopes of improving to 7-0, despite an ERA north of four (4.18). He did pitch a lot better in May though, posting a 2.73 ERA across 33.0 innings (six starts) while striking out 42. He should fare well in this match-up as well.

Astros rookie right-hander Corbin Martin will attempt to last longer than 4.0 innings, something he hasn’t done in any of his previous three starts. He has really struggled to begin his career, pitching to a 5.51 ERA in his first four starts and giving up six home runs in just 16.1 innings of work.