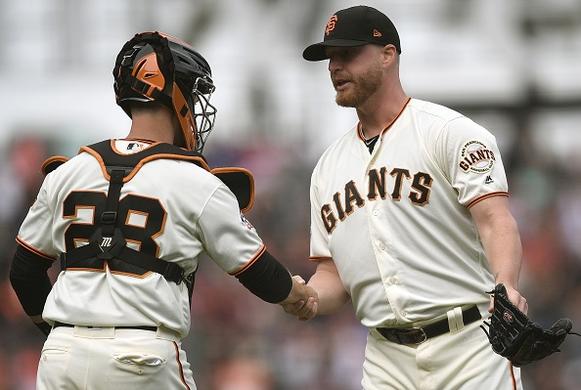 Each week I will breakdown closers and middle relievers in many different ways to provide you with all the information you need to have a successful fantasy bullpen. For any information regarding recent trades involving relievers, check out Fantasy Baseball Bullpen Report: Closers on the Move? Let’s dive in!

Héctor Rondón (63% owned) – Rondon has done a great job operating as the Astros closer and has recorded 10 saves, but it appears his time in the role is coming to a close. With the recent addition of Roberto Osuna , Rondon is likely to be ousted from the role within the next week or so, Osuna returns from suspension on August 5. Osuna is only 23 years old and already has 104 career saves to his name and has shown the ability to be an elite option at the backend of a bullpen. Look for Rondon to return to a setup role. 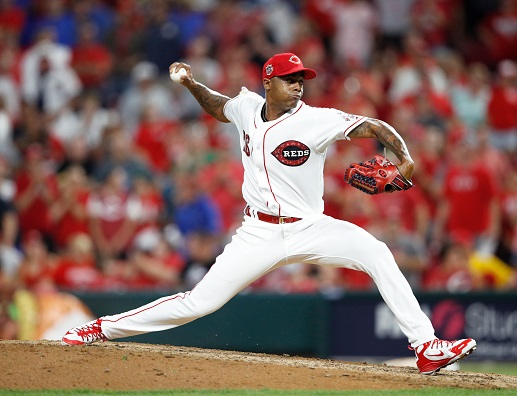 Raisel Iglesias (88% owned) – Iglesias made two appearances this week and converted on both of his save chances. He struck out two across two shutout innings and now has 21 saves on the year. He has not surrendered an earned run in his last eight outings, a span of 9.1 innings. Since June 17, Iglesias has given up only four earned runs and has recorded 12 saves. His ERA, WHIP, and BAA are down to a crisp 2.11, 1.00, and .192 respectively, all of which would be career best marks for the righty. He continues to show why he is one of the game’s best closers. Top-10. YTD stats: 47.0 innings, 21 saves, 49 Ks, 2.11 ERA.

Will Smith (51% owned) – Smith pitched three times this week and converted both of his save chances while also picking up a win. He struck out six across 3.1 shutout innings and had a strong 0.60 WHIP. He has now made four-straight scoreless appearances and has been a bright spot in the Giants bullpen all year. He now has six saves since taking over the closing duties and should continue to be a solid own in all fantasy leagues, making his 51% ownership more than questionable, it is far too low of a number. The six saves are already a career high and his current ERA (1.31) and WHIP (0.82) would both also be career bests. Below-average. YTD stats: 34.1 innings, 6 saves, 48 Ks, 1.31 ERA.

Jace Fry (12% owned) – Fry was recently handed the White Sox closing job after the team traded away Joakim Soria , so landing in the cold section isn’t ideal for him. In his first save chance he failed to record an out and gave up three runs en route to a blown save. After a strong May (0.75 ERA) and June (2.84 ERA), July has been a rough one for Fry as he has now given up 11 earned runs across 8.1 July innings (11.88 ERA). He needs to get back on track and quickly if he wants to avoid losing the job he just acquired a week ago. Bottom-tier. YTD stats: 33.0 innings pitched, 0 saves, 42 Ks, 4.36 ERA.

Kyle Barraclough (57% owned) – Barraclough is making a repeat appearance in this section, which of course is not a good sign. He pitched twice this week and failed to convert on his lone save chance, giving up an earned run. In his last four outings, Barraclough has two blown saves and has given up seven earned runs across just 3.2 innings pitched. He has been smacked around for eight hits and two home runs in that span and it has made his ERA jump from 1.28 to 2.54. Both the Marlins and his fantasy owners need Barraclough to get back on track and in a hurry. Middle-tier. YTD stats: 46.0 innings, 10 saves, 51 Ks, 2.54 ERA.

This section will focus on closers in waiting or closer capable guys and how they are performing. 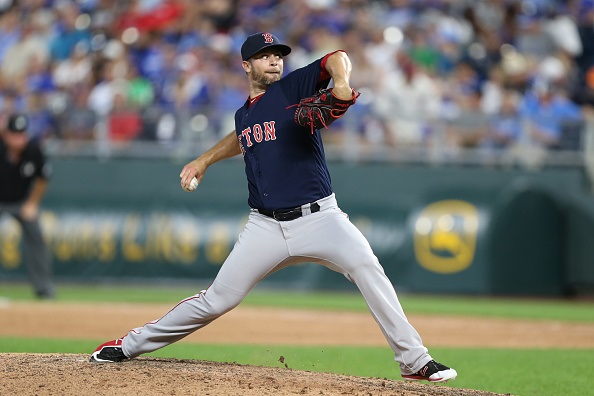 Tyler Thornburg (1% owned) – Thornburg’s stats for the season look rough since returning from the DL (5.19 ERA and a .250 BAA), but he has been pitching better of late and the Red Sox are starting to trust him with higher leverage situations. He has made five straight scoreless appearances; allowing just one hit across 4.1 innings pitched in that span, and has one strikeout in each outing. In that same span, he has picked up a hold and a win. Thornburg has good stuff and a history of success, it took him a while to finally get healthy since joining the Red Sox, but it looks like he is finally back. He won’t challenge Craig Kimbrel for saves, of course, but he is worth keeping an eye on in deeper leagues. YTD stats: 8.2 innings, 2 holds, 9 Ks, 5.19 ERA.

This simply provides the current top-5 closers in saves, strikeouts, ERA, and WHIP.