Howard Bender offers up his early player rankings for those looking to run a fantasy football draft for The Alliance of American Football (AAF). 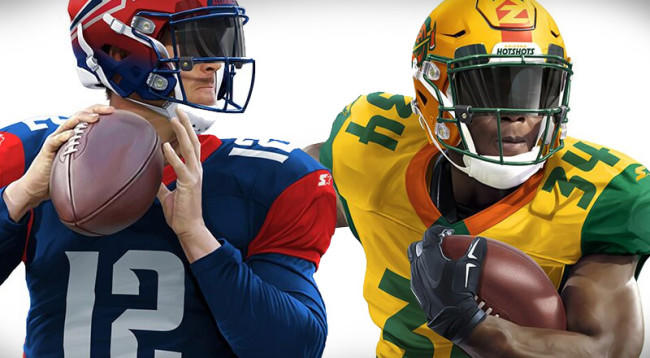 This is a very early look at fantasy football player rankings for The Alliance of American Football. We used a combination of the ADP reports found on the AAF web site, their team rosters and another web site called NoExtraPoints.com which used the league's introductory API to acquire preseason statitstics and developed a list of the starting offfensive players. It's about as close to a team depth chart as we can get right now. Once again, this is far from an exact science and those of us who are pioneering the fantasy efforts for The Alliance are doing the best we can with the information we are digging up. We're close, though, so if you're drafting against others right now, you're probably 10 steps ahead of where they are anyway. 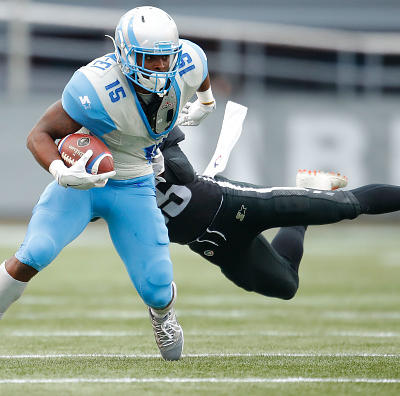 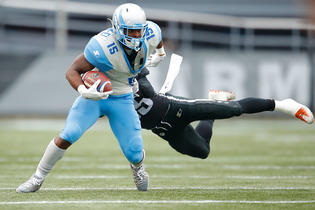 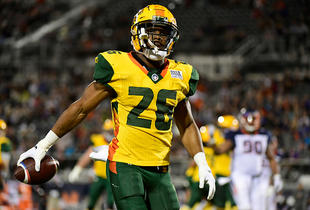 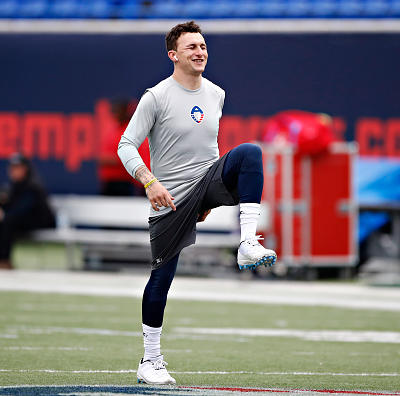 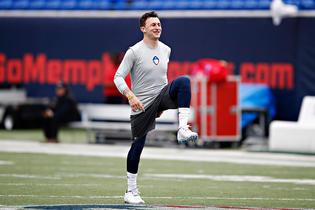 D. Mitchell - SG
UTA
Donovan Mitchell shot 3-of-15 from the field in Tuesday's win over the Knicks, finishing with nine points, eight rebounds, three assists and two 3-pointers in 34 minutes.
While Utah extended its win streak to nine games, they did so in spite of Mitchell's struggles shooting the basketball. New York focused much of its defensive attention on the star guard, and he failed to get untracked. The Jazz host Dallas in the second game of a back-to-back on Wednesday, and his numbers have been a bit low in such scenarios this season. In two prior back ends, Mitchell is averaging 16.5 points, 4.0 rebounds, 4.5 assists, 0.5 steals and 2.5 3-pointers per game while shooting 37.8% from the field.
Added 12:05 am (EST)
Added 12:05 am (EST)

R. O'Neale - SF
UTA
Royce O’Neale posted a line of 20 points (7-of-12 FGs, 4-of-5 FTs), six rebounds, two assists, one blocked shot and two 3-pointers in 35 minutes Tuesday vs. New York.
The Knicks took the approach of daring O’Neale to shoot, which is understandable given how difficult it is to defend Donovan Mitchell. The strategy failed, as O’Neale put forth his best offensive performance of his career. The 20 points scored matched his total in the prior three games combined. Rostered in 18% of Yahoo leagues, O’Neale ranks just outside of the top-100 in 9-cat formats for the season. His potential as a streamer outweighs his value in standard leagues.
Added Yesterday 11:58 pm (EST)
Added Yesterday 11:58 pm (EST)

M. Conley - PG
UTA
Mike Conley shot 5-of-12 from the field and 6-of-6 from the foul line in Tuesday’s win over the Knicks, tallying 19 points, seven rebounds, five assists and three 3-pointers in 32 minutes.
Conley gave Utah the spark that it needed to begin the third quarter, playing a part in 11 of the team’s first 13 points (eight scored, with an assist on a Bojan Bogdanovic 3-pointers). After struggling for much of last season the veteran point guard has looked far more comfortable, and Conley is currently a top-50 player in both 8- and 9-cat formats.
Added Yesterday 11:57 pm (EST)
Added Yesterday 11:57 pm (EST)

R. Gobert - C
UTA
Rudy Gobert posted a line of 18 points (8-of-13 FGs, 2-of-2 FTs), 19 rebounds, two assists and four blocks in 32 minutes Tuesday vs. New York.
Gobert dominated in the middle Tuesday night, as Knicks centers Mitchell Robinson and Nerlens Noel combined for nine points, 11 rebounds, two assists, three steals and four blocked shots. Providing fifth-round value in 9-cat for the season as a whole, over the last two weeks the “Stifle Tower” has been a top-25 player in both 8- and 9-cat formats over the last week. Gobert will face a different challenge Wednesday night when the Jazz host the Mavericks, as Dallas’ big men are mobile than the tandem that he faced on Tuesday. But there should be no doubt that Gobert will be able to put up another high-quality line.
Added Yesterday 11:57 pm (EST)
Added Yesterday 11:57 pm (EST)

E. Gordon - SG
HOU
Eric Gordon was solid in 29 minutes off the bench on Tuesday, scoring 20 points with two rebounds, four assists and a steal in the win.
Gordon returned to his reserve role with Victor Oladipo back in the lineup but it didn't matter. He shot 6-of-13 with two 3-pointers and 6-of-7 from the line and is boasting 46/35/81 shooting splits through 16 games this year. Whether he's starting or coming off the bench, he's going to produce points and threes, and he's still available in 40% of Yahoo leagues.
Added Yesterday 11:53 pm (EST)
Added Yesterday 11:53 pm (EST)

V. Oladipo - SG
HOU
Victor Oladipo was back in the starting lineup on Tuesday but struggled, going 7-of-21 from the floor with 20 points, five rebounds and one assist.
Oladipo missed 14 shots vs the Wizards and went just 3-of-10 from deep. He also failed to record any defensive stats which isn't like him. More importantly, he's struggled to make shots in his last three games in which he's a combined 18-of-59 on field goals and 5-of-21 from deep. It might be time for him to stop sitting games in back-to-back scenarios in order to establish some rhythm and consistent play if the Rockets want to keep up in the West.
Added Yesterday 11:42 pm (EST)
Added Yesterday 11:42 pm (EST)

I. Quickley - PG
NYK
Immanuel Quickley shot 1-of-11 from the field in Tuesday’s loss to the Jazz, finishing the game with six points, four rebounds, one assist and one steal in 23 minutes.
Quickley had arguably his worst game as a pro Tuesday night, two days after he surpassed the 30-point mark for the first time. But it’s worth noting that starter Elfrid Payton also struggled, as he shot 2-of-7 from the field and accounted for four points, two rebounds and two assists in 21 minutes. Payton remains Tom Thibodeau’s preferred choice at the point, due in large part to his experience. Until the head coach's line of thinking changes, Quickley will remain in the backup role.
Added Yesterday 11:37 pm (EST)
Added Yesterday 11:37 pm (EST)

J. Randle - PF
NYK
Julius Randle finished Tuesday’s loss to the Jazz with 18 points (6-of-16 FGs, 4-of-4 FTs), 10 rebounds, four assists and two 3-pointers in 35 minutes.
Another game, another double-double for Randle, who has put up five in his last six games and 13 this season (ten in January). The coaching change has worked wonders for Randle when it comes to his fantasy value, as he is a top-50 player in both 8- and 9-cat formats. His Yahoo 9-cat ADP was 82, so it’s safe to say that Julius is exceeding expectations.
Added Yesterday 11:36 pm (EST)
Added Yesterday 11:36 pm (EST)