Dan Malin offers some strategies when finding a bye-week D/ST to fill in as well as offering up some teams to target for crucial weeks in the 2020 season! 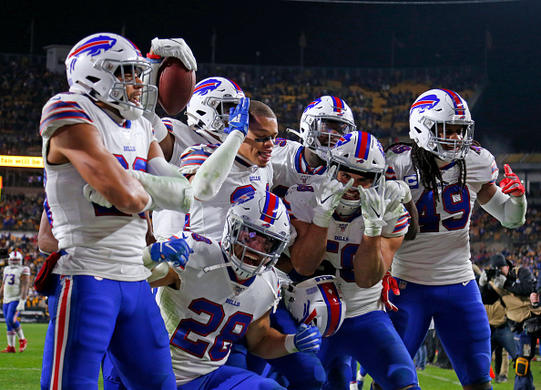 Bye weeks always present a mild challenge in fantasy football. These aren’t as significant as owners make them out to be. During drafts you’ll find people worrying about trying too many players with the same Bye week, then panic ensues, and it’s simply overblown. Bye weeks get over exaggerated every year. Just plan accordingly and you’ll be fine. For D/ST’s it’s no different. I’m a firm believer in streaming D/ST’s so I am completely comfortable throwing D/ST’s to the waiver wire. If I don’t get them back, so be it. Move on and find another.

Sometimes owners like to hang on to their Top 10 D/ST’s through a Bye week. I normally advise against that, but hey to each their own. It is your team after all so if you find yourself so inclined to hang on to your defense through their Bye week, I’m not stopping you. Rather I’ll try and help you find some solutions for a streamer. Here are the Bye weeks we’re looking at:

As you can see owners will have some decisions to make especially in Weeks 8 and 11. As always, a great rule of them is to observe the betting lines each week. Identify games with the lowest projected scoring totals and see if there are some heavily-favored teams in those games. If a favored team is available on waivers they may be worth streaming that week. As of right now, I can’t project over/unders in May but that’s one strategy I use when looking at streamers each week and I always observe betting lines and their movement when building the D/ST Coach each week for DFS. And in general, examine the matchups. Target teams that struggle to run the ball, or maybe teams that turn it over at a higher rate. Get those teams with a good pass rush against a weak offensive line and reap the benefits of numerous sacks. It doesn’t all come down to Vegas.

As we can see, Week 8 puts teams like the Steelers, Broncos, Cardinals, Ravens, and Texans on a Bye. All of these teams, in some capacity, could have fantasy relevance this year. I’m a firm believer in the Cardinals defense being much improved, but regardless the Steelers and Ravens will most certainly be owned. If you need a replacement this week we have some options.

Among teams that may be available in your league (and this is subject to change), the Titans, Chiefs, and Buccaneers have some great

matchups. Tennessee has a road tilt against the Bengals, and while Cincy may have found themselves a franchise quarterback, they’ll need time to develop Joe Burrow. The Titans didn’t have an overwhelming defense last year, but they were effective and streamable at times. As of right now this is a matchup worth considering if you find yourself at a crossroads with a regular D/ST on Bye. The Chiefs don’t jump off the page as having an elite defense as the offense tends to carry their success, but a Week 8 home game against the Jets seems ripe for the picking. This will be a matchup that fantasy owners look to stream regardless of which teams are on Bye. The Jets will be picked on this year and the opposing defense for New York will always be a tempting waiver wire target. And lastly we have the Buccaneers, and while much attention will be given to Tampa Bay because of the new faces on offense, the defense is in position to be great this year. They have some difficult matchups against the NFC South, but in Week 8 they travel to the Meadowlands for a matchup against the Giants. The Giants, like the Jets, are on the younger side looking to gain experience and get better. I like the Bucs a lot in this matchup as I’ve touted numerous times about the talent they have that will be just as impressive as the talent on the offensive side of the ball. All three of these teams are in play if available on waivers in Week 8.

The week before Thanksgiving poses another challenge for fantasy owners with the Bills, Bears, and 49ers having the week off. The Dolphins may actually be fantasy relevant based on the talent they acquired in the offseason so their owners may be keying in on teams this week as well. This week provides a lot more uncertainty since there are no “sure” things as to which teams will be available on waivers. But one team I’m intrigued by as a D/ST streamer in Week 11 will be the Carolina Panthers. They have a new coach and will have a new look on offense with Teddy Bridgewater under center. They’ve seen some turnover on defense, but they invested all their draft picks on the defensive side of the ball. And this particular week they draw the Detroit Lions at home in the Queen City. I don’t expect the Panthers to have it all figured out, but I like the prospect of this matchup because of the minimal expectations bestowed on the Detroit Lions. Matthew Stafford ’s days in the Motor City could be numbered and I’m still not impressed with the offense. Stafford’s a gunslinger, but he’s turnover prone and the Lions are notorious for having a sluggish running game despite some excitement surrounding D’Andre Swift.

Other teams receiving votes for this week include the Texans at home against New England but that could change entirely based on how Houston’s defense looks this year. The Chiefs visit the Raiders this week, but I’m not as confident in this matchup, but the Browns and Eagles D/ST’s may be worth taking a look at this week as well. This game could very well be a shootout depending on how Baker Mayfield and Carson Wentz fare this season. Time will tell.

So we only have two teams on Bye this week, and they are the Panthers and Buccaneers. The Panthers might not be in high demand at this point in the season. They strike me as a stream-worthy D/ST. But the Bucs are interesting because this will be the last week of the fantasy regular season. As high as I am on them, it’ll be pretty unfortunate to be missing out on this D/ST or even the positional players with a crucial fantasy matchup on the line. There will be an abundance of options this week on waivers. Hopefully the Dolphins are available with the Jets and Bengals lined up to face Miami in Weeks 12 and 13. The Raiders will also be in play against the Jets. No need to panic if you own the Bucs, and don’t feel obligated to hang on to them either.

Once we get into the groove of the 2020 NFL season these recommendations could change so keep tabs on Fantasy Alarm’s bi-weekly waiver wire columns for advice on streaming D/ST’s and you could even use the D/ST coach as a tool as well. It’s a week-to-week approach so take it all in stride as streamers during these crucial weeks, and other weeks, will emerge for you to take advantage of.