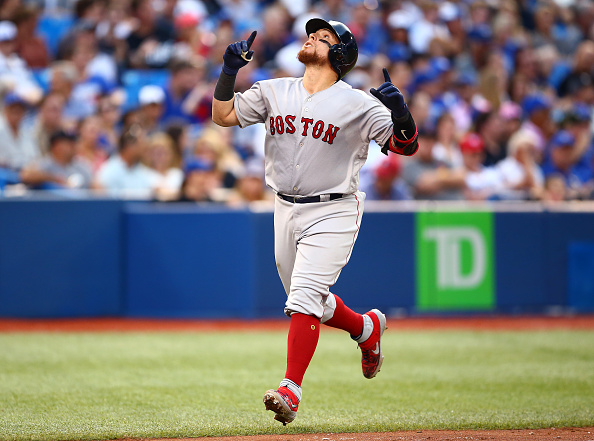 We are back following the MLB All-Star Break! Actually it’s still going on, but the Rangers and Astros return to action on Thursday night with every other MLB hitting the ground running starting Friday. This edition of the Waiver Advice column will look a lot like what you’re used to as opposed the abbreviated version from last Saturday, so here are the players to target to kick off the second half of the season!

Matt Olson 1B OAK; FAAB Bid: 15-18% - Surprisingly enough Olson is under 70% owned on Yahoo and ESPN. Remember, he didn’t play at all in April. All 19 of his home runs have come in the last two calendar months. He’s only hitting .250 on the year, but his .896 OPS sure helps compensate for the occasional offensive woes he may experience. He has eight home runs dating back to June 21st and should reach 30 total on the year as we head into the second half of the season. 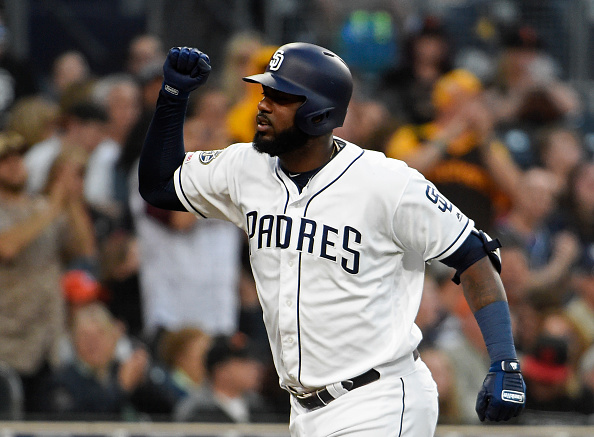 Franmil Reyes OF SD; FAAB Bid: 10-12% - There is significant risk in playing Reyes in a points league. Through the first half of the season he has a 26.5% strikeout rate and just a 7.0% walk rate. But he’s under 60% owned on Yahoo and under 45% owned on ESPN. Reyes still has tremendous value in a roto league or even a head-to-head categories league. He’s hitting .253 (good, not great) but still touts an OPS of .850 because of his power upside despite the lack of walks. He’s 19th in slugging percentage (.549) and he already has 25 home runs on the season and maybe he can get 15 more to get to 40. He’s a tremendous source of power and he’s just floating around in the waiver abyss in most leagues.

Sonny Gray SP CIN; FAAB Bid: 8% - Gray had somewhat of a sluggish start to his tenure in Cincinnati. He didn’t register his first win of the season until May 21st, but since then he’s 5-1 with a 10.68 K/9, and a 2.91 ERA. The downside to adding Gray right now is that he probably opens the second half with a road start in Coors Field. That’s pretty gross. But his ownership is ticking up in shallower leagues and he’s worth rostering with the strikeouts he’s been garnering this season and if you want to play it safe and bench him against Colorado that’s totally fine. Gray’s having a solid 2019 campaign after a disappointing run with the Yankees the last two years.

Christian Vázquez C BOS; FAAB Bid: 6-7% - Vazquez went on a nice little run leading up to the All-Star Break. From June 30th up to July 7th he ripped four home runs, scored nine runs, drove in ten runners, and also had three doubles. This streak raised his season-long batting average to .299 with an .852 OPS. Typically he hits sixth or lower in the lineup, but the Red Sox offense has been pretty respectable so far this year. You wouldn’t really know it considering the pitching has been sub-par, but he’s already set career high’s in home runs and RBI. He should definitely be started in shallower leagues. 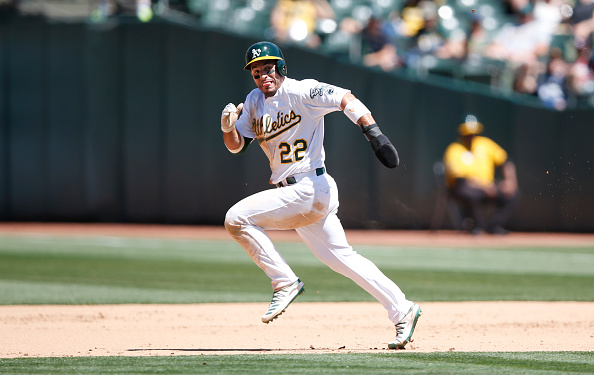 Ramón Laureano OF OAK; FAAB Bid: 10-12% - He may be an outfielder and you might have plenty on your roster, but Laureano, like most of the guys on this list, went into the All-Star Break on a solid streak. From June 30th to July 7th Laureano hit three home runs, two doubles, scored eight runs, and drove in nine. He takes a hit in points leagues since he strikes out MUCH more than he walks (27.0% K-rate compared to a 5.1% BB-rate). But he currently has 16 home runs this year and ten steals. In 139 career games in the big leagues he has 21 home runs, 79 runs scored, 66 RBI, and 17 stolen bases. He’s legitimate and should be a solid fantasy contributor the rest of the way.

Andrew Cashner SP BAL; FAAB Bid: 5% - The pitcher formerly known as “Trashner” has been anything but since June. Surprisingly he’s 9-3 on the year and in his last five starts he has a quality start in each appearance where he’s allowed just four walks and hasn’t surrendered a home run. He’s not a massive source of strikeouts and run support could be scarce at times since he plays for the O’s, but this guy is worth using roto or head-to-head categories leagues. His fastball and changeup have great velocity separation and they’ve complimented each other quite well during his hot run.

Freddy Galvis 2B, SS TOR; FAAB Bid: 6-7% - Galvis had almost a solid month of offensive production leading up to the All-Star Break. From June 13th to July 7th he hit .355 and an OPS of 1.036 with six home runs, 16 runs scored, and 19 RBI. He also had two stolen bases, a triple, and six doubles in that span as well. Galvis has bounced around all over the Blue Jays lineup, but in the five games prior to the All-Star break he was hitting leadoff or second. Toronto opens with a long road trip, but Galvis gets three games in hitter-friendly Yankee Stadium and then heads to Fenway Park to take on Boston’s suspect pitching staff.

Michael Pineda SP MIN; FAAB Bid: 4% - Don’t go too crazy with Pineda, but he finished the first half of the season on a decent run in comparison to a majority of his starts. In ten starts from April 13th through June 7th Pineda gave up at least three runs in each start. Now if he were going six innings in each outing and only giving up three runs then he’s registering a quality start. However, that kind of fortune wasn’t on his side. In that span he had a 5.89 ERA and was surrendering 2.13 HR/9. But in his last five starts leading up to the All-Star Break he struck out 31 hitters in 28.2 innings of work, surrendered just two home runs, and had a 2.83 ERA with a 2.57 FIP. He’ll open with either a start against the Indians or the Twins to kick off the second half, but if he found his groove leading up to the break hopefully he starts where he left off. 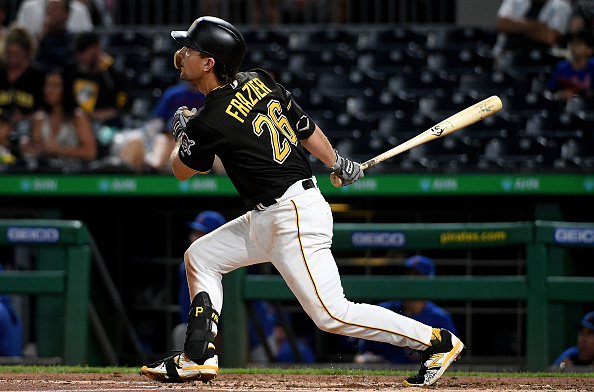 Adam Frazier 2B, OF PIT; FAAB Bid: 3-5% - It’s hard to tell what exactly got into Adam Frazier to kick off July, but he was RED HOT in the week leading up to the All-Star Break and hopefully he hasn’t cooled with the time off. In seven games in July he has 18 hits, yes you read that right. 18 hits in just seven games, and one of those games he was a pinch hitter with just one plate appearance! He had four games with at least three hits and in total he hit seven doubles, a home run, and scored 11 runs to go with seven RBI. It’s amazing what can happen if you move a guy to the top of the order. Keep your fingers crossed the Bucs keep him there to kick off the second half of the season.

Renato Núñez 1B, 3B BAL; FAAB Bid: 4% - So Nunez has cooled off a little bit overall from his hot start, but he’s still showcasing some solid power. He has 20 home runs on the year, but the batting average has fallen to .239 with a .799 OPS. He did hit four home runs and three doubles in his last eight games before the break. He takes a bit of a hit in points leagues, but he’s a decent source of power who has seen his ownership drop since a scorching run in May.

Michael Brosseau 2B, 3B TB; FAAB Bid: 2-3% - This is a bit of a longshot suggestion, but Brosseau has looked really good in minimal time with the Rays. And he’s a pretty good story as well. Brosseau was undrafted out of college, but quickly worked his way up the Rays minor league system. In 68 games this season at Triple-A he had 15 home runs, 51 runs scored, and 58 RBI. So far in eight games with the big league club he has ten hits, half of which have gone for extra bases. It’s not sexy, but Brosseau is a solid hitter that can help your deep league fantasy roster if the Rays keep putting him in the lineup.