Daniel Malin breaks down the injury situations across Major League Baseball, including player profiles, reasons for optimism, and reasons for pessimism. 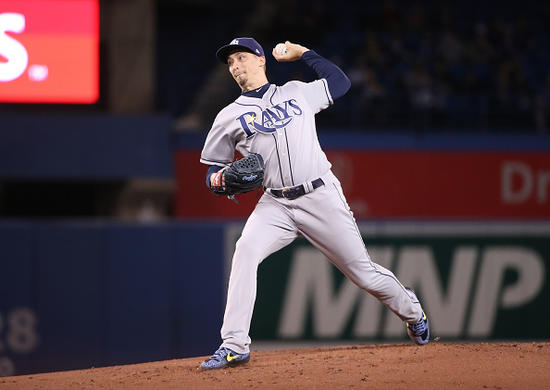 Blake Snell (Starting Pitcher – Tampa Bay Rays) – Folks, don’t ever get out of the shower and try to move a heavy slab of granite. That’s what Blake Snell did and unfortunately he dropped said granite and broke his toe in the process. Snell landed on the Injured List earlier this week, but don’t worry the Rays are optimistic he’ll only miss one start. He’s eligible to come off the IL on Tuesday and resume being the dominant ace that he is. So far in 25 innings of work he has a 2.16 ERA and 36 strikeouts. Hopefully he’s TOEtally fine when he comes back. That’ll be the only pun that makes the article, I swear. 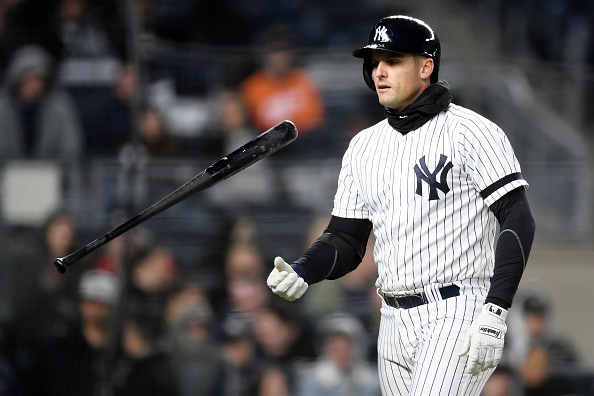 Greg Bird (First Baseman – New York Yankees) – Greg Bird was another Yankee to join the long list of Bronx Bombers on the newly-appointed Injured List. Bird had been struggling at the dish with a slash line at .171/.293/.257 with just one home run that came way back on Opening Day. That home run is still his only extra base hit on the season. Bird’s planta fascia tear will keep him sidelined for the time being. Luke Voit will likely see the most playing time at first base in Bird’s absence and New York called up 26-year-old lefty-hitter Mike Ford from Triple-A Scranton/Wilkes-Barre.

Mike Trout (Outfielder – Los Angeles Angels) – Trout isn’t necessarily “injured” although he did miss a few games about a week ago and has been relegated to the DH spot in the Angels lineup. The good news is that manager Brad Ausmus said Trout should resume outfield duties for Friday night’s game against the Mariners. Trout is still hitting .348, but he’s yet to go deep since coming back from his brief absence. I wouldn’t be too concerned. The injury seems minor and he’s still scored four runs in his last four games. The move back to the outfield is certainly a good sign.

Dustin Pedroia (Second Baseman – Boston Red Sox) – You hate to see it, but Dustin Pedroia is likely done. He’ll keep playing, working, and grinding it out, that’s what Red Sox fans love about him. He won’t quit and he’ll try to get back to full health. But he’s 35 and since 2015 he has just one season logging more than 110 games. He played just three games in 2018 and lasted only a week before being placed on the Injured List this year. Boston seems confident this is a minor setback and it’ll be a brief stint on the IL. But at this point he’s unreliable for fantasy.

Lucas Giolito (Starting Pitcher – Chicago White Sox) – Giolito was cruising in his last start against the Royals. Unfortunately he had to leave in the third inning with a hamstring strain so that puts a damper on an otherwise impressive start where he had recorded five strikeouts in short work. Hamstrings are tricky, as we’ve seen in the NFL. Rest is really the only thing you can do to properly heal from these types of issues and they impact everybody differently. They’re the worst type of “nagging” injury. As of right now the White Sox anticipate Giolito missing just one start, which is fairly good news. Hopefully this doesn’t slow down his progress as he’s been averaging over a strikeout per inning despite the unsightly 5.30 ERA to start 2019.

Shohei Ohtani (Designated Hitter – Los Angeles Angels) – Good news for anyone who drafted Ohtani and has been stashing him to start the year; the Angels have gone on record saying Ohtani will take some batting practice before Friday’s game against the Mariners! While he won’t pitch or play defense this year, he could still be a valuable asset in their lineup and yours! He won’t require a minor league rehab stint since he isn’t pitching, instead he’s going to log some simulated at-bats leading up to his debut which should be no later than mid-May.

Rich Hill (Starting Pitcher – Los Angeles Dodgers) – Rich Hill made a Triple-A rehab start on Wednesday and threw 54 pitches. He’ll likely make another start or two before re-joining the Dodgers. Hill injured his knee a little over a month ago during spring training that would force him to miss Opening Day. The Dodgers take a unique approach with their Injured List decisions and Hill’s injury history in particular is one to keep an eye on. It wouldn’t be too shocking if the Dodgers took a cautious approach with Hill upon his return. I wouldn’t anticipate him going six innings deep in his first few starts. He’s 39 years old and we’ve seen blisters shut this guy down for two weeks in the past. 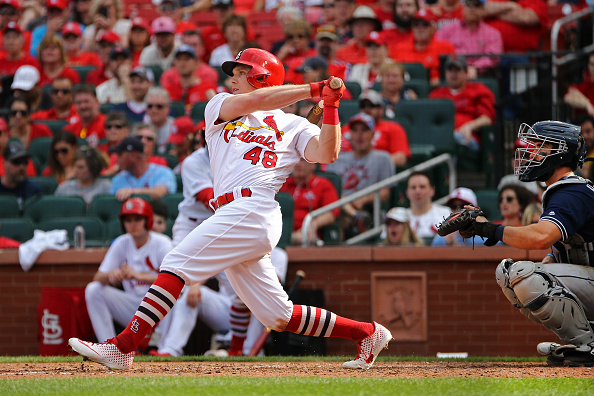 Harrison Bader (Outfielder – St. Louis Cardinals) – It’s been a rough start to the year for Bader. Prior to landing on the Injured List he was 0-for-18 in his last five games, but he was still walking at a respectable clip. Bader injured his hamstring in last weekend’s series against the Reds in Mexico. He’s done some light running, but as mentioned up above hamstrings are tricky. The Cardinals will take their time with him, but he’s eligible to be activated this coming Wednesday.

Giancarlo Stanton (Outfielder – New York Yankees) – Stanton’s been sidelined with a bicep injury and hasn’t logged a game in April just yet. He’s been hitting the batting cage with a pitching machine and was able to add some authority to his swings. Rumors have gone around saying Stanton could be back for New York’s West coast trip that starts early next week, but manager Aaron Boone advised the Yankees would be more cautious with their stud power hitter. But the fact he’s swinging a bat is a great sign and it looks like he’ll be back sooner rather than later.

Jean Segura (Shortstop – Philadelphia Phillies) – We can add Jean Segura to the list of players dealing with a hamstring injury. Segura’s missed the last couple of games for Philadelphia and manager Gabe Kapler noted before Thursday’s game that Segura would likely miss a few more games as well. A stint on the Injured List doesn’t seem like it’s in the cards for Segura as he was able to do some light running before Thursday’s game. This early in the season, there’s no reason to risk injury so the Phillies will be patient.

Jacob deGrom (Starting Pitcher – New York Mets) – The reigning NL Cy Young winner will have his Friday night start pushed back to Saturday as deGrom was diagnosed with strep throat. Jason Vargas will get the start Friday night. There’s no need to be too concerned about deGrom unless he’s still feeling under the weather on Saturday. Play it by ear, but expect him to start Saturday as planned. UPDATE: As it turns out, deGrom is oddly going to have an MRI on his right elbow. Apparently he was playing catch and his elbow started barking up so the Mets are going to take all precautions and he'll have an MRI on Saturday. deGrom underwent Tommy John surgery back in 2010 and while it's not necessary that serious, it's a little concerning for Mets fans and deGrom owners.