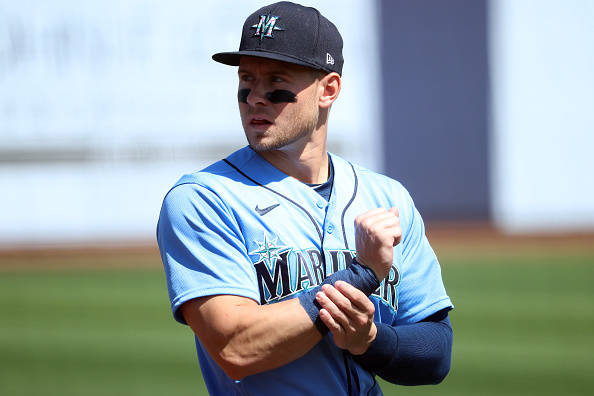 Jarred Kelenic (SEA); FAAB Bid: 20-30% - Given what we've seen from the offensive landscape in fantasy baseball this year, I have no problem saying Kelenic potentially steps into the majors as a Top 30 outfielder (maybe even Top 20). He'll be getting called up on Thursday so if he's out there in ANY of your leagues, you need to run, not walk, to grab him. He's a top five prospect, arguably the second-best prospect behind Wander Franco and he does a little of everything in terms of power and speed. Grab him if he's available.

Wander Franco (TB); FAAB Bid: 10-15% - It doesn’t seem like the Rays will keep Franco down for long. He traveled with the team for the World Series last season and he was with the organization late into Spring Training. Add in the fact he’s destroying opposing pitchers in Triple-A right now (.421/.450/.895 slash line through 20 plate appearances) and it seems like he could be up in due time. But who knows with the Rays, right? They’re a tough organization to get a read on but if he continues to rake at Triple-A (as is expected) they can’t keep him down for long.

Josh Rojas (ARI); FAAB Bid: 5% - Rojas entered Sunday on an eight-game hitting streak including five total hits between Friday and Saturday. He bounces around the lineup and largely hits in the bottom half, but that’s really the only complaint with him. The batting average could regress a little bit to around .250 but he does a little bit of everything to help out with most categories. I wouldn’t go crazy adding him in points leagues because he doesn’t walk enough to counter the strikeouts.

Josh Harrison (WSH); FAAB Bid: 3-5% - Harrison doesn’t do anything spectacular but he’s solid. He entered Sunday hitting .305 with an .857 OPS. He flashes some power, but he hits atop the order so he’s a better source for runs and maybe steals if they let him run more (he has one steal on three attempts). Again, nothing flashy here but he can provide solid production in 12-team leagues or deeper formats.

Harrison Bader (STL); FAAB Bid: 3-4% - Bader made his 2021 debut on the last day of April and it’s gone fairly well. He entered Sunday with just a .233 batting average, but he collected a hit and two walks to close out the week. He also has three home runs and a pair of stolen bases to start the year so he hasn’t needed a period to really ramp up to midseason form.

Madison Bumgarner (ARI); FAAB Bid: 6-7% - He’s nearly 80% owned in CBS leagues so the availability could be minimal over there, but he’s available in almost half of all leagues in ESPN leagues. MadBum has really turned back the clock in his last few trips to the mound. Over his last four starts (23 innings of work) he’s allowed just three earned runs and two walks. He’s averaging over a strikeout per inning and while the velocity isn’t as impressive as it was back in the day, it’s still an improvement from where he was at to start the year. He gets a pair of home matchups against the Marlins and Nationals so by all means grab him for this week for your ESPN leagues and see what he can do for you.

Cole Irvin (OAK); FAAB Bid: 5% - I was hesitant to jump on the Cole Irvin hype train because I didn’t like the strikeout numbers initially. And it’s as if he heard my concerns because over his last four starts (25.1 innings) he has 29 strikeouts to just three walks. He’s generating more swinging strikes so that’s obviously great to see and at the time of this writing he has three scoreless innings in the book against Tampa Bay. The ownership is on the rise so get on board while you still can.

Nate Pearson (TOR); FAAB Bid: 3-5% - Consider this a special shoutout for MDeMarco from the MLB Seasonal Chat. I get asked almost daily about Pearson but it’s no surprise he was called up so soon because he would’ve broken camp with the team if not for injury. He’s one of the top pitching prospects in the league and in 3.2 innings so far this season in the minors he has eight strikeouts to one walk. He took a beating against the Astros on Sunday, but BFD, they’re pretty good at baseball. I’m chalking it up to nerves and want to see him get a longer leash. They really threw him in the deep end on Sunday

Robbie Ray (TOR); FAAB Bid: 2-5% - Perhaps it’s the stigma of having a BB/9 over 4.00 from yesteryear, but Ray’s doing pretty well this season for what it’s worth. I should acknowledge that the long ball continues to haunt him as he’s allowed five home runs in his last three starts. However, he’s somehow logged a quality start in each of those outings. This guy is a bit of an anomaly. He has solid velocity and generates strikeouts, but we know he can get rocked at the drop of a hat. That’s probably why his 3.14 ERA looks terrifying next to his 4.74 FIP. Proceed with caution with Ray, but he’s getting two starts this week.

Jordan Romano (TOR); FAAB Bid: 3-4% - Being named the Blue Jays closer seems to be a curse as Toronto has lost Kirby Yates , Julian Merryweather , and now Rafael Dolis. Dolis hit the IL with a calf injury so placing him on the IL opened up a roster spot for Nate Pearson . The bullpen’s a little depleted but you can maybe get by with Romano for some cheap saves.

Jake Diekman (OAK); FAAB Bid: 3% - The closer situation in Oakland is certainly annoying at the moment and Lou Trivino is likely still the guy to own for saves. If he’s still out there you should give him some consideration. But Diekman’s still a solid arm to own especially in saves + holds leagues. He has three saves and four holds on the year with 22 strikeouts in 15 innings. He hasn’t allowed a home run either so by all means he carries nice value in leagues that reward holds and he aids ratio categories