Christopher Morais goes over which players should be added to your fantasy hockey team for the upcoming week. 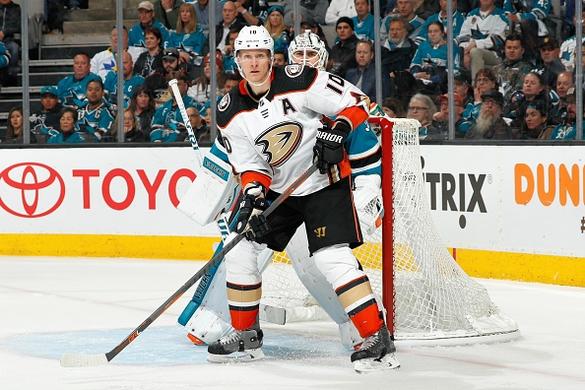 The NHL season is in full swing and that means so is fantasy hockey! It’s a long grind to get to the playoffs, and an even tougher challenge to win it all. Like every year, injuries are going to happen to key players, which means we need to be active on the waiver wire. The waiver wire can help you win a championship, so it’s important to add the right players at the right time. Let’s take a look at which players are worth looking adding for the upcoming week.

After missing most of the 2018-19 season due to a knee injury, Corey Perry is back in the lineup and ready to help the Ducks win some hockey games. The veteran forward isn’t the player he once, but he can still be fantasy relevant for a team that needs some scoring. Perry is going to see top line minutes with Getzlaf and Rakell, and he’s expected to also see some time on the top power play unit. He’s only 45% owned on ESPN, so he’s available to add if you need some help up front.

After being traded from the Florida Panthers, Nick Bjugstad is hoping a new team will help reignite his career. What better place for him to do that than with the Pittsburgh Penguins. The 26-year-old can play bother center and wing, so it will be interesting to see how Pittsburgh utilizes his talent. The former first round pick has only 13 points this season, but he’s moving from a mediocre offence in Florida to a power house scoring machine in Pittsburgh. At 16% owned on Yahoo!, Bjugstad is worth adding, even if there’s a chance that he does nothing.

Colorado’s top line has had a ton of success this season, but it looks like head coach Jared Bednar is ready to break the trio up. According to Daily Faceoff, Carl Soderberg is expected to take MacKinnon’s spot between Landeskog and Rantanen, which makes him fantasy hockey relevant. Soderberg has had a pretty decent season so far, scoring 17 goals and adding 14 assists in 50 games. The 17 goals is already a career high, and with the opportunity to skate between two excellent forwards, the veteran forward could easily hit the 25-goal total before the end of the season. The 33-year-old is only 18% owned on Yahoo!, so he’s very much available in shallow and deeper leagues. As long as he gets the opportunity to skate with Landeskog and Rantanen, he’s worth a roster spot.

There was a lot of talk that defenceman Oscar Klefbom would be ready to return to the lineup after the all-star break, but a setback to his injured hand in practice has pushed his timeline back by about two games. He did not play Saturday afternoon against the Flyers and he will not play Sunday against the Canadiens. The belief is that the 25-year-old will be ready by the beginning of next week, so fantasy owners may want to get a jump start by adding him now. The Oilers are a mess of a hockey team, but Klefbom is their best defenceman not named Darnell Nurse. He will make the power play better and he will go back to playing a ton of minutes every game. His ownership on Yahoo! is at 31%, so now would be the optimal time to add him.

We’ve already talked about Hart being a nice pick up a couple of weeks ago, but for some reason, despite his outstanding play, he’s only 27% on ESPN. The worry is that once Michal Neuvirth and Brian Elliott get healthy again, Hart will lose his starting job and be sent back down to the AHL. That is a legitimate fear, but the rookie goalie has proven that he can play at this level and he gives his team a chance to win every time he starts. Even if he does get sent back down to the AHL, he should not be 27% owned! His 2.58 GAA isn’t amazing, but his .921 SV% is more than respectable. If for some reason the 20-year-old is floating around on the waiver wire, add him! 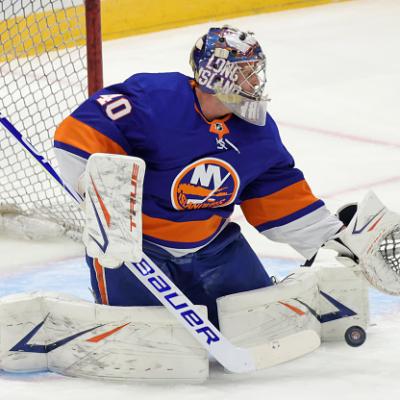 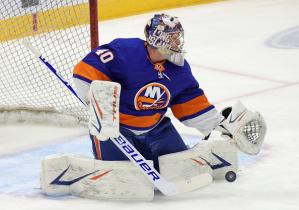 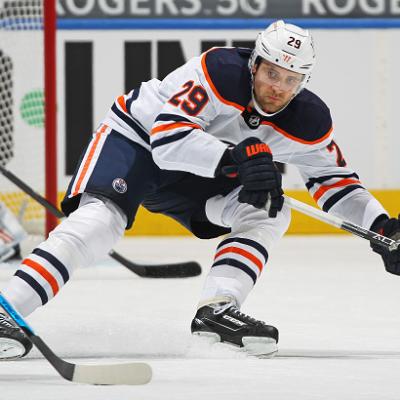 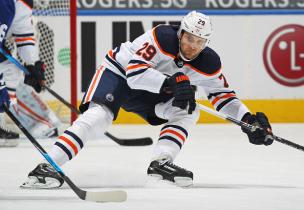 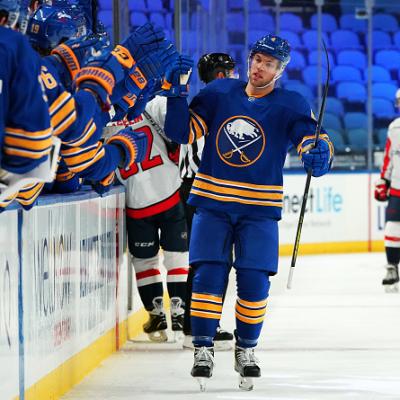 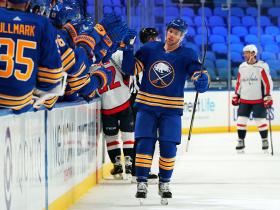 NHL Ville Husso gets the nod for St. Louis on Sunday

NHL Colorado gets Andre Burakovsky back on Sunday

A. Chiasson - F
EDM
Alex Chiasson will be scratched for Sunday's game against Winnipeg.
This will be a second straight game in the press box for Chiasson, who has been out of the mix since James Neal returned to action. He didn't have a point in five games prior to sitting. Oilers defenders Caleb Jones and William Lagesson will also be scratched on Sunday night.
Added 8:44 pm (EST)
Added 8:44 pm (EST)

L. Brossoit - G
WPG
Laurent Brossoit will be in goal for Sunday's game against Edmonton.
Brossoit will get his second start of the season in the second half of a back-to-back situation for the Jets. Connor Hellebuyck played in Saturday's win over Ottawa and he will get a breather. Brossoit's previous appearance this year came against the Senators on Jan. 19 when he stopped 38 shots in a 4-3 overtime victory.
Added 8:32 pm (EST)
Added 8:32 pm (EST)

W. Karlsson - F
VGK
William Karlsson scored the only goal in Sunday's 1-0 win against Arizona.
Karlsson ended a scoreless tie with only 43 seconds left in the third period. Jonathan Marchessault and Alex Tuch picked up assists on the play. Karlsson has two goals and one assist in six games this year.
Added 8:19 pm (EST)
Added 8:19 pm (EST)

M. Fleury - G
VGK
Marc-Andre Fleury turned aside all 16 shots he faced in a 1-0 shutout win over Arizona on Sunday.
The Coyotes only had four shots in the first period and five shots in the third period the contest. Fleury made the stops he had to, though, and Vegas finally scored the game's only goal with 43 seconds remaining in regulation. Fleury has a 3-0-0 record this season, but will likely continue to share the crease with Robin Lehner.
Added 8:16 pm (EST)
Added 8:16 pm (EST)

D. Kuemper - G
ARI
Darcy Kuemper surrendered one goal on 27 shots in Sunday's 1-0 loss to Vegas.
The Golden Knights scored the game's only goal with only 43 seconds remaining in regulation. It wasn't a particularly busy night for Kuemper, but he nearly got the Coyotes an overtime point despite the team not mustering much of anything offensively. His record slips to 1-3-1 on the year with a 2.79 GAA and .906 save percentage.
Added 8:12 pm (EST)
Added 8:12 pm (EST)

J. Markstrom - G
CGY
Jacob Markstrom stopped 29 of 32 shots in a 3-2 loss to Toronto on Sunday.
Markstrom's first regulation loss as a member of the Flames was a strange one, as pucks were bouncing and deflecting right in front of him off skates. He will look to bounce back on Tuesday night versus the Leafs if he gets the nod again. Markstrom has a 2-1-1 record this season with a 2.26 GAA and .928 SV%.
Added 8:08 pm (EST)
Added 8:08 pm (EST)

R. Gardner - F
DAL
Rhett Gardner is not listed on the Dallas roster.
Gardner joined the main group at Saturday's practice, but he won't play on Sunday night and isn't listed among the team's scratches. It appears he is either on the taxi squad or has been assigned to the minors.
Added 7:49 pm (EST)
Added 7:49 pm (EST)