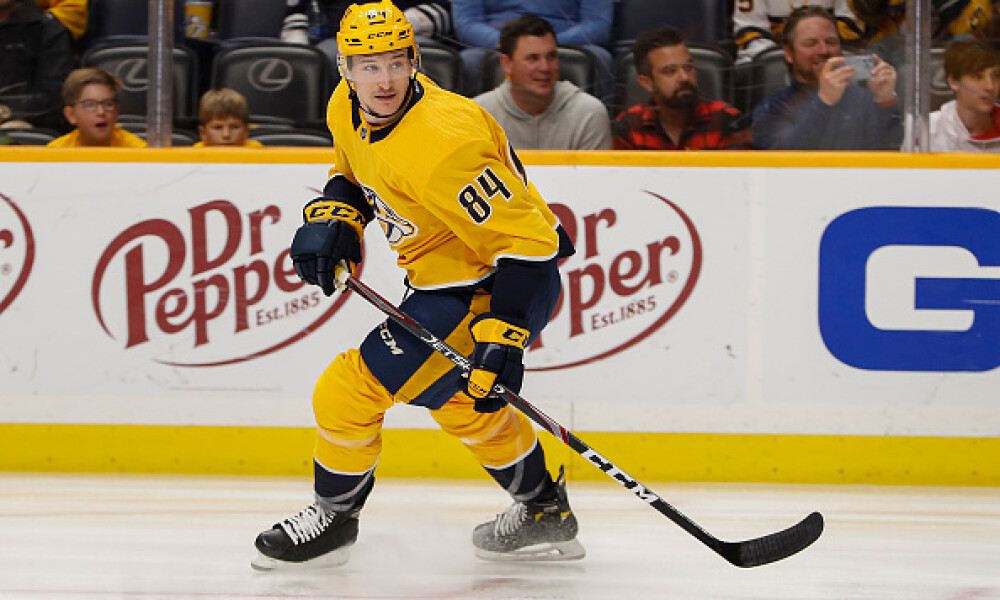 If you are looking for up-to-date information about players on the COVID-19 protocol this, you can find it here.

Who is Tanner Jeannot? The Predators rookie has been pretty productive this season-- scoring ten goals and adding ten assists-- while racking up 102 hits. That is some pretty good production in a categories leagues and you can get him for FREE off the waiver wire. I don’t know if he’s going to maintain this pace in the second half, but for fantasy teams looking for some help up front, this kid is a solid pickup.

Anthony Duclair has been red hot over the last three games: scoring three goals and adding two assists. He’s found a home on the second line and is really starting to be a player the Panthers count on for offence. He’s got a great shot, and playing on a line with Jonathan Huberdeau can only help his production. He’s 53% owned in Yahoo! leagues, which isn’t as high as it should be. If he continues this pace, he’ll finish the season with 25 goals and 55 points. Not bad for a player on the waiver wire.

Don’t look now, but Kailer Yamamoto has five points in the last four games, including a three point game against the Devils. He’s back skating on the second line with Leon Draisaitl and has played over 19-minutes in three of the last four games. The ice time is very encouraging, but the young winger has been unable to be consistent this season. I’m not expecting much from him in the second half, but right now, he’s semi-hot, and is worth a roster spot for the upcoming week.

I don’t think the situation Laurent Brossit is in is very good, but he’s going to continue to see the bulk of the action with Robin Lehner out of the lineup. He’s 8-3-1 this season, but his GAA (2.78) and SV% (.900) leave much to be desired. Regardless, He’s playing hockey, and the Golden Knights are in an easy division. If you’re a Lehner owner desperate for a replacement, this is your best option.

I know we’ve talked about Noah Dobson before, but the kid is starting to be a real fantasy hockey steal, and he’s only 22% owned in Yahoo! leagues. He can shoot the puck, and block shots, while also racking up some points. He should be a LOCK on fantasy hockey teams in deeper formats. He’s going to have a very strong second half, and if you continue to sleep on him, you’re going to regret not claiming him while he was available.