Fantasy Baseball Daily Round Up: May 13 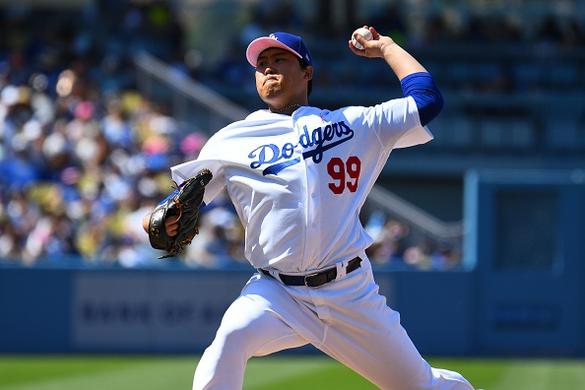 Per MLB.com, the Rays are a team that has some level of interest in Craig Kimbrel . It would be an interesting fit as the Rays bullpen currently ranks fifth in ERA and fourth in FIP. Moreover, it would be bizarre to potentially see Kimbrel being used as an opener. But then again, it’s bizarre that Kimbrel and Dallas Keuchel still don’t have jobs.

While two starters had more strikeouts yesterday than Hyun-Jin Ryu , those pitchers combined to allow seven runs. Ryu, on the other hand, didn’t allow a run and only allowed two baserunners. The first of those baserunners was a walk, and Ryu had not allowed a hit entering the eighth inning. Ryu’s pitch count was elevated, so it was possible that Dave Roberts was going to remove Ryu from a no-hitter, but Gerardo Parra doubled in the eighth to keep Roberts from having to make a tough decision.

Ryu is pitching spectacularly well with a 1.72 ERA through eight starts, but he has been on this run going back to last year. After missing more than three months last season, Ryu returned to the rotation in mid-August. He has made 17 starts since then and has a 1.80 ERA in that stretch. He is benefitting from some luck with runners on base as evidenced by an 88.2 percent strand rate, but his 2.83 xFIP lets you know any regression should be mild. Ryu has pitched 105 innings in these 17 starts, and he has struck out more than a batter per inning (107) while walking only eight.

Ryu does have Cody Bellinger to thank for getting his no-hitter into the eighth.

Hyun-jin Ryu's no-hit bid appeared to be dashed with this Stephen Strasburg single to right field. But Cody Bellinger had other ideas. 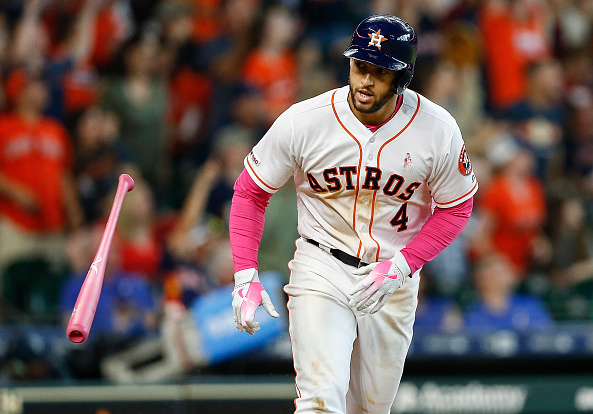 This spot rightfully belongs to George Springer who went 5-for-5 with two home runs and 11 total bases. However, Springer is rostered in every league, so we’re going to highlight a guy who could still be available in a few shallow leagues, Josh Bell . Bell went 4-for-4 with a home run, walk and five RBI yesterday. Bell now owns a whopping 170 wRC+ for the season with 10 home runs.

Bell’s strikeout rate is up a bit and his walk rate is down a bit, which might be a bit concerning, but the strikeout rate could end up coming down. Both rates have moved in the wrong direction because Bell is choosing to swing more this season. That said, the pitches he is swinging at are good ones. Bell is swinging at fewer pitches outside the zone, and his swing rate on pitches inside the zone is up almost 10 percentage points from last season. His HR/FB rate will come down some from its current 25 percent mark, but Bell is elevating more this season which should help him continue to hit for power.

While Game of Thrones has been trying to level the playing field for the better part of two seasons, it turns out that Daenerys Targaryen didn’t blow a three-dragon lead. One dragon was apparently all it took to easily raze a city despite the ease with which another dragon was defeated by the same weapon of which Drogon made quick work. Unfortunately for the Cardinals, they were not able to hold on to a three-run lead with three innings to play. Yes, this comparison is stretched extremely thin, but then again so is my patience with Game of Thrones.

St. Louis had a win expectancy of 94 percent at one point in the sixth inning with a 6-3 lead, but the game was a coin flip exactly three batters into the seventh. Bryan Reynolds led off the top of the seventh with a walk, Gregory Polanco was hit by a pitch, and Bell’s home run tied the game at six. A couple of doubles later, the Pirates took an 8-6 lead into the seventh inning stretch. They would end up tacking on two more and win 10-6. Both teams now sit 3.5 games back of the Cubs in the NL Central.

Here is the game graph courtesy of Fangraphs. 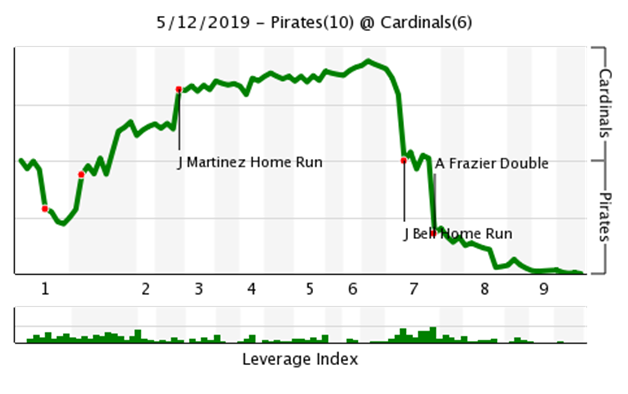 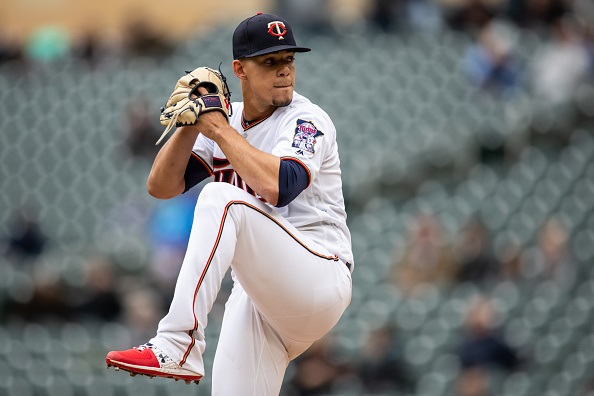 There are seven games on tap today, and the slate is light on elite starting pitchers. Matthew Boyd and José Berríos are the only starters going with an ERA under 3.00 this season, and Berrios is a regression candidate with an xFIP of 4.13. He has a tough matchup tonight against the Angels who rank fourth in wRC+ vs. RHP with the lowest strikeout rate in the league against right-handers. On the other end of the spectrum, Aaron Nola could be in line for some positive regression from his 4.57 ERA. Nola will face the Brewers who are a bit below average against righties and have the third highest strikeout rate in the league against them.