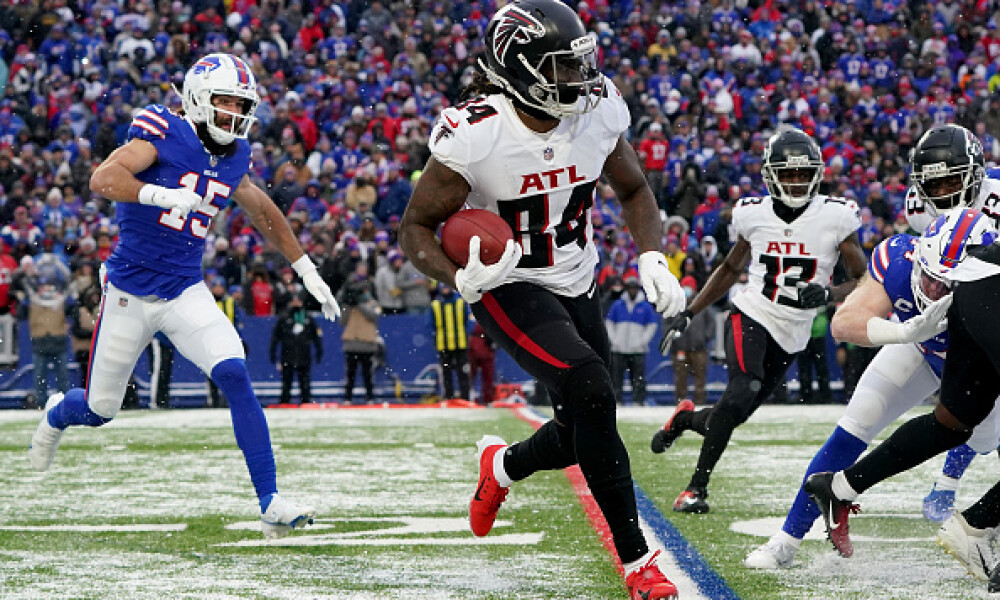 This season, it’s likely that several free agent running backs won’t re-sign with their current teams, as running backs just aren’t as valued as they have been in years past. Most of their salaries are too cost-prohibitive against the cap, and the draft class is loaded at the position this year. With that in mind, keep an eye on these five players as free agency approaches.

Cordarrelle Patterson is a tricky player to nail down because he is utilized at so many different positions. He’s labeled a running back, but he’s played receiver, special teams, and even reportedly begged head coach Arthur Smith to let him play cornerback. Atlanta is over their cap space, but since they will most likely lose Calvin Ridley in a trade or possibly even retirement, they may have to re-sign Patterson as a pass-catching option and figure out cap cuts elsewhere. If the Falcons do let him walk, the Dolphins, Seahawks, and possibly Buccaneers all need running back help and, more importantly, have cap space to bring him in.

After Jacksonville waived him following his third year, Leonard Fournette has lived in the land of one-year deals. He performed well enough in 2020 to garner a second deal, then performed even better, putting up 1,266 scrimmage yards in the 2021 season. Fellow running backs Ronald Jones and Giovanni Bernard are free agents this year, and the Bucs will most likely let them walk, leaving Fournette’s future in Tampa Bay a little more secure. If the Bucs follow the same pattern they have in years’ past, Fournette will stay on with another one-year deal, but if they decide to blow the whole thing up, Miami or even the Falcons could be a landing spot.

James Conner was one of, if not the, best free agent signings last year. He scored 18 touchdowns, had over 1,000 scrimmage yards, and was only signed to a $1.75 million deal, pure chump change in the land of NFL contracts. If the Cardinals want to keep him, they’ll have to pay him this time around, but their cap space is slightly in the red already. Assuming they don’t create enough space, Seattle, Pittsburgh, or Miami could all be landing spots for the stud running back.

While everyone expected Javonte Williams to come in and assume the workhorse role in Denver, Melvin Gordon stuck around and went toe to toe with the rookie for the entirety of the 2021 season. The two put up near-identical stat lines, and the one-two punch worked. Denver has plenty of cap space, so it’s not out of the realm of possibility for them to keep Gordon for another year or two. However, a team with more cap space and even more of a connection with Gordon is the Los Angeles Chargers. Austin Ekeler has done well as the lead back, but Gordon would provide an added punch to the Chargers’ offense. Miami and Tampa Bay are also viable options.

Arizona didn’t think their running back situation through, as Chase Edmonds is set to enter free agency this year along with James Conner. However, Edmonds’ future with the team doesn’t look as certain as Conner’s, as he missed four games due to injury and failed to put up over 600 rushing yards. If he is the odd man out, Miami is on the table (as with everyone), but a surprise team could be the Buffalo Bills. Their cap space is a concern, but Edmonds would add more of a dual-threat option to Buffalo’s backfield and be cheaper to sign than several other options in free agency.