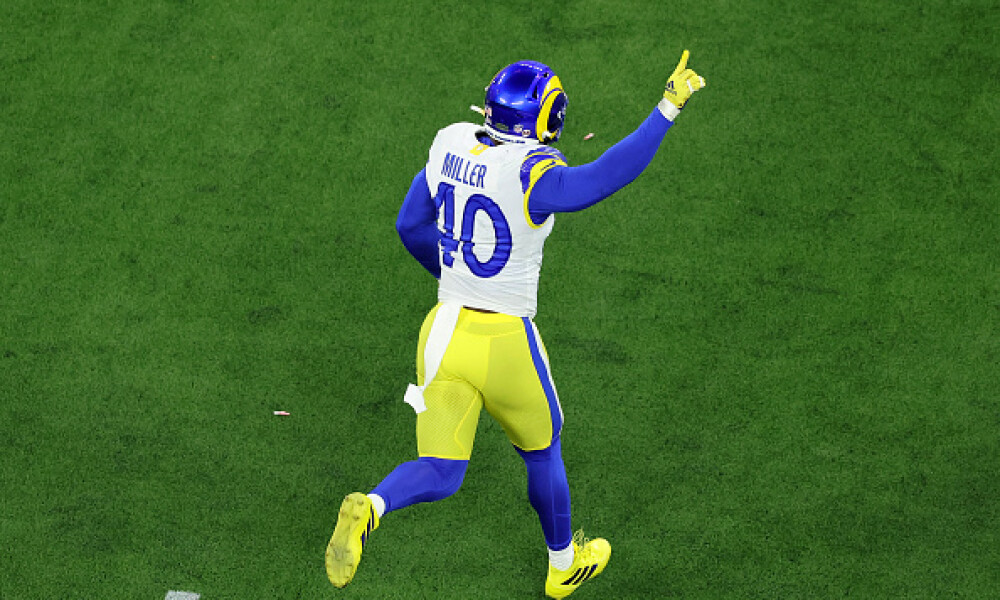 The NFL season just ended, but that doesn’t mean we’re finished talking about football. Truthfully, the NFL offseason can be one of the more exciting times in the sport, with free agency, the draft, and trades, not to mention the rumors and speculation swirling around these events. The legal tampering period for the NFL begins in under two weeks, on March 14, and the gold rush officially begins on March 16, so we don’t have much time left before free agency hits.

If the Rams truly want to “run it back” as they iterated at the Super Bowl parade, they will find a way to re-sign veteran Von Miller. When they traded for him in the middle of the 2021 season, they gave up a second and third round 2022 draft pick, and that’s not the kind of capital you give up for a half-season loan. Miller graded at 90.9 in coverage on the season, and he accumulated eight sacks from Week 10 on. The Rams do have some salary cap issues, but if Andrew Whitworth retires, that frees up a huge chunk of space, as his cap number is just under $18 million for the year. Miller should stay in Los Angeles and continue his dominant streak.

Chandler Jones had an excellent comeback season in 2021, recording 11 sacks and 15 quarterback hits on the season. He is getting older, at 32 years old, but he could still command a decent-sized short-term contract. The Cardinals have plenty of drama surrounding re-signing Kyler Murray, and that could eat up what little salary cap space they have left. Jones would be an excellent addition to a team like the Steelers, who need a strong defensive presence to support Mason Rudolph and the other offensive cast. T.J. Watt can’t do it all himself, and that tandem would be terrifying for opposing offenses. The Ravens or Seahawks also make sense, as neither team has had much in the way of a pass rush over the past few seasons.

It’s no coincidence that after Melvin Ingram got traded from Pittsburgh to the Chiefs, Kansas City’s record got markedly better, winning eight of their last nine games after losing four of their first eight. Although he only had four sacks with the Chiefs in 2021, he had five quarterback hits and 24 quarterback hurries, forcing opposing quarterbacks into bad situations and giving other defensive players like Chris Jones a chance to get to them. Ingram is another free agent who is getting older, as he’ll be 33 when the season starts, but he should still be able to sign another decent one or two-year deal. The Chiefs have several pieces they’re looking to get deals done with, but if Ingram isn’t one of them, the Eagles and Colts could be looking for help on their perimeter.

The Miami Dolphins defense was a key waiver wire pick up in many fantasy leagues last year, and Emmanuel Ogbah was a big reason why. Over the course of the season, he accounted for 11 sacks, 13 quarterback hits, and a whopping 37 quarterback hurries. Miami has the most cap space in the league for 2021, so it would be hard to imagine them letting him go when they just got a new coach and are on the verge of turning things around. He’s only 28 years old and has developed into one of the premier pass rushers in the league. Still, nothing is set in stone, so if the Dolphins do let him go, look for the Jets to have their eyes on him.

Randy Gregory has had his share of off-the-field issues and suspensions, but it looks like all of that is finally under control. In 2021, despite only playing 12 games, he had the best season of his career, tallying six sacks, 14 quarterback hits, and three forced fumbles. Gregory is a great player, but with the Cowboys’ cap space issues, it’s uncertain whether they’ll pay to retain him along with Demarcus Lawrence while also trying to sign key offensive players to their team. If Dallas isn’t able to lock him up, Lawrence could draw interest from the Seahawks, Jaguars, and Broncos.

Check out the rest of our Top 5 Free Agent series with breakdowns of each position on both offense and defense!