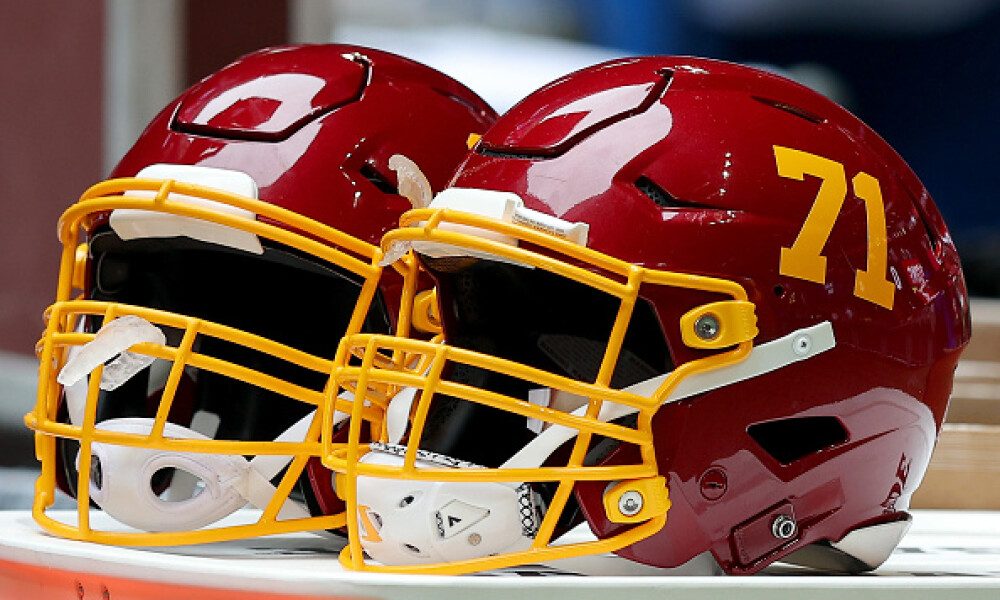 The news surrounding this team has been focused on one item - the quest to find a franchise quarterback. And rightfully so as it’s far and away the most important position. Unfortunately it’s very rarely something that you can just go out and buy in free agency so they either need to be drafted and traded for at a king’s ransom (see two first-round picks for Super Bowl champion Matthew Stafford).

Since plenty of that is going on, we’re not going to speculate much on potential quarterbacks.  What we’re going to do here is look at all of the possible ways the Commanders can move contracts or players around to create cap space, what free agents they may want to bring back, and what to target in free agency and the draft. The good news for Washington is they currently have the ninth-most cap space so they don’t need to go crazy mortgaging the future if they don’t want to.

The most common way to generate money via restructure is to convert base salary to a signing bonus which can then be spread out over the remaining years of the contract. You can also potentially incorporate an extension to spread that money out further. How favorable that is for both the team and player comes down to the long-term outlook for the player. In certain circumstances, you may even have the leverage to ask a player to take less money.

William Jackson III -  This one isn’t actually a “no-brainer” because Jackson wasn’t amazing last year.  In fact, Kendall Fuller graded out far better per Pro Football Focus as the third-best corner. Right now Jackson has outs in his contract where he could be traded or released in subsequent years and restructuring his contract takes some of that flexibility away and locks him in for the long term. They could generate $6.9 million by doing it though.

Kendal Fuller - As we mentioned above, Fuller played great so there’s likely no hesitation about keeping him around long-term. You could save almost $3.5 million in 2022 by restructuring his deal to spread the money out to future years.

Curtis Samuel - Considering he hardly even played, this one is a bit of a wild card. He’s familiar with Ron Rivera’s system obviously but is he going to be healthy for the long haul? They could save $6.8 million with a restructure but it would be a risky maneuver. Sometimes you can convince guys to take less money but that’s not easy when the lack of production was due to injury.

Ereck Flowers - Flowers is in the last year of his deal so the classic restructure is off the table.  You could, however, use an extension to pay him similar money, add years, and convert some of his nearly $10 million salary into a signing bonus (which would then be spread over subsequent years). That could save upwards of $7 million.

Kelvin Harmon/Antonio Gandy-Golden - I know this is a long shot but there really aren’t a lot of outgoing trade candidates for the Commanders given their current cap and situation. They are a team that is more likely to trade their picks away to acquire players. Harmon and AGG are both signed to futures contracts meaning they are under team control for now but, if any team wanted to give up a day-three pick to give them a change of scenery, I’d take it.

Deshazor Everett - By now most folks have heard that Everett is being charged with involuntary manslaughter in the crash that killed his girlfriend. That’s not necessarily a reason to cut him in itself but he could be cut to save $2 million with only $250K in dead cap. The charges might actually make it a more tricky PR situation than it would have been otherwise if he was simply a cap casualty. Depending on the extent of his injuries, he could be placed on the Non-Football Injury list in which they would not have to pay for missed games and that money could be applied to the 2023 salary cap.

Landon Collins - Collins falls into the category of a player that you likely approach to take a pay cut. Since he hasn’t been a full-time player as he was paid to be, you don’t want to restructure his deal in the fashion above simply to move money to the future and keep him around long term. More likely, you figure out what his market rate might be if he were cut and then work out a deal to keep him here on a more reasonable contract. Otherwise, you cut him.

Matt Ioannidis - There have been some rumors floating around that Ioannidis could be cut for cap room as he could be released to save $6.9 million with only $1.5 million in dead cap. He’s in the last year of his contract.

Brandon Scherff - This is the big one, both literally and metaphorically. He’s been franchise tagged twice in a row which isn’t a move that curries favor with players and the GM Martin Mayhew’s comments about “making every effort” to re-sign Brandon Scherff last year don’t make it seem particularly promising that the two sides will come to a deal before he hits the free-agent market. Keeping the guard in D.C. should be their top priority, obviously.

Ryan Fitzpatrick - It was a shame that Fitzpatrick really didn’t even get the play for the Commanders last season because he and Terry McLaurin would have been entertaining at the very least. It seems unlikely they go back to Fitzpatrick but, if they completely whiff on bringing a QB in, it’s not outside the realm of possibility. At his age, it would obviously just be a bandaid.

Tim Settle - Settle is the rare pass-rushing interior lineman which makes him more of a rotational piece than an every-down player. He’s also a remnant from the previous 3-4 defense they ran when he was drafted and perhaps not the best fit for the current 4-3 (which is really more of a 4-2-5 with how much nickel they play).

J.D. McKissic - A converted college wide receiver, McKissic has proven to be a valuable player in the pass game, primarily for his pass blocking prowess which has been a bit of an Achilles heel for Antonio Gibson. If Gibson is ready for the full role though, you can likely find a cheaper backup than McKissic who deserves playing time somewhere.

Quarterback - This one really doesn’t need a whole lot of explaining. Ryan Fitzpatrick hardly even played (and he’s almost 40) and Taylor Heinicke was a below-average quarterback. They have reportedly called every team this offseason looking for a new quarterback. A number of quarterbacks have been tied to trade rumors like Jimmy Garoppolo, Deshaun Watson, Russell Wilson, Kirk Cousins, Baker Mayfield, Gardner Minshew, etc. This is supposedly a weak draft class for the position so perhaps they should keep those lines open.

Wide Receiver - There are a lot of wide receiver needy teams out there but luckily there are also a lot of wide receivers set to become free agents. The Commanders have a stud in Terry McLaurin and they will hopefully have a solid slot/flanker in Curtis Samuel. The ideal configuration for this group would be McLaurin at flanker and Samuel at slot with a big split end opposite Mclaurin (which was what Antonio Gandy-Golden was supposed to be). There will be a few expensive options in free agency like Davante Adams, Allen Robinson, Mike Williams, and if the rumors are true, Amari Cooper.  Cheaper options include DJ Chark, Marquez Valdes-Scantling, Sammy Watkins, or AJ Green. If they wanted to attack the position in the draft, London Drake is 6’5” but would likely need to be picked at 11 as he is unlikely to be there in the second round. Other guys that fit the bill are George Pickens, Justyn Ross, and Christian Watson.

Guard - This late in the game, it’s not looking great for bringing back Brandon Scherff. Backup Jamil Douglas is also a free agent and probably not the solution to losing your best lineman.  You don’t really just go out and get another Brandon Scherff but guys like Laken Tomlinson or Connor Williams are probably the next best thing. Otherwise, it’s the draft.