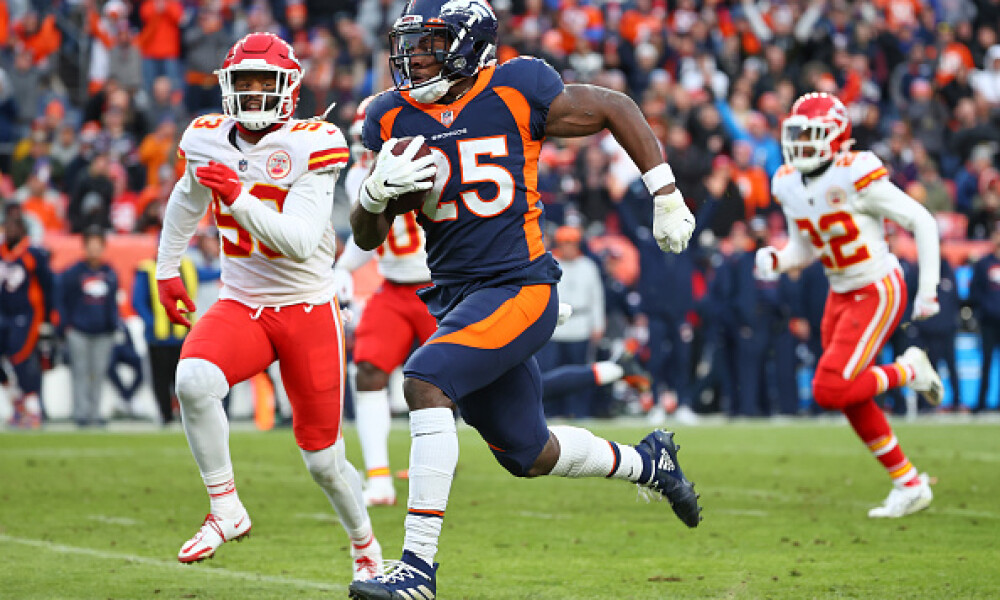 We knew this could happen. Javonte Williams fans dreaded it. Melvin Gordon fans dreaded it. Denver Broncos fans that don’t care about fantasy football were cool with it. But that doesn’t matter now because it’s done. Melvin Gordon has re-signed with the Denver Broncos on a one-year deal. While the dynasty community is freaking out and altering their rankings (which they will then have to alter again after the 2022 NFL Draft tomorrow), let’s take a look at what this actually means.

There are two sides to this coin really. One is that the Broncos only had three RBs under contract prior to this in Javonte Williams, Mike Boone, and Damarea Crockett so they needed another anyway. So some might look at this situation and the caliber of pass-catching backs available in the draft and say that the devil you know is better than the one you don’t. One year of an aging Melvin Gordon is better than drafting a pass-catching back that splits the backfield for the next four years. Others might look at the return of Melvin and say the sky is falling because their “three down” RB is now splitting carries. All we can do is factor in the usage from last year and try to predict this year.

Melvin missed week 13 so we’re going to exclude that week from the numbers and only look at the 16 weeks both players played. Here’s how it shakes out.

Here is a look at the red zone rushing.

Once again this skewed Melvin as the starter but, inside the five yard line when it was time to punch it in, the work was distributed a little more evenly. Let’s look at passing.

It seems Javonte got more work here but Melvin was slightly more efficient. At first glance my thought was that perhaps Javonte got more pass work because Melvin was in on early downs then Javonte came in on pass plays but that didn’t seem to be the case. Not only did they both have a similar number of touches on first down but, in the games both players played, Melvin played 296 pass plays and Javonte played 294. I even pulled up the pass blocking info per Pro Football Focus - 41 pass-block snaps for Melvin and 44 for Javonte. Javonte had a slightly better pass-blocking grade.

The reality of how these two players were used last year is that the workload was split fairly evenly down the middle. And the new offensive coordinator, Nathaniel Hackett, comes over from a team that has a history of dividing up the work to a certain degree, whether that was been Aaron Jones and Jamaal Williams or between Aaron Jones and AJ Dillon.

Conventional wisdom would lead us to believe that the young Javonte Williams would now be the starter and Melvin Gordon would be the second back. But, if they split the work between the “starter” and the second back the way they did last year, that split isn’t a noticeable difference. And, if they play towards the player’s strengths with Javonte on running downs and Melvin on pass downs, that might not skew toward Javonte’s favor as much as folks think - especially in PPR formats.

At the end of the day, what’s going to matter most is the average draft position once everyone adjusts to the news. Currently, Javonte Williams is going off the board at RB7 on Underdog and Melvin at RB38. If at the end of the day, Melvin’s ADP rises and Javonte’s falls and the two ADPs are fairly similar, the young Javonte Williams is probably the guy you want. However, if this current disparity in ADP is not corrected and Melvin Gordon continues to go rounds and rounds later, it might be wise to bet on this once again being a split backfield.