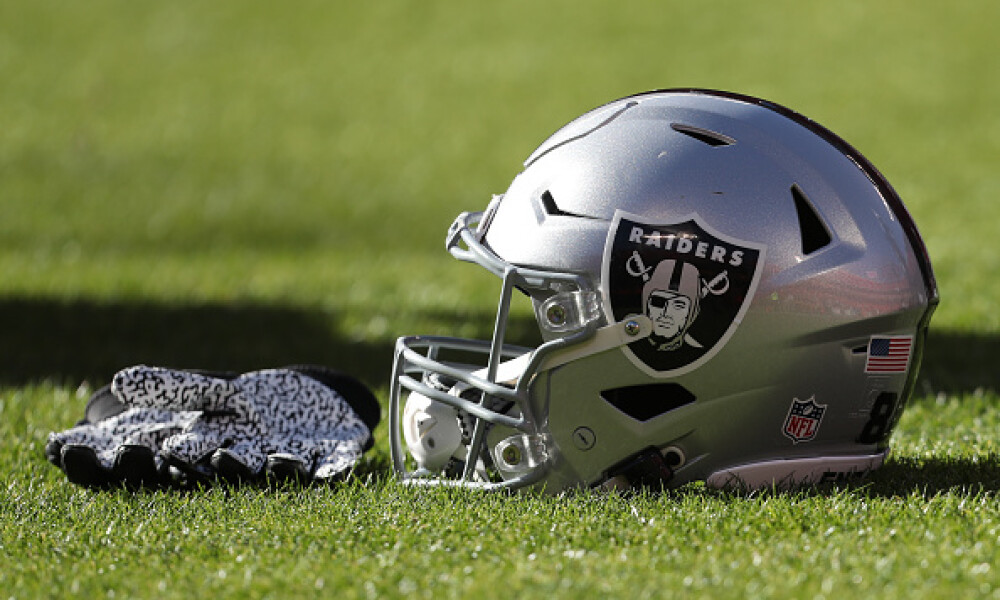 With this article, we are going to explore all potential options for the Las Vegas Raiders – some of which will be more realistic than others.

Between the Jon Gruden situation and then Henry Ruggs, the Raiders have been on the wrong end of some bad luck as of late.  Right now they sit pretty squarely towards the middle of the pack in terms of Super Bowl 2023 odds, but the future looks bright with Josh McDaniels and some of the Patriots coaching staff coming to town to work on a turnaround.

Here we’ll look at all the ways the Raiders can free up cap space if they choose to do so, which free agents they might want to bring back, and what positions of need they’ll have to address this offseason.

First thing's first.  You can’t restructure Derek Carr because he’s in the last year of his deal, but you can free up some cap space based on the way you structure his extension.  The messages on Derek Carr’s future have been mixed as some are reporting that Josh McDaniels is committed to Carr moving forward, while others are reporting that Carr might be on the trade block.  If they do work out an extension, they can free up as much as $15 million for 2022 if they lean into a signing bonus rather than a base salary for this season.

Kolton Miller is established at left tackle and those are typically the guys you look at for these restructures – players that you plan to have around for the long haul and don’t mind having dead cap on the books in future years.  Miller could free up as much as $11.8 million via a restructure if they decided they needed the cash.

The Raiders restructured Yannick Ngakoue’s contract last year, which saved them $8 million.  If they chose to do so, they could once again do something similar and save up to $9 million or so.  That money could help in his recruitment of former teammate Calais Campbell.

Another player that was restructured last season and there is just over $5 million worth of space they could generate in his deal.

Maxx Crosby is in the last year of his deal, so technically you can’t “restructure." However, the odd thing about extensions sometimes is that you can set them up in a way to pay the player more money but have a small cap hit in the current year.  If they set the deal up with a big signing bonus and low base salary for 2022, they could free up $5.5 million in cap space via the extension.  Plus, they need to get him extended because he is a game-changer.

We already mentioned the Derek Carr trade rumors above.  This might not even be a situation where they move on from Carr because they don’t like him, but rather the demand is so high from teams who think they are “just a QB away."  The Washington Commanders, for instance, reportedly called every single team to ask about their QB – including teams like the Chiefs and Bills.  The Colts are another team that has been mentioned.  If a team wants to pay a king’s ransom for any of your players, you have to at least listen.  Everyone has a price tag.

This is a bit of a nightmare situation.  They restructured Cory Littleton last year in the fashion we mentioned above, which basically made his 2022 salary all dead cap.  Then he proceeded to play so poorly that he was only really used on special teams.  If they cut Littleton with a post-June 1 designation, they can save $11,750,00 but have a hit of $14,004,000 to spread out over the next two years.  At least $4 million of that would count towards this year.  But it’s better than paying him all that money to play special teams.

Kwiatkoski has void years built into his deal to spread out his cap hit, so this is the last year of his contract in reality. He doesn’t have much leverage and the team can threaten to cut him if he doesn’t agree to take less money to stick around.  Or they can cut him where they would save $7 million with a $5 million cap hit that can be spread out over the next two years ($1.25 million applied to the 2022 cap for a net of $5.75 mil for this season).

There aren’t many cuts the Raiders could make to free up over $1 million (and they’ve already likely made the cuts they plan to make before free agency starts).  Amik Robertson hasn’t lived up to expectations, so he could be cut for his roster spot mainly.  They would save $895,000 with only $123K in dead cap.

Casey Hayward was rock solid for the Raiders this season, but Josh McDaniels comes from New England and a man-to-man cover philosophy – whereas Hayward is better suited to playing zone.  We’ll get a little more into that below in the “Offseason Needs” section, but it doesn’t look like Hayward is going to be back in 2022 as of now.

There are simply too many quarterback-needy teams out there to pay Marcus Mariota to be a backup.  If there is any truth behind the Derek Carr trade rumors, that would be a different story.

After sputtering out with the Buffalo Bills, Zay Jones saw a mini-resurgence this year in Las Vegas.  The thing about Jones is that he’s best suited for short or intermediate routes, rather than being an outside threat – and the Raiders already have Hunter Renfrow for that.  What they really need is either a big split-end or someone who can push the field vertically (or both).

At this point, K.J. Wright is most likely just a two-down linebacker as he’s not quite quick enough in coverage.  Since the new regime seems to be re-vamping things, it’s unlikely they bring him back.

We alluded to this one above.  Josh McDaniels comes from a man-heavy scheme in New England and new defensive coordinator Patrick Graham comes over from the Giants, where they would often use James Bradberry in shadow coverage.  Not only are there rumors that Bradberry could be available via trade, but a couple of former Patriots in JC Jackson and Stephon Gilmore could also be available.  There are some options out there for what they like to do.

Right tackle is the obvious opening, but we were hesitant to just say “right tackle” as there is the possibility that Alex Leatherwood could move over to that position.  In that case, you’d not only need a right guard but they could honestly use an upgrade at left guard with John Simpson.  There have been rumblings about the top guard in free agency, Brandon Scherff, but the Raiders could also potentially attack the line in the draft.  Much like Alijah Vera-Tucker the previous year, Kenyon Green is a prospect who has played multiple positions on the line and could be available at pick No. 22.  The Raiders could just take the best lineman available and sort out who plays tackle or guard in camp.

They have a few positions of need and, if they actually were going to trade Derek Carr, the third would be pivot to something like interior defensive line.  But assuming they are going to keep pushing forward with the current signal-caller, getting him weapons should be a priority.  You have Hunter Renfrow in the slot, as of now, but you could use both a split-end and a flanker.  If you can only get one, Bryan Edwards with his size is much more geared towards split-end. That gives you the flexibility to go out and either sign or draft the best possible route-runner to play flanker.  There are a number of talented guys set to hit the market like Chris Godwin, Allen Robinson, Michael Gallup, or Will Fuller. At pick No. 22 in the NFL Draft, you could see someone like Chris Olave, Treylon Burks, or combine stud Skyy Moore go to the Raiders.