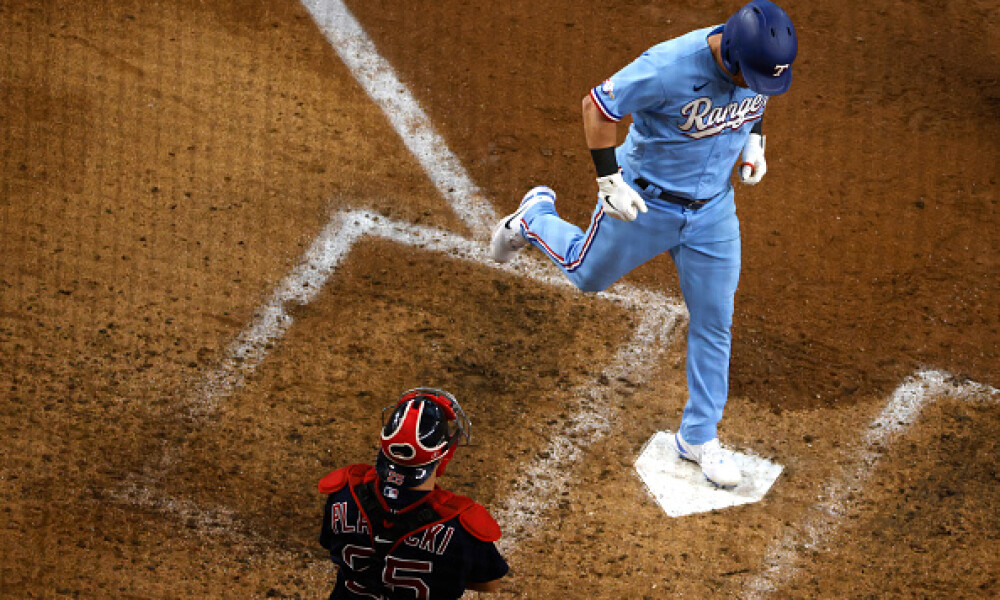 When I’m going through the process of picking out a player each week I like to take a look to see which outfields are playing the best right now, and I was certainly surprised to see Kole Calhoun’s name at the top of the list for highest slugging percentage. “When did Calhoun start hitting for power again?”, I thought to myself. So I thought let’s go on this little adventure together and try to collectively understand if we should be going out and making FAAB bids on Calhoun this week, as he is rostered in just ten percent of Yahoo leagues, which means he should be available in almost everyone’s leagues.

Let’s start things here by trying to understand if what he is doing is sustainable or is this more of a flash in the pan for Calhoun. We haven’t seen any significant change in his batting average(it’s eight points higher than it was last year), his OBP(two points lower than last year, and he is walking three percent less), and his BABIP is one point different than last year, but his slugging is up 64 points, which is no small feat. What has changed you ask? Well the most obvious thing is that he is hitting the ball harder than he had in the past. His barrel rate is up eight percent, his hard hit percentage is up nine percent, and his average exit velocity is also up nearly three percent. All of those items paint a clear picture of how a batter will hit for extra base hits more often, and there are few stats that produce as much value in the fantasy world as an increased slugging percentage. While his home run to fly ball rate is up significantly from what it was last season(9.6 to 17.2) he is still quite a ways off from his career best of 28.6 that he has just a couple of seasons ago, so there could be more room in the tank for him to get back up to being a player that could hit close to 30 home runs again, and certainly be fantasy relevant yet again. We shouldn’t lose sight of the fact that he is 34, and likely past his prime years, which makes it a little harder to buy in that he will hit close to his ceiling again, but he certainly wouldn’t be the first batter to hit their stride closer to their mid thirties.

All of this is to say that right now Calhoun is hitting, he has the highest slugging percentage of any outfielder over the last two weeks, which means if you need help in your outfield you should definitely put in a claim or put down some of your FAAB to get him on your roster, I know I will be. Is he going to hit like this all year though? Well that is something that is yet to be determined, it is encouraging that he is hitting the ball as hard as he ever has in his career, but we are looking at just a 35 game sample so far, and as we see so often in baseball, for every hot start there is often a cold month that goes with it. The nice thing in this case is that he is going to cost you almost nothing, as few players are likely to be seeking him out with high FAAB bids or potentially at all, so if he is on your roster for a week, two weeks, or even a month and he is performing that you got a solid return. If he is on your roster for a week and goes cold, well you’re not going to be out too much in that situation either.