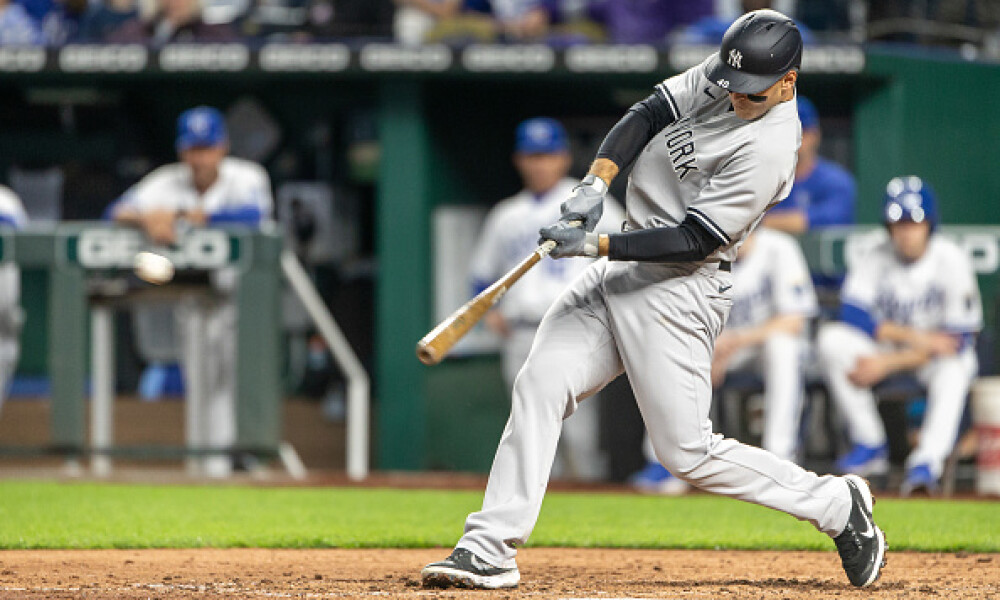 Even the New York Yankees had their focus on potentially signing Freddie Freeman or trading for Matt Olson but ultimately, neither transaction involved the Yankees and they were left to reunite with Rizzo. By no means am I looking to minimize Rizzo and his very strong career to this point or the role he played in leading the Cubs to World Series victory, but he didn’t receive much attention in the free-agent market outside of the option to return to New York.

That move was left with a lot of criticism for the Yankees, and a general agnostic attitude surrounding Rizzo followed him through the draft season. Rizzo was not a player I consciously targeted, but he was someone that found his way onto a few of my rosters based on the draft day cost, or lack thereof. With the calendar turning to May, things couldn’t be looking any better for those Rizzo shares, but enough about the past

Fantasy Baseball Expectations for Rizzo in 2022?

What can we expect from Rizzo over the next five months? From a value perspective, Rizzo is likely at his peak, but based on the draft capital spent to acquire him, it is still an advantageous situation to be in. For those looking to trade for Rizzo, it’s essentially a full-price purchase, but on the other side, should you be looking to sell the Yankees’ first baseman?

Success is nothing new for Rizzo, and for obvious reasons, I want to avoid putting much weight on the 2020 season in which he hit .222 with 11 home runs and 24 RBI in 58 games. If we are really feeling generous, we can take the same approach to last season and Rizzo was traded halfway through the year and finished with a .248 batting average and 22 home runs while driving in 61 runs in 141 games. This was a decent drop from what we saw out of the first baseman in 2019 (.297/27/94) and it was only fair to question whether we would see that level of performance from Rizzo once again.

If we are going to base our answer strictly on the first 22 games of this season (action through Sunday), the answer is very clearly in the affirmative. Rizzo is already up to nine home runs, 22 RBI, 15 runs scored, and he even has stolen two bases while hitting .269. It is quite an ambitious pace, so let’s take a look at what we can reasonably expect for the remainder of the season.

Based on Rizzo’s .218 BABIP and .288 xBA, there is still some room for improvement in the batting average department, but even if he sustains this level, it’s hard to argue with what we are seeing from the career .268 hitter. Once again, Rizzo has a walk rate in the double-digits (11.7%) and that part of his game is as secure as any with Rizzo and his .394 OBP being a true asset.

After seeing Rizzo eclipse the 100 RBI mark for four straight seasons (2015-2018) and come close in 2019 with 94 RBI, seeing him back as a run producer isn’t surprising in the least. Rizzo has batted third in 16 of his 22 games this season with just three plate appearances coming lower than that, so he is in prime position for both runs and RBI in what is shaping up to be a strong Yankees’ lineup. Nothing about that, nor Rizzo’s ability to get on base, is in jeopardy of changing so that is three categories in which we can feel comfortable with what we are seeing to this point.

And that brings us to power.

And power it is as Rizzo’s .397 ISO far surpasses anything we have seen to this point. While he is at it, Rizzo’s 15.6%-barrel rate this season is close to double his next highest effort (8.8% in 2016) while posting a career high exit velocity of 91.2 miles per hour and hard-hit rate of 46.9%. The additional power is certainly working in Rizzo’s favor but his approach hasn’t changed all that much as his 16.2-degree launch angle is perfectly in line with his career mark of 15.4. From an approach perspective though, Rizzo is hitting more fly balls (49.2%) and less ground balls (31.7%) than his career norms by about 10 percentage points on each side.

While the increased power output is helping turn more fly balls into home runs (29 % HR/FB rate) this might be a case of it being too good to be true. No matter what the math says, I can’t see Rizzo as a 50-home run hitter this season when his previous career high is 32. But if you are looking for the fifth 30/100 season of his career, I think you are in luck.