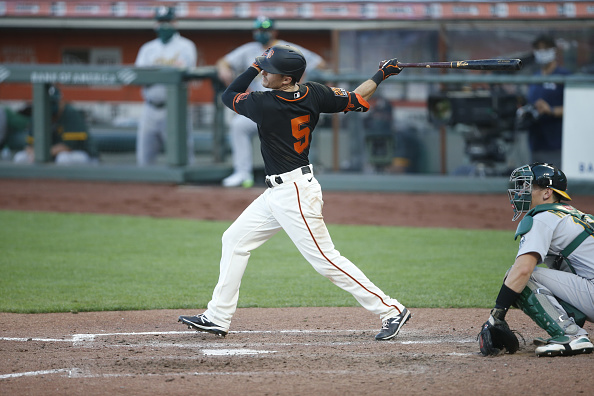 One of the key conversations going on this spring has been what numbers can drafters trust from the curtailed 2020 season? What slumps are more than a bad few weeks? Which breakouts are real progression and not just a hot streak? We won’t know the answers until the games play out. The Fly Index metric that Brian Creagh and I have explored in past seasons may help us make better guesses at the reliable power from 2020.

To recap Fly Index for those unfamiliar, it is the distance of the 85% batted ball event for a hitter. Brian found that there’s a correlation to home runs and that fly ball distance point. It makes sense. If a hitter is hitting fly balls often and far, they’re more likely to have increased home runs. You can have a look for yourself on Brian’s Tableau page but I wanted to point out some hitters I’d trust, doubt, and look to for a rebound.

Those are just a few names that stood out to us. The chart below can be broken into quadrants. Top right is hitters that performed well and had a good Fly Index. Top left is a strong Fly Index but weaker HR%, meaning some degree of bad luck. Below and right of the line are home run rates that could be hard to maintain. 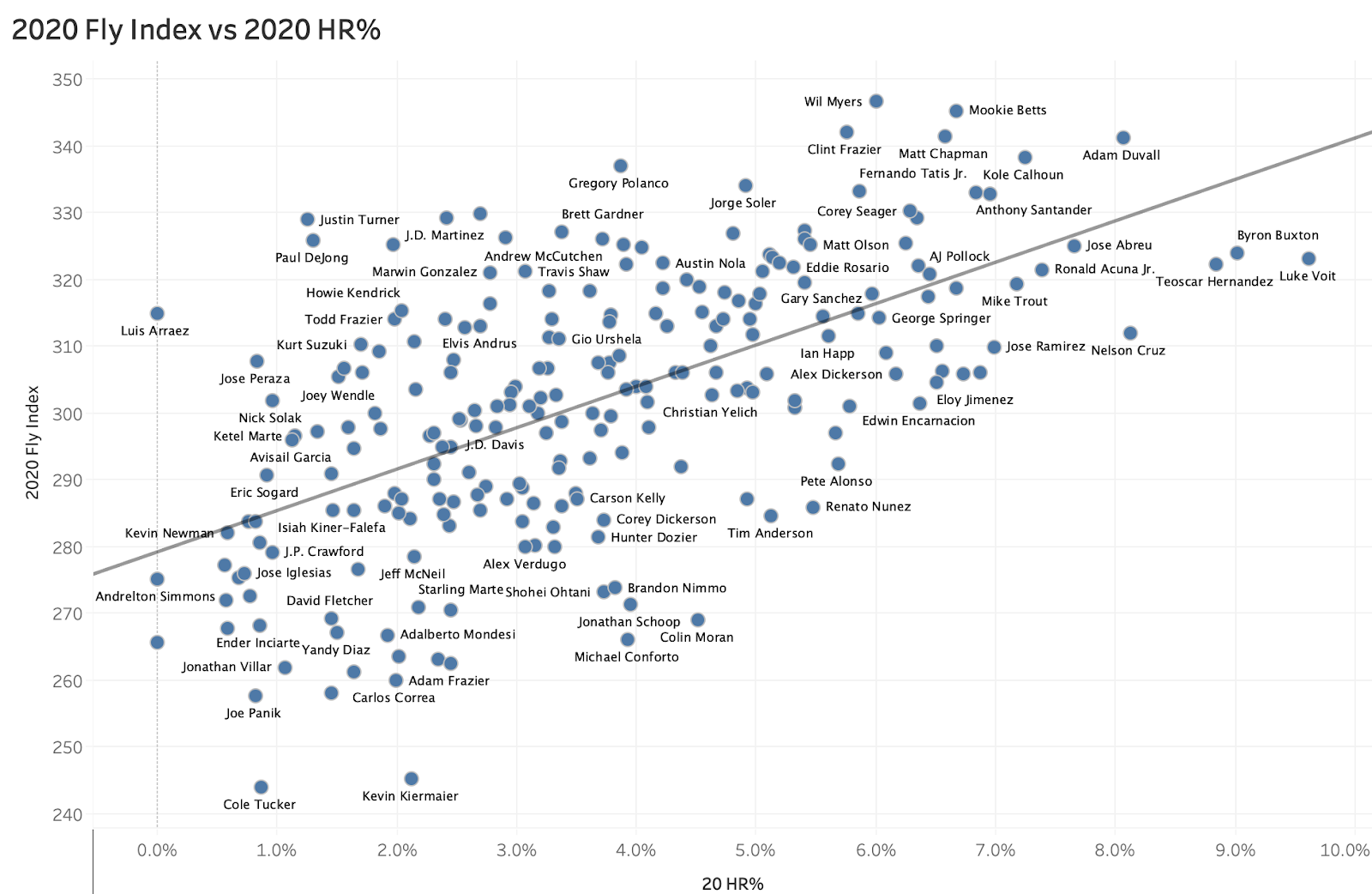