Fantasy Baseball Interleague Impact: May 3 - May 9 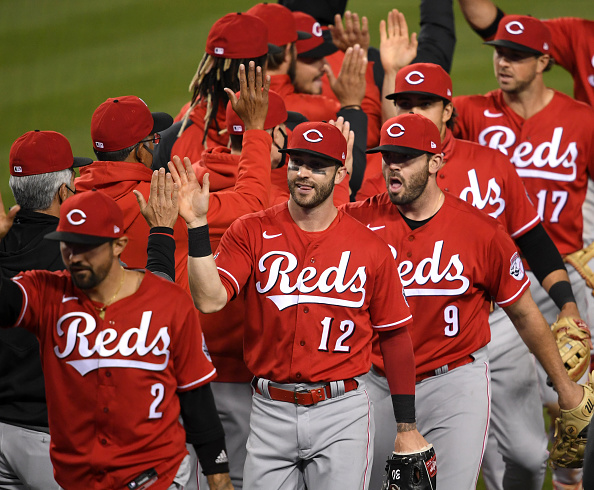 This week, we are treated to quite a few interleague matchups, including three National League teams gaining a designated hitter spot in its lineup. On the other hand, one of the breakout stars of fantasy baseball this year might be relegated to pinch-hitting duties as his team is forced to have the pitcher hit for a couple of games. Continue reading to see who gets a nice boost in fantasy value for the week, as well as those players that are not. Without further ado...

It’s going to be tough, but Yermín Mercedes will likely be relegated to pinch-hitting duties for this two-game series with the Reds. Mercedes has been white hot at the plate, but he’s logged just one start this year somewhere other than as the team’s designated hitter (1B on 4/20). José Abreu isn’t coming out of the lineup, so Mercedes owners (Yermin, not the car), should be cognizant of less than a full week for the 2021 breakout hitter.

The Reds haven’t played in an American League park but with the wealth of hitters they have, many should benefit. Jonathan India should be able to return, so he’ll likely return to his second base gig. Nick Senzel could always slide there in a pinch, but the most likely outcome here is that one of the outfielders slides into DH duties. The three outfield spots, as well as the DH will be some combination of Jesse Winker , Nicholas Castellanos, Nick Senzel and Tyler Naquin . If the team wants to prioritize defense, Eugenio Suárez could move to DH, which would hurt likely Naquin the most.

The Dodgers have already played five games in American League parks this year. Justin Turner has served as the DH twice, and Max Muncy , Austin Barnes and Will Smith have each handled DH duties once. Sheldon Neuse has been getting time against lefties, but it doesn’t look like the Angels will be starting a southpaw, so we likely won’t see him. Turner could DH and Edwin Ríos could get some time at third, but Rios has been abysmal to start this year. Don’t be surprised to see the Dodgers use Luke Raley, AJ Pollock or one of the catchers (Barnes, Smith) in the DH spot this weekend.

Barring weather, Nats avoid Gerrit Cole , which makes every Washington hitter a winner for this three-game set. Two games in Toronto saw Josh Bell serve as the team’s designated hitter in each contest. That will likely be the case for the whole weekend as well. The other option that could take place is if Juan Soto is able to return from his injury, Bell and Ryan Zimmerman could split first base duties, and Yadiel Hernandez could DH. With that in mind, they could take it easy on Soto and let him just hit over the weekend, which would be great for Hernandez.