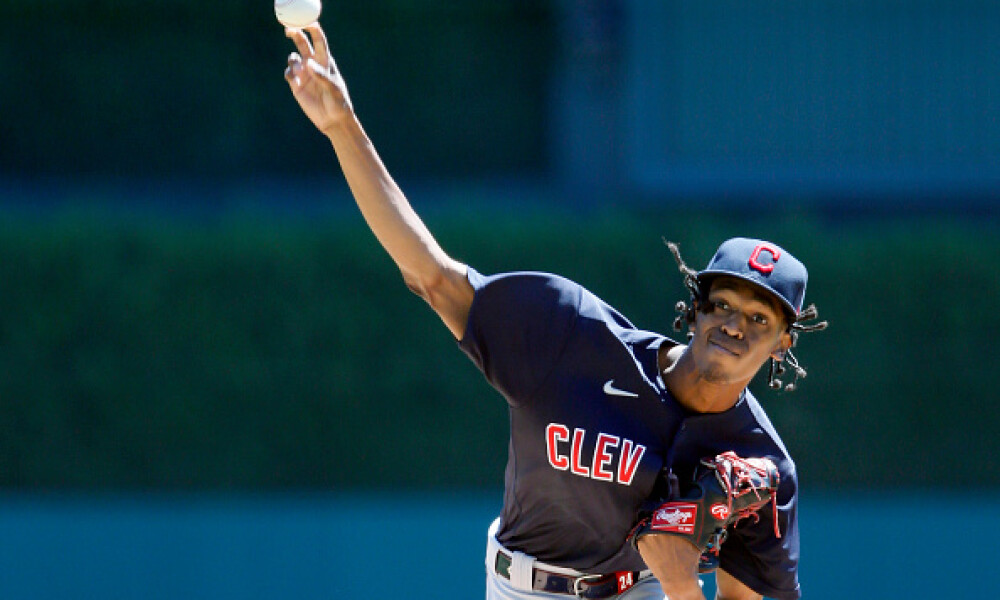 You should have a decent idea of the tap pitching options you can select in the early rounds in your drafts, especially if you are a dedicated reader of this site (I would suggest you pick up an ace in your first two rounds, just a suggestion, and perhaps two “aces” in the first seven or eight rounds). Plus, you probably have a good idea about the second, third and even fourth arms that will fill out your fantasy squad’s rotation(s). What happens when you still have a slot or three to fill late in the draft process, the SP5/6 that can push your team into contention for the league title? The next few weeks, we will look to those starting pitchers that fit that bill.

Note: The ADP (Average Draft Position) next to each SP below is derived from the overall averages contained in this year’s Draft Guide (get it here). Depending upon the level of knowledge possessed by your league participants, however, YMMV (your mileage may vary), and you may be able to get any one of these hurlers at greater value than on average.

Second Note: Projections are based on while not best-case scenarios, better than 50% prognostications (closer to 80%). In other words, not the ceiling but far from the floor. Also, with the season length truly up in the air as of the writing of this article, take ALL these numbers with a huge grain of salt. They are, at this juncture, merely a supposition based on expectations that may not come to fruition.

The Cleveland righthander, Triston McKenzie, took a step back from a bright-seeming start in 2020, retaining his high K rate but handing out dingers at an alarming rate (1.6 HR/9) and also an inflated frequency of free passes being handed out (4.4 BB/9). The lanky 24-year-old does not project out as a workhorse pitcher, which will limit his counting stat production, but the K rate will be of use to his owners. Chalk up the less than stellar ratio projections as the basis for his depressed value in drafts to date.

Another Guardian arm to consider, who is being drafted about a round after his teammate McKenzie, is  Cal Quantrill, the converted reliever now entering his fourth MLB season. His success as a starter last season was bolstered by a likely unsustainable .267 BABIP and 80% LOB percentage. On the other side of the ledger, he does feature a slider and change up that generate plenty of swings and misses. There is a possibility that the Cleveland coaching staff can continue to work magic on their rotation and Quantrill's owners could be compensated with some increased K production going into 2022. If you cannot corral McKenzie late in the draft process, consider Quantrill as a consolation prize.

2021 overall stat-wise was not a total disaster for the 32-year-old righty, but that was due to the middle portion of Kyle Hendricks' season, which was bookended by a pair of disastrous stints toeing the rubber. In his middle 18 starts, he rewarded his owners with a stellar 2.89 ERA and 1.20 WHIP, nice ratios to rely on. To end up with a final ERA of 4.77 and 1.35 WHIP demonstrates how much he struggled in the opening five starts and closing nine trips to the hill. He has never been a strikeout producer, and it was his reliable performance in the other areas of the stat line that made him desirable. Given his prior track record, gambling on him to rebound significantly while selecting him at the back of your draft is a moderate risk that could yield great results.

Alex Cobb moves from a team that did him no favors on the defensive side of play, moving instead to a team that helped a number of pitchers put up superb stat lines.  The Giants will look to slot him into the middle of their strong rotation, and he would fit well into a fantasy rotation’s SP3 or SP4 role, with his projected sub-4.00 ERA. Snagging a SP that can offer a slightly better than average K rate and ERA potential in the late rounds would be a fine pickup in your drafts.

Sixto Sánchez, the 23-year-old hurler heading into his second season for the Marlins, has encountered a huge issue in that he has not been able to work with the team’s training staff during the recent lockout. The rumor that he was not fully participating in the prescribed rehab program prior to that will also serve to depress his draft value. The projections below may be a bit rosy in terms of innings he might offer if you were to select him as one of your final roster pieces. If you can place him on reserve and find another arm or series of SPs to fill in until he returns to action, you could be rewarded with some stellar production if he comes back from his shoulder injury woes. The young Marlin is a true late-round wager heading into the 2022 draft season.

While we await the start of the 2022 season now that the lockout has ended presumably, these articles discussing the Starting Pitching ranks will continue on a weekly basis. Once things get back to “normal” and the season starts up for real, please return for the weekly Two-Start Pitcher analysis.

As ever, good luck and Godspeed in all your fantasy efforts. You can contact this writer with your questions regarding starting pitching or other fantasy baseball issues at ia@fantasyalarm.com.