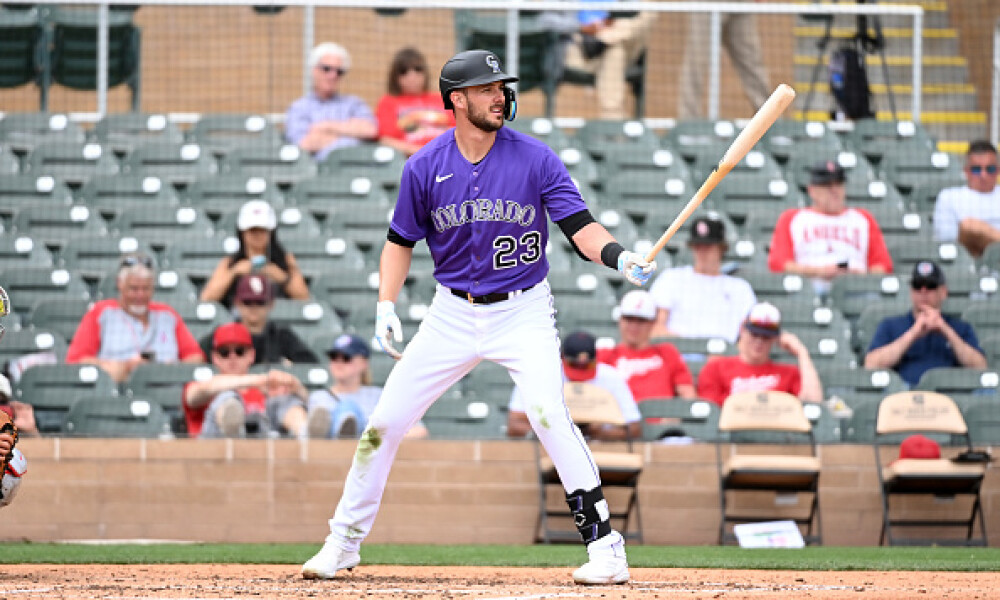 Your Fantasy Baseball Third Base Report comes with both good news and bad news. Rip the band-aid off? OK. The bad news is this will be the final article here in the Third Base Series. The good news? The 2022 MLB season starts up next week and that's probably the best news fantasy baseball players have heard since the MLB lockout ended.

Are you ready for your fantasy baseball draft?

We've got you covered with fully updated 2022 fantasy baseball player rankings and Howard Bender has been hard at work keeping the Ultimate Fantasy Baseball Cheat Sheet updated. But even with all of that, third base can be pretty tough to navigate. The position is not as deep as it once was and, as a result, we need to continue highlighting the ones you should be drafting.

If you have secured the #3 thru #5 pick in your fantasy baseball draft, chances are that JRam will end up being the first player taken on your team. This is a four-category offensive stud where only a .266 batting average in 2021 kept him from five-category status. He was one of only two 30/30 club players in 2018 and last year was one of only five members of the 25/25 Club, an elite group that separates him from others at his position due to his ability to swipe bases. Third base is a bit boring this season, making Ramirez and his high floor and ceiling even more attractive than in other years. If Trea Turner is off the board and JRam is still available when it is your turn- take the money and run.

Bryant was already useful last season with two teams– 25 home runs, 86 runs, 73 RBIs, and 10 steals. His barrels (39) were his highest since 2017; barrel % (10.3) highest since 2016; exit velocity (88.2) since 2016 and the list goes on. Bryant’s signing with the Rockies may be the most impactful fantasy move of 2022. He goes from a bottom-five ballpark for hitters to the most hitter-friendly park in the major leagues (per Statcast). The thin air sends balls out of the stadium and players’ offensive numbers, especially home runs, batting average, and slugging percentage get big boosts. Look for his numbers to get back to pre-2019 Kris Bryant and with a current ADP of 86.09 he should be taken even before Nolan Arenado (70.74), Adalberto Mondesi (58.86), and bold prediction here- even Austin Riley (52.46).

Chapman is another player that saw a big upgrade in hitting environments with his trade from Oakland to Toronto. He finished seventh in AL MVP voting in 2018 and sixth in 2019- 24 home runs and 36 home runs, respectively. Last year, he struggled and ended with a mediocre .210/.314/.403 slash. He did smash 27 home runs but struck out 202 times in 529 at-bats. This is a remarkably comparable situation to former Athletics MVP Josh Donaldson, another gold glove caliber third basemen with an inconsistent bat in Oakland. When traded to Toronto in 2015 Donaldson smashed and it is interesting that Chapman's been better through the same point in their careers. Chapman has had hip issues and they seem to be behind him now. He enters a park in Toronto that is welcoming to right-handed power hitters and now has one of the best offenses in baseball hitting around him. Do not be surprised at the end of the year if Chapman is in the conversation for Comeback Player of the Year with a .280 average and 35 home runs on his stat line. A 180.30 ADP is ridiculous so jump all over this veteran hitter.