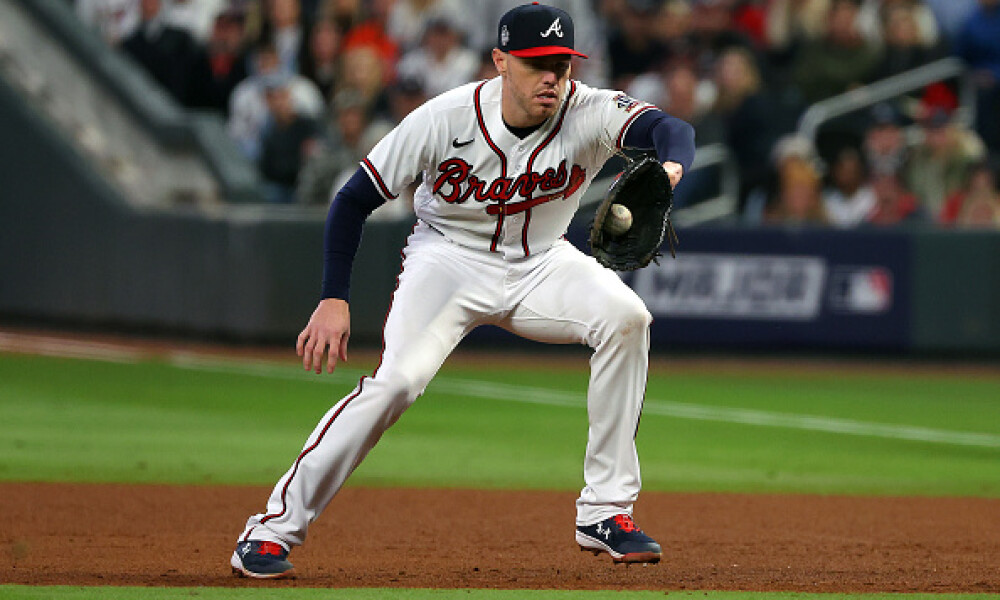 Thanks to the MLB lockout, fantasy baseball players are finding their draft preparation to be more complicated than usual. Spring training games have already been pushed back to at least March 5 and we still have over 150 unsigned free agents.  With ownership and the MLBPA set for a series of meetings this week, the hope is for a new CBA to be ratified and we can get back to business. When it does, we are going to see a flurry of free agent signings, so if you are drafting soon – whether it’s for Best Ball or full-season -- you need to be ready. Understanding who is still out there and where they could end up is paramount to your prep work and staying ahead of your competition.

First base doesn’t have the depth it did even just a few years ago, so paying attention to anyone who can slot in at the position is worthwhile, especially when you find yourself in an AL or NL-only league. The position isn’t loaded with available talent, but there are a few names to keep your eyes on.

Freddie Freeman has everything you could possibly want in a first baseman, whether it’s a 30-homer bat, a .300 average or even an OBP that hovers somewhere near .400 for the season. He’ll hit no matter where he lands, but you obviously want productive table-setters in front of him with some decent enough protection behind him in the order. Most expect him to stay in Atlanta a nd renegotiate a long-term deal, but there are whispers the Yankees are in the hunt. While New York lacks the table-setters the Braves have, Freeman’s left-handed power plays beautifully with that short porch in right field.

At 32-years-old, we are seeing a steeper decline for Anthony Rizzo than we are for Freeman who is of the same age. Maybe it had to do with the Cubs falling apart, but even when he went to the Yankees where left-handed hitting thrives, he only slashed .249/.340/.428 over 173 at-bats with them. Word is that he wants to re-sign with New York, but they are looking at Freeman or a potential trade for Matt Olsen first. If the Braves lose Freeman, Rizzo could be a decent option while the Cubs have also been mentioned as a possibility. Arizona, Cleveland, Boston or even Pittsburgh could also be in the mix.

Ronald Guzmán is a tough sell for most as he’s 27-years old, has struggled to hit for power and he missed most of 2021 with a torn meniscus in his knee. Still, teams looking for a left-handed bat may look to add Guzman for bench-depth as he can also play in the corner outfield. Given what we’ve seen happen in the realm of injuries with the shortened seasons and limited spring training, he could land somewhere and be just one injury away from a starting job.

The Brewers let Daniel Vogelbach walk after last season so we have another left-handed first baseman sitting on the open market. He did smack 30 home runs back in 2019, so there is a power element some teams could look to add. There are a few low-end teams like Pittsburgh who could be looking for a stop-gap and maybe have a right-handed bat they want to pair up for a platoon.

It’s never a good sign when the Pirates designate you for assignment and when that happened last season, we knew the 29-year-old Colin Moran would be on the market this offseason. There’s not a lot to love here for fantasy purposes, but he is also another bench-depth candidate for a team who may need a lefty bat for a platoon.

Where does Fantasy Alarm have these first baseman ranked? Full fantasy baseball player rankings from Jim Bowden, Adam Ronis and Howard Bender can be found here in our Fantasy Baseball Draft Guide.