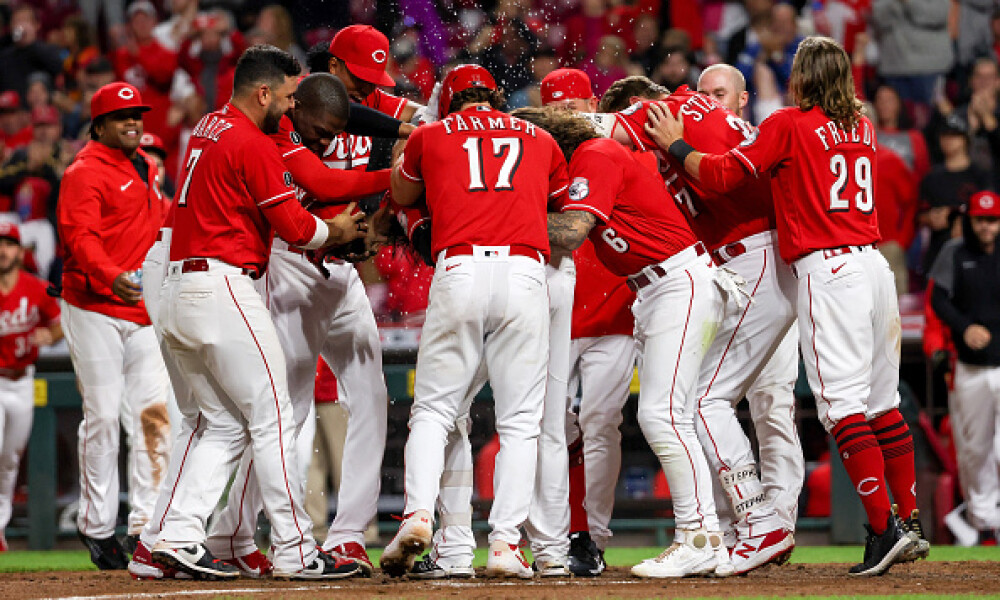 When we start playing DFS, we get a sense of what we prefer between cash games and tournaments. Some people like the safety and the incremental bankroll build that cash offers. Others enjoy shooting for the moon and winning that life-changing money or just hitting it big in general. We’re going to be focusing on the latter: helping you approach different strategies for tournaments so you can hit it big! Or, dominate in smaller tournaments to build our bankroll so we, not Jeff Bezos, can be the next ones headed to the moon!

MME (Mass Multi-Entry) Tournaments: These are big boys. The ones that have 50K+ entries or more. The ones that you can max enter 150 lineups, where you face a lot of computerized lineups. These have the biggest prize pools, but they’re the hardest to win considering how many different variations of lineups people are capable of.

Single-Entry Tournaments: If you don’t love swimming with the sharks, look no further than single-entry tournaments. No computers are entering 150 lineups in these types of contests, it’s you versus thousands of others optimizing one singular lineup. This is my favorite type of tournament because if you’re not using a generator and are hand-building everything, this is the perfect fit for you too. The number of entries in these types of tournaments is FAR less than in multi-entry tournaments. Mix in a little cash game theory while sprinkling in some GPP ideologies and voilà! You have your single-entry builds ready to go!

Winner Take All: These are the riskiest of the options for sure. It is exactly what it says it is. If you don’t win, you go home empty-handed. Approaching these tournaments is tough, but because it is a smaller field – generally – you don’t need to build extremely contrarian lineups. These are tournaments not high on our priority list, however.

In MLB DFS, stacking eventually becomes an art form. Approaching it like a blank canvas and building out your “Mona Lisa” in the form of a four-piece Astros stack that wins you a tournament. But there are multiple ways to stack, not just one.

Full-Team Stacks: This is generally the approach, in MLB DFS specifically, that people like to take and win tournaments with. On both DraftKings and FanDuel, you fill out your lineup with eight position players. Full-team stacks generally result in 4x4 stacks. If both of those lineups have big days, you’re in a good position to have success. On DraftKings specifically, you can use up to FIVE guys from one lineup if you would like. That is not generally the optimal approach, however.

Full Game Stacks: If there is a game being played and each team is deploying two gas cans, otherwise known as horrible pitchers, you could entirely stack one whole game. You’ll know if that’s a solid approach when you look at the over/under for runs in Vegas and the number is one of the higher marks of the slate.

Stadium Buffs: The title says it all. Why not stack a game that’s being played in an elite hitting environment?

Here are the best parks to hit in per Baseball Savant in 2021. Sign me the hell up for the Reds and the visiting team stack at Great American “Small” Park! 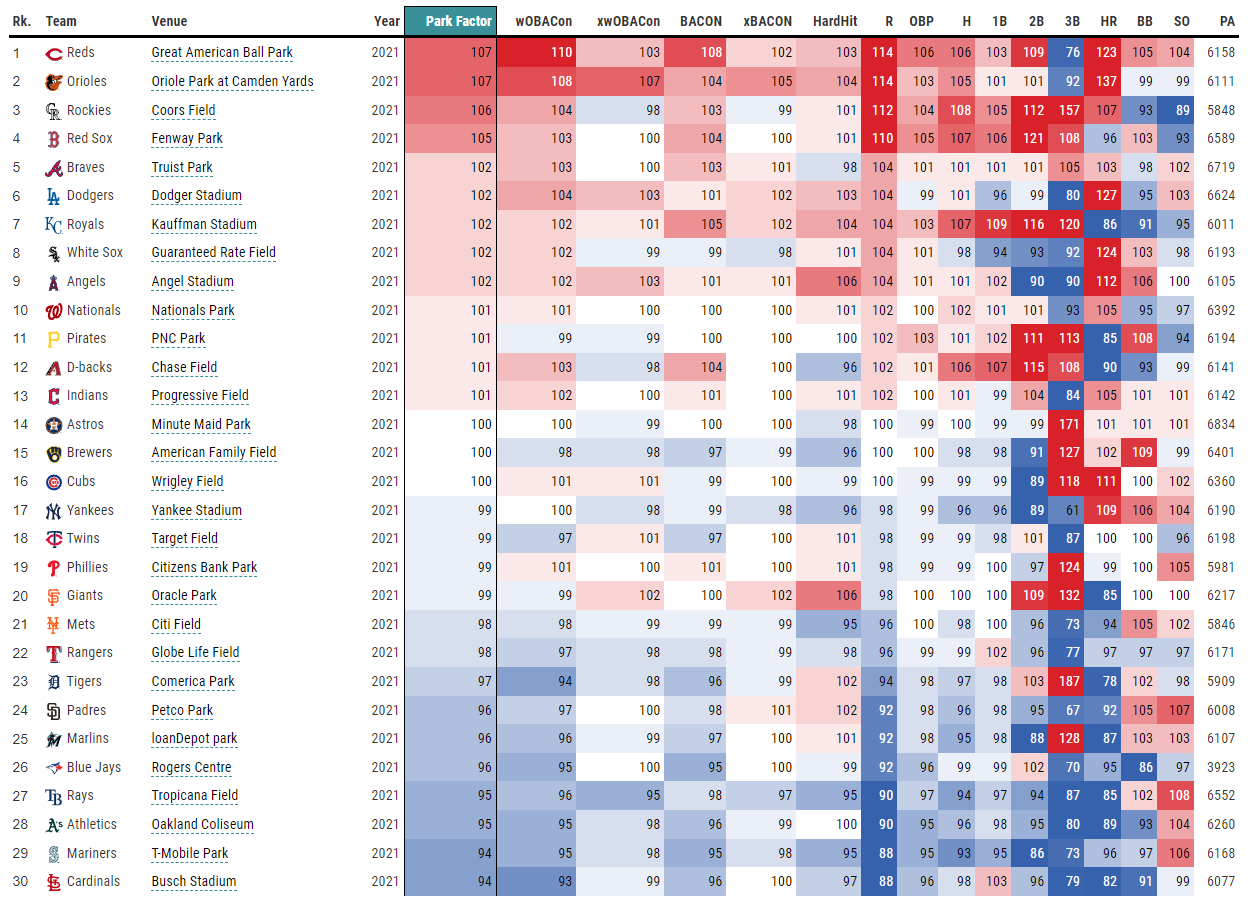 Mini stacks: If you’re not someone who likes to play a lot of lineups and generally sticks to just one but there are a LOT of teams you want to get exposure to, you could try mini stacks of all of them. 2x2x2x2 to sprinkle in some options from each game. This isn’t as optimal of an approach as some of the others, but sometimes the slate lays itself out for something like this.

There are also specific things we should be looking at and will eventually know by knowing the pitchers in play as well as the ballpark being played at, amongst other things.

Chalk: Approaching the “chalk” of the slate is an age-old debate. Chalk plays represent the most popular plays of that given day and slate. The debate and the talk of the town on every slate are whether the aforementioned chalk is good or bad, which is up for interpretation and is where the research really comes into play. Chalk comes from a lot of different sources.

Pivoting: Pivoting to the lesser rostered player(s) or the “contrarian” option(s) is a very popular approach as well. If a player is in a less-than-ideal match-up, he’ll likely be lower owned than someone in a better match-up. Pivoting to them could give you a leg up on the field if your guy outperformed the other teams’.