Behind The Breakout: Tarik Skubal 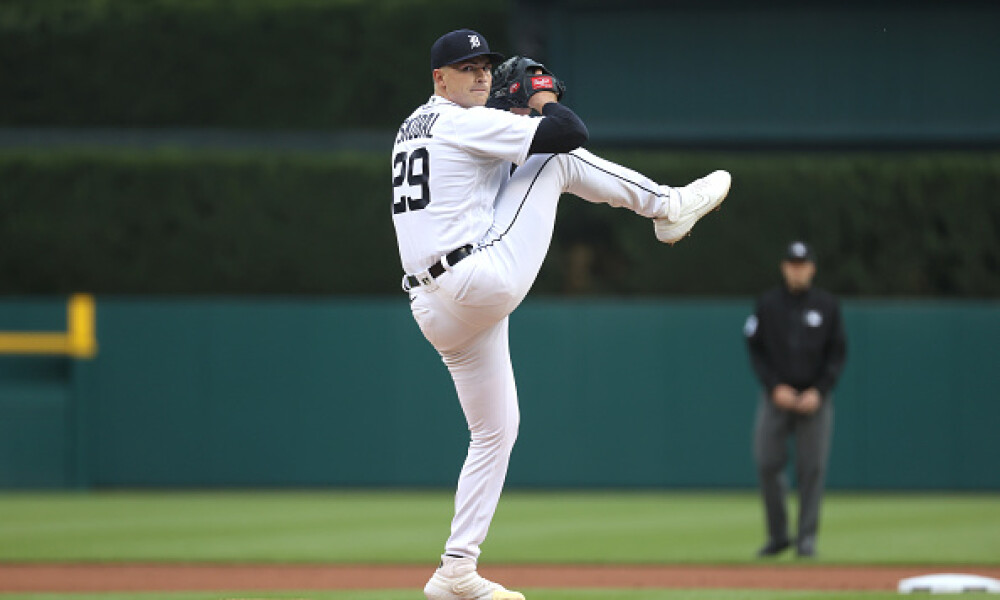 While many fantasy player's thoughts drift to upcoming football drafts, those still invested in the grind of baseball's marathon regular season start preparing for next year while moving up in the standings. As always, trying to discern between a hot streak and a breakout can be difficult. However, in the case of this talented Tigers southpaw, a change in pitch mix and throwing more strikes fueled his in-season breakout.

Tarik Skubal started the season slowly losing seven of his first eight starts and owned a 5.23 ERA after his first 10 appearances of the season. In his nine starts since, he owns a 5-1 record with a 3.31 ERA over his last 51.2 innings with 60 strikeouts, a 1.18 WHIP and improved underlying data backing it all up. So, what happened?

Between Skubal's starts from April fourth through May 25th he mainly used three pitches:

Being predictable as a young pitcher leads to bumps in the road and using his four-seam so much affected Skubal, evidenced in his pitch usage chart by situations courtesy of Brooks Baseball:

He only used his slider when ahead against left-handed hitters but in almost all situations, ahead or behind or even in the count, the four-seam fastball remained his preferred pitch of choice. Skubal dabbled with his change-up and used it over five percent of the time early on this season, but once he increased his deployment of the offering, along with mixing in a sinker, his season took off. From May 30th, until his win on July 19th, his pitch mix evolved:

Here's the same chart using this time frame illustrating his arsenal and improved approach attacking hitters with offerings other than his four-seam:

Building on this, the results within these two splits cannot be ignored. Using many of my preferred underlying data points, here's Skubal's numbers using his first 10 outings versus his last nine:

Do not overreact to an increase in Z-Contact (in the strike zone) percentage since he's throwing more strikes (up almost four percent) with the pitch mix improvements. Focus on the precipitous drop in WHIP from 1.51 to 1.18, the increase in strikeout percentage while cutting his walk rate and the five wins in six decisions. Sometimes a hot streak can be fluky, but with the tweak within his arsenal and trusting his stuff, Skubal's not only in the midst of a breakout, it should be a sustainable one.

Taking this one step further, using each split once more along with adding in swinging strike percentage by pitch, ground ball rate and batting average against:

As a result of his evolution this season, Skubal finished the first half with 105 strikeouts, the most by a rookie pitcher in Detroit history since 1947. He also recorded eight straight starts from May 18-through-June 27 giving up three runs or fewer in the winning four of five decisions with a 2.82 ERA over 44.2 innings with 63 strikeouts in them. He also racked up eight strikeouts or more in four straight starts from May 19th through June fifth becoming the fifth rookie starter ever accomplishing the feat and the first since Noah Syndergaard (2015).

There's a little bit of time to mine the gains displayed by Skubal in fantasy but soon he will be tapering back his workload keeping him healthy and productive in the upcoming seasons. But, be sure he will appear on many preseason lists as a pitcher worth targeting in 2022 and keep this pitch mix revolution in mind moving up a round or two ahead of his average draft position in order to roster him next year.

Sometimes a hot steak sows the seeds of future success, and in the case of Tarik Skubal, it should stick based on the improved change-up unlocking his potential.

Before signing off, I just wanted to express my best wishes to my colleague, Andy Spiteri, who entered hospice care after a battle with pancreatic cancer. His work ethic and using fantasy sports to escape a terrible disease deserves to be remembered and celebrated. A man who was encouraging, kind and always supportive, be well Andy and all of our best to your and your family at this time.