Behind The Breakout: Rafael Ortega 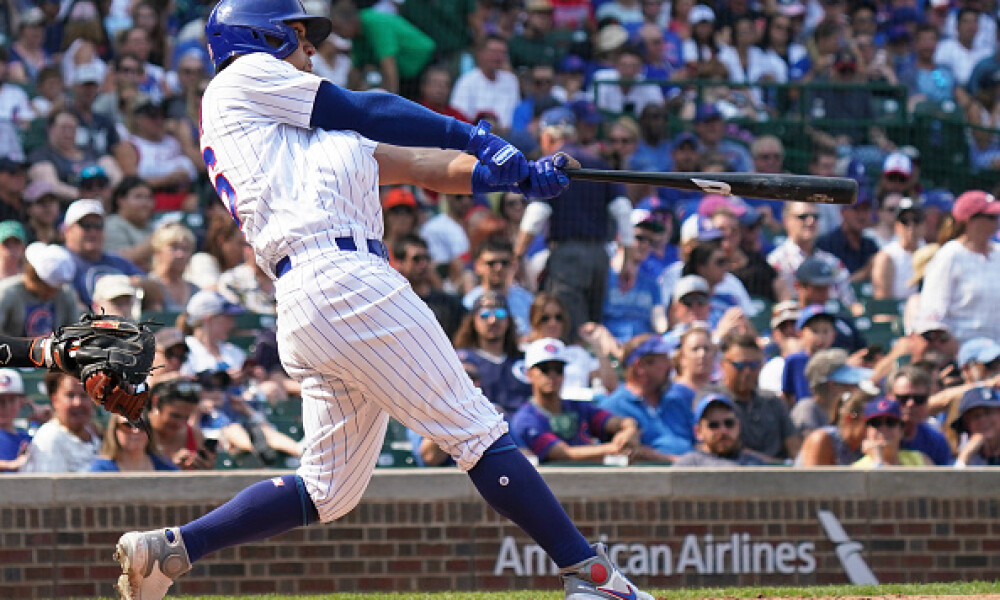 Putting labels like a "Quad-A” player can be harmful for fantasy purposes since some players experience late age breakouts. It can be parts of their skill set emerging later in their development or as simple as a pathway to playing time. It's too early to buy into a full fledged breakout by Rafael Ortega, but he's assured of playing time over the last two months of the season and producing intriguing numbers for the Cubs. One recalls Whit Merrifield being promoted during his Age-27 season by the Royals. He hit .283 with two home runs and eight stolen bases over 81 games but many overlooked him in 2017 drafts due to his age. He led the American League in stolen bases with 34 and slashed .288/.324/.460.

Prior to Merrifield getting his chance he owned a .290/.336/.420 slash at Triple-A over four seasons in 289 games and 1,280 plate appearances with 19 home runs along with 64 stolen bases. For reference, Ortega's in his Age-30 season but receiving full-time at-bats for the first time in his career in the majors. Here's his last four seasons at Triple-A along with his career rates at the level:

Comparing one player to another comes with inherent risk, since no two paths will be the same. It's worth noting the power spike Ortega displayed while with Atlanta's Triple-A team in 2019 which carried over to the majors this year. Armed with on-base skills illustrated by his career .368 rate at Triple-A, he's settled in at lead-off for the post trade Cubs and assured of playing time until the end of the season.

It remains to be seen if his 2021 campaign ends up as a breakout during his major league career, but for this year, it's in full effect. Through 58 games he's logged 155 plate appearances with 18 runs, six home runs, 16 RBI, seven stolen bases and a .331/.383/.521 slash line. He owns a 7.1 walk rate with a 24.5 strikeout percentage and an unsustainable .481 batting average on balls in play (BABIP). Speaking to his on-base skills, his .387 weighted on-base average (wOBA) stands out though some regression could be pending.

Over the last 30 days, he's among the league leaders in home runs (4) and stolen bases (5) in 85 plate appearances spanning 25 contests. Only Bryce Harper, Cedric Mullins and José Ramírez accrued at least four home runs with five stolen bases in this time frame. Pretty good company. Ortega's also slashing .410/.459/.654 in these 25 games with a .244 isolated power, 8.2 walk percentage, 24.7 strikeout rate and an even higher .528 BABIP. So yes, he's on fire right now. But, for how long? This remains the $64,000 question.

When diving into his Statcast data and starting with his rolling expected wOBA chart, here's how it looks using every 10 plate appearances from this season as the factor:

Some ups and downs displaying a potential streaky side to his data accumulation, but he's carried over his ability of being on base to the majors. Ortega's produced 105 batted ball events this year with eight barrels (7.6 percent), a robust 46.7 sweet spot percentage and a 41.9 hard hit rate. Even in his limited samples in the majors during 2018 and 2019, he generated line drive rates over 28 percent in each. This year, he owns a 32.4 ground ball rate, a 27.6 fly ball percent and 32.4 line drive percentage fueling his current batting average.

Recalling Statcast uses quality of contact when providing its expected statistics, Ortega possesses a .305 expected batting average, a .453 expected slugging and a .355 expected wOBA, 32 points below his actual. So, fantasy players should plan on some migration to the mean, but by no means a collapse. Here's his zone profile this year:

When he hits for power, it's to his pull side, which remains a common trait but Ortega's also willing to hit to the opposite field evidenced by his spray chart this season:

Predicting how he finishes remains a mystery. Weighing his enticing .448 expected on-base average on contact (xwOBAcon) and the BABIP over .400, he has to cool off right? How much regression occurs as the league adjusts to him will factor in if Ortega gets another chance in 2022 and how fantasy players view him going forward. Due to his limited time in the majors, the projection systems will dial him back to past results at this level. Take a look at his rest-of-the-season numbers from Fangraphs:

Forward thinking fantasy enthusiasts will key on his walk and strikeout rates the remainder of the season and if he continues hitting for power while producing stolen bases. He's on track for double digits in each category despite his limited time with the Cubs this year. Right now, ride the heater and track closely how Ortega adjusts through October. There's going to be peaks and valleys illustrated in his rolling wOBA chart, but mining runs, home runs and RBI until the end of 2021 could prove profitable for those taking a shot on a potential late age breakout. There's not much to lose at this point, and precious spots in counting categories to be gained.