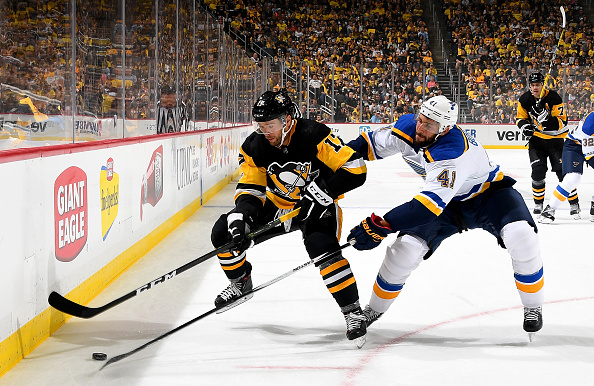 Each week of the National Hockey League regular season, we will take a look at some of the most interesting names that may appear on the waiver wire in various fantasy leagues. It may be NHL players whose situation has improved because of injury, minor-league players recently recalled (or on the verge of a recall) or off to fast starts in the AHL. Here is this week's batch:

He is often a forgotten man on a team loaded up front with the likes of Sidney Crosby, Evgeni Malkin, Phil Kessel and Jake Guentzel, but Rust is usually playing a top-six forward role in Pittsburgh. While he began the season at left wing with Malkin and Kessel, Rust has since moved to the right side with Crosby and Guentzel. Either way, the 25-year-old speedster could enjoy a breakout season if he continues to play a scoring role with the Pens. 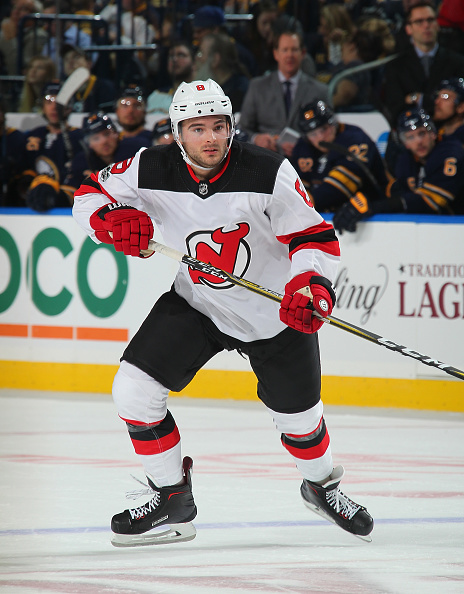 The 2017 Hobey Baker award winner has not needed any time to adjust to the professional game, and has quickly established himself as New Jersey's top offensive defenseman (and No. 1 PP QB). Butcher is still getting his feet wet in terms of his defensive play, but he is money on offense. In fact, his start to 2017-18 is reminiscent of Shayne Gostisbehere's rookie campaign with the Flyers two years ago. Grab Butcher before anyone else.

OK, so he would have been higher on this list judging solely by his sterling performance in Game 1 of the regular season (a 5-point game vs. the defending Stanley Cup-champion Penguins). Since then Hartman has slowed down his scoring pace, but still figures to benefit greatly from playing alongside Patrick Kane this season. One word of caution here, though: Hartman's appeal in fantasy hockey lessens quite a bit if taken off Kane's line.

Remember him? The much-maligned No. 1 overall draft selection in the 2012 NHL Draft is now onto his third organization in Colorado. Yakupov appears to have found a home in Denver, as he has gotten out of the gate in spectacular fashion with three goals and five points in four games so far in 2017-18. The speedy sniper has benefited from playing next to veteran Matt Duchene this season, but Yakupov deserves most of the credit.

Who? It is quite rare for a 19-year-old drafted in the sixth round the year prior to the current campaign to skip the AHL and jump directly to the big league, but that is exactly what Bratt is trying to accomplish. The Swedish winger is off to a great start to his NHL career with three goals and six points in his first three contests. Can he keep it up? There is always the possibility of him being returned to the junior ranks after a nine-game trial.

While most of the players on this list are 25 years old or younger, Jagr is the obvious old man of the group at age 45. Still, he was probably forgotten in most league drafts this year after signing with the Flames just prior to the start of the regular season. While he is likely done producing 60-plus points at the highest level, never count out the future first-ballot Hall-of-Famer from Kladno, Czech Republic. He has surprised hockey pundits before.

While Theodore was one of the Golden Knights' younger players sent down to the American Hockey League with the final roster cuts, he should be back in the NHL fairly soon. That is because he is off to a flying start in the AHL with the Chicago Wolves (and is clearly too good for the minor leagues). The Knights will try to move out some of their extra defensemen (they currently boast 9 on the NHL roster!) to make room for Theodore. 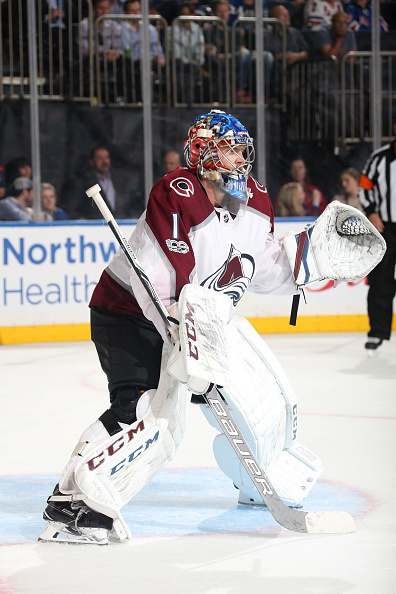 Already a strong candidate for comeback player of the year, Varlamov has looked like his old self following a full recovery from hip surgery. At 29, Varlamov should have several good seasons left in him. While Colorado was expected to struggle for wins once again this season, the Russian netminder has done his best to get his team off to a great start to 2017-18 (3-0-0, 1 SO, 1.67 GAA, .945 Sv%). He may have been forgotten in many leagues.

Successful teams such as the Blackhawks thrive on finding talent on the cheap in various parts of the world. Rutta is the second Czech defenseman signed as a free agent by Chicago in the last two years (after Michal Kempny in 2016). Rutta is the more offensive of the two rearguards, and he has so far put it on display nightly. There will be setbacks at some point but Rutta sees enough time on the power play to be worthy of a pickup.

The Sabres continue to have issues in goal in the early stages of the 2017-18 campaign, so they might soon have to turn to AHL standout Ullmark for help. The 24-year-old Swede is already off to a fast start with the Rochester Americans and may become an option in Buffalo if both Robin Lehner and Chad Johnson falter. The goaltending position is always a crap shoot (at best), but at least Ullmark seems to have what it takes to win.