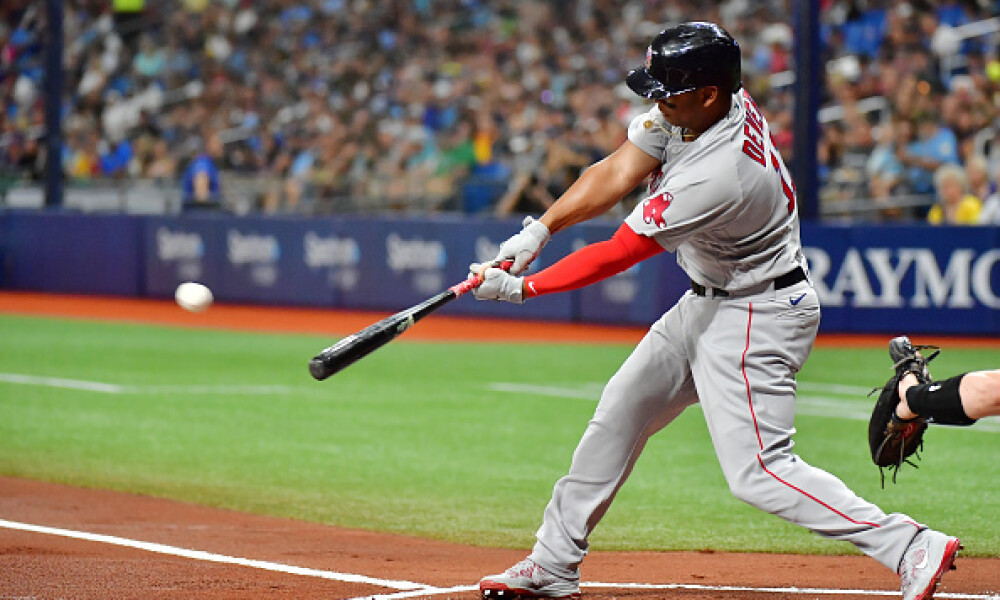 Wednesday is a full slate with plenty of good options at the plate as there aren’t a ton of high-level starters going today. So, you might want to either take a chance on a starter to get some of these great bats, or you’ll have to hit a couple value options to afford your lineup after paying for pitching. No matter the price point you are looking for, here are some good options for your Wednesday lineups

Jesse Winker, OF, CIN – He is coming off a rest day yesterday, but Winker has been scorching hot of late with a .391 average in the last seven days with three doubles and two home runs. We also know that we want Winker against right-handed pitching as he is hitting .349 with 21 of his 23 home runs as opposed to .172 against lefties. The Braves Touki Toussaint fits the bill as the opposing pitcher and while he hasn’t been bad this season he has allowed nine earned runs in his last 8.2 innings pitched with four home runs in his last three outings. Winker is also hitting better away from home with a .313 average (.299 in Cincinnati) and has hit well in Atlanta in his career with a .333 average there in nine career games.

Rafael Devers, 3B, BOS – I wasn’t in love with a lot of the top options tonight, so I am venturing a little farther down the list for Devers. He has been on base in five of his last six games and hit his first home run since July 26th last night. His season numbers are strong with a 41.2% hard-hit rate and a .393 wOBA. He hits pitchers fairly equally no matter which side they throw from, and his home/away splits are fairly even. The Rays will throw lefty Josh Fleming who has had a pretty good year but allowed three runs in five innings against the Red Sox back on July 30th. In that game, Devers had two hits in three at-bats including a home run against Fleming. That was less than two weeks ago, and I like to see that kind of success repeat itself in hitter-friendly Fenway Park.

Austin Meadows, OF, TB – The production has been a little inconsistent this season, but Meadows still has 24 home runs and 77 RBI after 103 games. He does have two multi-hit games in the last five, but they are sandwiched around a few hitless games. However, I like the matchup on Wednesday. The Red Sox are going to pitch Nathan Eovaldi who has allowed 12 earned runs in his last two starts that only spanned ten innings. He has also allowed three home runs in those two starts. Meadows hits for a 43-point higher average against right-handed pitchers and all but one of his home runs this season have come against them.

Jonathan Schoop, 1B, DET – I know he hasn’t been as bad lately, but I still want a piece of the action against Matt Harvey tonight. Harvey still has a 6.75 ERA and 1.57 WHIP at home and Schoop has been the hottest hitter for Detroit. Last night was his fifth two-hit game in the last six contests and he drove in four runs over that span. He also spent the first six years of his career playing for the Orioles, so he knows how to hit in Camden Yards quite well.

Buster Posey, C, SF – With a rest day Sunday and the team being off on Monday, Posey is well rested, and it showed with him reaching base five times yesterday including a home run. He now has six hits in the last three games he has played. It has been a great season for Posey after opting out last year and his .422 wOBA is the highest of his career (since they started tracking the stat). The Diamondbacks are pitching Merrill Kelly who shut the Giants out over eight innings last week, but Posey didn’t play in that game. He did have two hits against Kelly back on July 1st and has hit .417 against him in his career with a couple doubles and a home run.

Joey Wendle, 2B/3B, TB – Not a name we see on here often, but I definitely like the matchup today. We have already discussed Eovaldi’s struggles of late, but he has had a really hard time with Wendle. In 11 career at-bats, Wendle has six hits against the Red Sox starter (.545 average with a double, triple, and home run. The Rays hitter does all of his damage against right-handed pitching with a .312 average against .173 versus lefties and all seven of his home runs have come against right handers. He has hit .317 at Fenway for his career as well with seven extra base hits in nine starts there.

Jarred Kelenic, OF, SEA – There was a lot of hype surrounding him coming into the season that hasn’t amounted to jack squat yet, but he is nearly free. There have been some signs of hope for Kelenic in the last two weeks as he has hit three home runs and has had four multi-hit games since July 30th. He has hit four of his five home runs against right-handed pitching and faces a pitcher struggling equally as much. Spencer Howard has not had a better time since being traded to Texas, in fact he has allowed seven earned runs in his last six innings. The kid is very talented but hasn’t found his way in the Majors. When he gets the hook, the Rangers bullpen ERA is nearly 4.30 so there is a solid chance that we see something from Kelenic today.