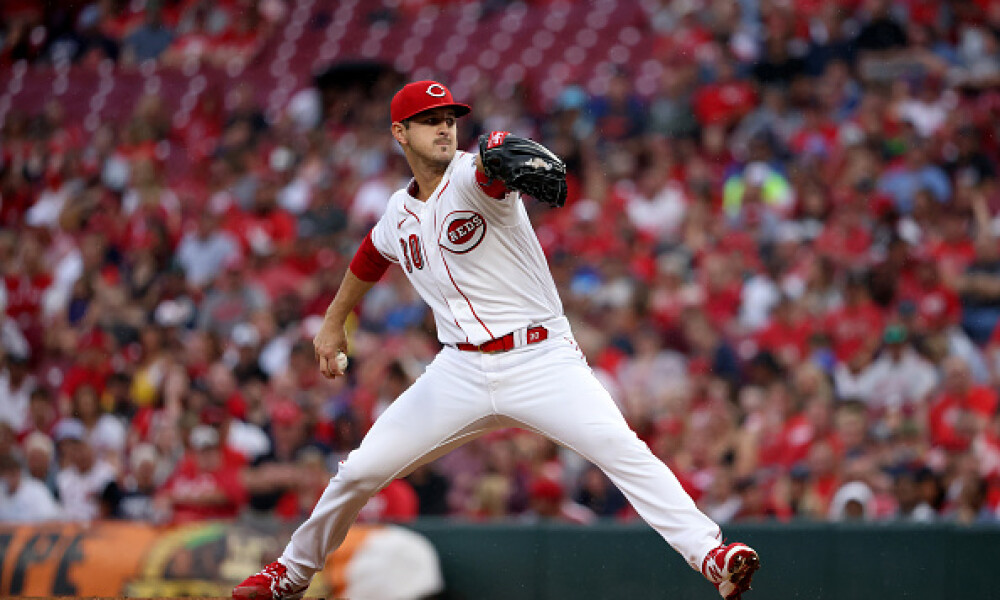 Kevin Gausman (SF) – The bar might not exceptionally high on this abbreviated slate, but Gausman is one of the better options. Gausman’s 2.65 ERA on the season shows how dominant he was earlier in the season as he has a 4.47 mark in his last 10 starts. With that being said in only of those starts, the oldest of the bunch, has Gausman allowed more than three earned runs. Instead, the fact that he is averaging just over five innings per start over that stretch makes the ERA look worse than it is and the takeaway for me is the 17 DK points he is averaging thanks to 63 strikeouts and five victories. The right-hander is coming off a start that saw him allow three runs over six innings while picking up the victory and striking out nine. There is no reason why he can’t repeat that performance this afternoon.

Tyler Mahle (CIN) – In continuing what should be a now recognizable theme, I like the match-up for Mahle against Pittsburgh as he continues a successful season. From a pitch perspective, generally around 100, we don’t have to worry about workload for Mahle but the issue is the length of his innings as he generally doesn’t get through more than six. With a 3.80 ERA in the second half of the season, the right-hander is looking to finish the season both strong and with consistency considering his 3.73 ERA and 1.21 WHIP. Striking out 10.62 batters per innings also helps from a value perspective here.

Germán Márquez (COL) – When get to slates with as few options as this one, it is sometimes unavoidable to take both starting pitchers from the same game. Of course, you are eliminating the opportunity for two wins, but at the same time you are hedging to perhaps come away with one. Although based on how the game goes these days, it’s very possible you end up with no wins from your starting pitcher so why not just value the board and value? Seeing Marquez away from Coors Field would pique your interest at first glance but his ERA on the road (4.93) and at home (3.16) might change your mind. With that being said, Marquez threw six shutout innings in last start in Philadelphia while striking out six.

Ian Anderson (ATL) – Anderson’s three starts since his return from the Injured List have been a mixed bag but I’m perfectly fine blaming Coors Field on it. The right-hander picked up the victory in his last start against Miami by allowing two runs over five innings while striking out nine. With a 3.61 ERA on the year Anderson has been a solid option even if he hasn’t completely lived up to what he did in the postseason last year.

Daniel Lynch (KC) – I’m not saying we are without risk here, but remember it is a short slate and to me Lynch has less risk than the other lower tier options.  A 5.37 ERA is never what you want to see out of your DFS starter, but his 4.71 FIP certainly looks a lot better than his 6.11 xERA. There are some good starts mixed in there, and the 7.42 strikeouts per inning are solid as we can’t forget his seven innings of one run ball against the Astros a few starts ago. After allowing one earned run in three starts beginning with that game, Lynch has allowed 10 runs and four home runs in his last two so let’s hope a rebound is in order.