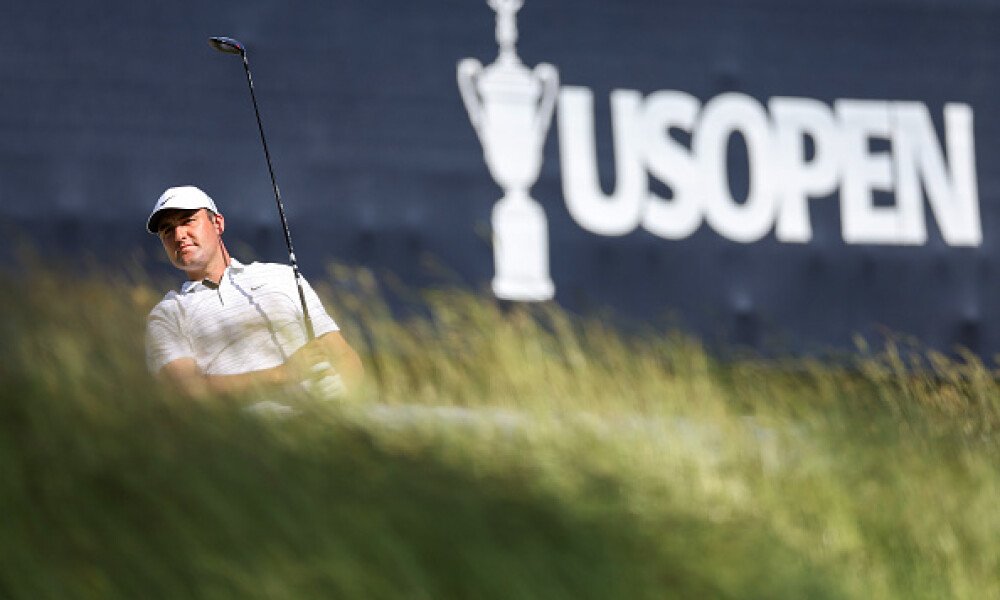 This week's PGA DFS slate features a major championship tournament at the 2022 U.S Open. Before you build DFS golf lineups, be sure to check out the free quick preview of the upcoming PGA Tour event. Then, you can set PGA DFS lineups for the U.S Open with this playbook as we look at all the favorites, longshots, and contenders to get into daily fantasy golf contests. Be sure to check out the PGA DFS projections for the U.S. Open and stay up to date on the latest golf news. This playbook will focus on the PGA DFS top plays for daily fantasy golf lineups on DraftKings, FanDuel, and Yahoo Fantasy.

Before we get into this week's U.S Open, let's take a quick look back at the previous PGA Tour event at the RBC Canadian Open. I just can’t say enough about the performance and statement made by the PGA Tour professionals in Canada last weekend.  That final group on Sunday of Rory McIlory, Justin Thomas and Tony Finau was world class golf at its finest.  Those guys put on a show with the worst round carded between them being a 64.  You could tell that Rory, especially, had something to say and he made sure to say it in his post round interview.  It was also a good week for the playbook as Justin Thomas, Tony Finau, Sam Burns, Corey Conners, Danny Lee and Aaron Rai all finished inside the Top 15.  We can hope that this momentum leads to success this weekend in Brookline, Massachusetts.  The course is located just minutes outside the Boston city limits.  One of the most exclusive places to live in the area with Robert Kraft, John Henry and Tom Brady to name a few that have all called this place home.

If Boston sports fans didn’t have enough to deal with right now from the Boston Celtics battling in the NBA Finals against the Golden State Warriors to their beloved Red Sox trying to climb back into the AL East race.  Now, they welcome in the best golfers in the world to compete for the 122nd United States Open title at The Country Club.  Every single player in the Top 25 of the world golf rankings will compete this weekend in Brookline whether they are playing on the PGA Tour or LIV Tour.

This will be the first time since 1988 that the U.S. Open took place at The Country Club when Curtis Strange took home the trophy.  In the 140 year history of this course, it has hosted some of the most memorable moments in golf history.  The course has hosted four U.S. Opens, six U.S. Amateurs, three U.S. Women’s Amateurs and a Ryder Cup.  From 20-year-old caddie Francis Ouimet winning the 1913 U.S. Open to Justin Leonard’s miracle 45-foot putt to help the United States win the 1999 Ryder Cup over the Europeans.  We can only hope to see more magic this weekend.

The Country Club will play as a Par 70, stretches out 7,264 yards and features poa annua greens.  You will see extremely fairways, high thick rough, and some of the smallest greens you’ve ever seen.  While the course is not very long by PGA Tour standards, it will challenge these players like all U.S. Open courses.  Natural mounds and hills will cause these players' balls to bounce and roll into disastrous situations.  Pebble Beach is a good comparison because of the length and environmental problem areas.  These players will face a lot of long Par 4s which will pose challenging second shots.  Precise ball striking will be at a premium this weekend.  After all that, the tournament will come down to putting on these extremely small poa annua greens.  Whenever the USGA sets up the U.S. Open, you can expect it to test these players throughout their bag.

We should see temperatures in the high 70s and low 80s throughout the weekend in Brookline.  It looks like we may avoid any major weather concerns.  There is a slight chance of rain in the afternoon Friday but it’s less than a 50 percent chance.  Hitting these very small greens will be made more difficult with winds expected to be in the mid teens throughout the weekend.  The weather will not determine the outcome of this major championship and that’s a good thing.

It will be an awkward week to say the least, just look at Phil Mickelson’s press conference on Monday.  You could tell he was upset by the PGA Tour’s decision to suspend him from competing in their events.  We could see some interesting crowd reactions to Phil, Dustin Johnson, and the rest of the LIV players competing this weekend.  We will miss the presence of Tiger Woods on the grounds but he is making the right decision.  He needs to rest before the Open Championship next month.  There is no way he’s going to miss out on a chance to play at St. Andrew’s for the Open Championship.

ONE AND DONE PLAY: WILL ZALATORIS

Check out our list of the best, and most trusted sports betting and fantasy sports promo codes from the top legal sites in your state.