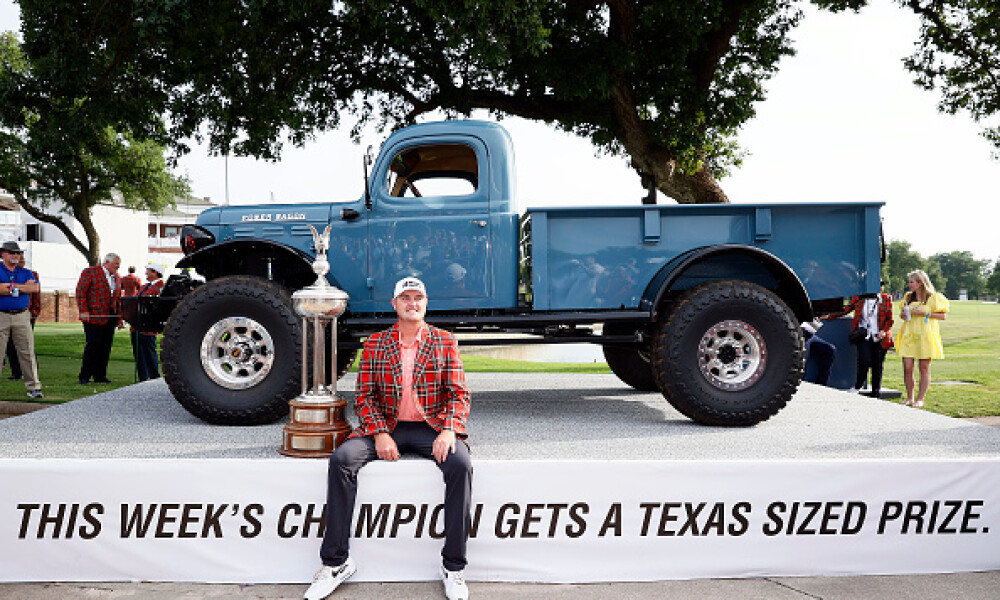 The PGA Championship was everything we wanted and more.  We had surprises, adversity, tragedy, triumph, a comeback for the ages and a playoff finish.  While I felt awful for Mito Pereira after that 18th drive, I can’t say I was upset to see Will Zalatoris and Justin Thomas battle it out in a playoff.  While everyone is going to look back at his short missed putt, I just see a kid with a bright future and multiple major victories before his career is over.  He is the first player with 5 Top 10 finishes in his first eight career major starts since Ernie Els.  Congrats to Justin Thomas on finally reaching that milestone second major championship.  It’ll be hard to come down after a huge week in Tulsa but we will try at the Charles Schwab Challenge.

Colonial Country Club is the longest running non-major event held at the same site, since 1946.  We’ve got a field of 120 invitees but only about half the field have a legitimate chance to win.  The course is a relatively short Par 70 measuring out 7,209 yards.  It is a real test with very tight fairways and small bentgrass greens.  The short hitters are in play on this course and you’ll notice that throughout my playbook.  We’re looking for accurate fairway drivers (Strokes Gained: Off the Tee), good ball strikers (Strokes Gained: Tee to Green) and the ability to get the ball in tight to the pin (Strokes Gained: Approach) and always a solid putting stroke.  You should also take a closer look at Par 4 scoring because there are two more than a typical course.  Jordan Spieth knows this course better than most anyone in the field.  There’s a reason why he’s won here and has three other second place finishes.  He will be extremely popular this weekend in DFS.

You really need to have a combination of course experience and success before reaching the top of the leaderboard at the Charles Schwab.  Experience is huge for me on this course because of those Texas winds.  We’ve spoken about them many times this season and you’ll see a lot of familiar faces in my playbook.  The temperatures will reach the low to mid 90s but the gusts don’t look like they’ll ramp up until after the cut line on Friday.  Also, the winners of this event with a few exceptions have had Top 20 finishes previously at this tournament.  The average age of the winners over the last 20 years is around 36 years old.  Daniel Berger was an exception at 28 when he won but Jason Kokrak was just one week from turning 36 last year.

The field is legit this weekend especially if Bryson DeChambeau does indeed tee it up.  Justin Thomas fresh from his victory, Will Zalatoris licking his wounds, and Collin Morikawa in need of a bounce back.  The average score per round in 2021 was 70 and the average winning score over the last five editions is 14 under par.  The players will be tested but the scoring opportunities are out there for the taking.  Seven players have shot 61 at this tournament.  It’ll be a fun week in the Lone Star State.