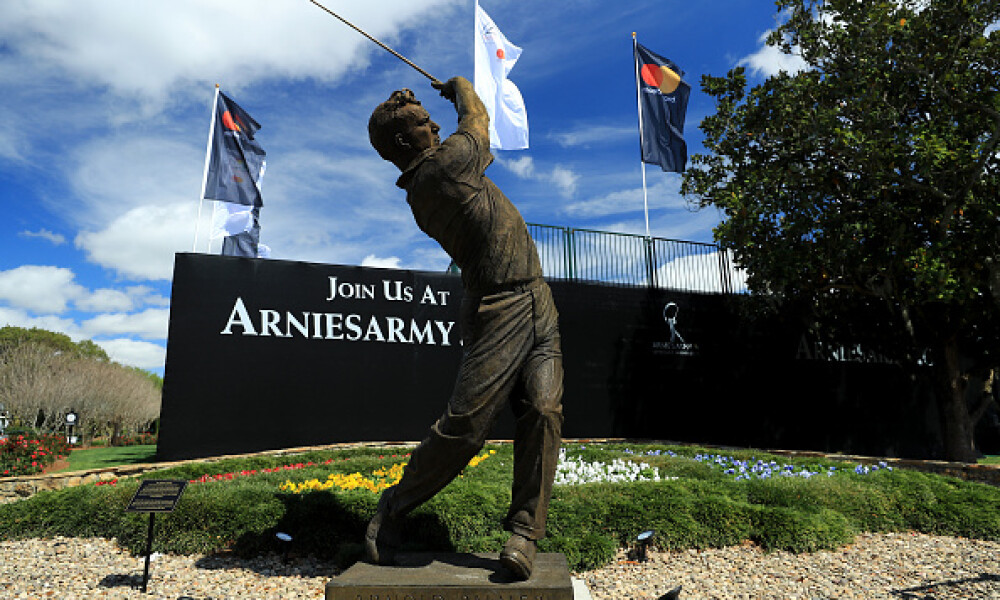 I will not say that I was happy to see Daniel Berger collapse on Sunday but I was not upset about it.  I love the guy but I wanted to see if he was over his back injury before rostering him.  Shane Lowry was so close to taking home the title until the weather came in and ruined it.  The Irishman said that he felt like the rain took the title away from him.  Congratulations to Sepp Straka on a fantastic final round to claim his first career PGA Tour victory.  He became the first Austrian to win on the PGA Tour.  PGA National is where chalk goes to die and it killed all of it once again this past weekend.

I say it every year but it just feels different since the “King” left us a few years back but it doesn't mean we can't celebrate the man. I know the players have talked about how it has felt empty without him roaming the grounds talking to the players and greeting all of his adoring fans.  Arnie was truly one of a kind and one of the most popular golfers in the history of the game. The working-class hero from Latrobe, Pennsylvania became a household name in 1958 when he won his first of four Masters Titles. The legend finished his professional career with seven majors including one U.S. Open and two British Opens.  He never did complete the career grand slam, finishing second in the PGA Championship three times.  I know you can find all this information on Wikipedia but I feel like it bears repeating every year as we honor him at his event, the Arnold Palmer Invitational at Bay Hill.

This is an invitational which means only a select group of golfers were asked to participate.  We will have a total of 120 golfers in the field this week. I have a personal list of golf courses that are on my bucket list and this would definitely make the cut.  Bay Hill Golf & Lodge is a par 72 that reaches 7,419 yards.  The track went through a redesign in 2010 and another one to the greens in 2016 to help out with the muddy spots around the course.

This course is considered one of the toughest non-major courses on the PGA Tour, especially for a Par 72.  Two years ago the scoring average was all the way up to 74.1.  One of the first things I take a look at for this course is the average fairways hit which usually lands around the 65 percent mark.  If you look at the players in the Top 10, they are usually right around that mark or even better. There are exceptions to every rule especially when you look at Tiger Woods (8-time winner of this event) history, he usually ranked at the bottom in fairways hit but he can't be compared to anyone else.  The rough around this course will punish these players if they can’t stay out of it, so smart players will club down off the tee to keep it in the short grass.

Driving distance is typically not a must-have but it’s nice if you can keep it in the fairway.  These players will have to attack the small but firm greens which means Strokes Gained: Approach once again becomes a vital stat.  These players will not be able to completely avoid the rough, so scrambling will be important as well. You'll be able to tell rather quickly whether your golfer has his "A" game as the first three holes at Bay Hill are considered the toughest opening three holes on the Tour.

My One and Done selection is Matt Fitzpatrick.